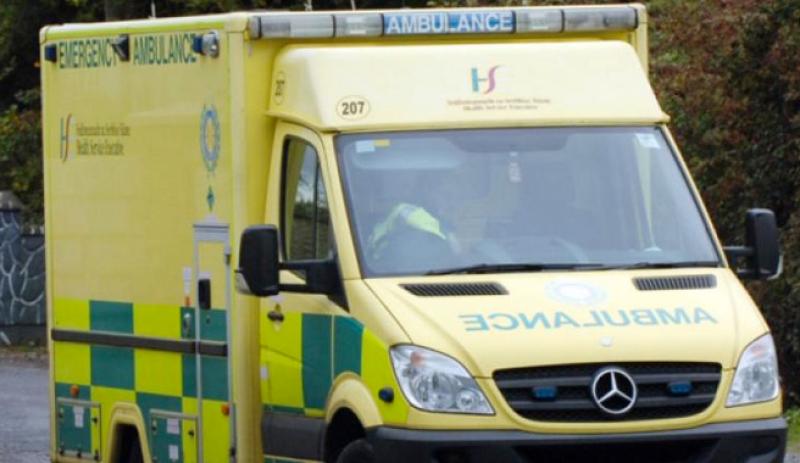 The level of ambulance cover in Derry at weekends has been called into question following a serious incident where a 999 call went unanswered while a man lay unconscious with life-threatening injuries. A man fell outside a city centre bar on July 7 fracturing his skull which resulted in a brain haemorrhage. Fortunately, a member of door staff was on hand to assist the injured man, however, when he phoned the emergency number the call rang out when an operator attempted to patch him through to a handler at the ambulance service. The bouncer, who wished to remain unnamed, had to use 'pub watch radio' to contact the PSNI. Officers arrived quickly on the scene and transferred the severely injured man to hospital for emergency treatment. Screenshots provided by the doorman show that he made his first call at 1.24am - information that conflicts with records held by the Northern Ireland Ambulance Service (NIAS). He then contacted the police and while assisting them his call was returned from the ambulance service in Glasgow, Scotland. A target has been set by the department of health that immediately life-threatening calls such as this should be responded to within 8 minutes. A retired NIAS worker told the Derry News that the incident was “concerning” and "highly unusual”. Three ambulance crews operate in Derry at the weekend, which he, as a man with 25 years of service, believes is inadequate. He described the lack of funding as a “perennial problem” and something he has been acutely aware of over the years. 'Mystified' There has always been an issue in matching resources to demand, he said, but emergency calls have increased, and he believes that should be reflected in the form of enhanced resources. “The three crews in Derry would be slaughtered and struggling to get to the toilet during their shifts. These hard-working individuals then face abuse when they’re unable to get to incidents on time. “They may have to deal with a child who has just been killed in a car accident, and straight away have to respond to another incident, where they face abuse for being late. “It’s not the fault of the guys on the road, it’s down to a shortage of crews, and the Western division in Derry is one of, if not the busiest area.” He was also “mystified” by the unanswered call, saying it was “grossly abnormal” and would only ever happen when an unprecedented volume of calls are being patched through a catastrophic incident with multiple casualties. Speaking to the Derry News at the weekend, the injured man’s mother from the Creggan area of the city, said she was grateful to the doorman for his quick-thinking actions which she believes may have saved her son’s life. “It’s urgent that something is done about ambulance cover, God knows what could’ve happened. And the fact the call was re-directed twice is worrying and the police had to take over. “I can’t thank the doorman enough for what he did and he’s been phoning to find out how my son is doing as well. “And if it hadn’t been for the police taking him over it could’ve been a lot worse. I’m very grateful for that and I phoned them to say thanks. Her son was discharged from Altnagelvin Hospital this week and is said to be "coming round to himself now". Inadequate cover SDLP MLA Mark H Durkan who has spoken to the family said he has raised “the issue of ambulance cover, or lack of it, repeatedly. “Fortunately, in this instance the police were on hand to help but we cannot afford to wait until someone dies as a result of this to do something about it.” A spokesman for the NIAS stated that a 999 call was received at 1:35am on Sunday 7 July following reports that a male had fallen in the city centre. “This was the first of two calls received for the same incident. “As a result of the details given at the time of the call, it was prioritised as Category A and an ambulance was despatched immediately from Altnagelvin Ambulance Station. “While the crew was en route to the scene, ambulance control received a call from PSNI to inform us that they were dealing with the incident. The crew was stood down and made available to deal with other emergency calls in the city. “A second call was received for this incident at 01:37 and the caller, who may have been the doorman, was informed that the call was being dealt with. “The normal cover for the city on a Saturday night shift is three crews and, on this shift, all crews were operational,” he added. Meanwhile a PSNI spokeswoman provided a short statement, saying: “Police attended an incident in Derry at around 1.30am on Sunday 7th July. “It was reported a man had collapsed and he was subsequently transferred into the care of the ambulance service.”
ADVERTISEMENT - CONTINUE READING BELOW