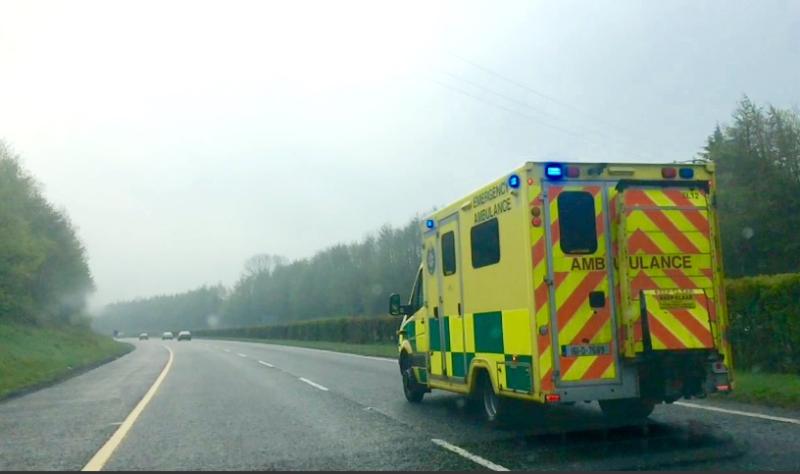 The department of health has conceded that the current level of demand on the ambulance service exceeds available resources. The ambulance service has been dealing with a surge in emergency calls over recent years. Newly published Department of Health (DoH) statistics reveal that between 2014/15 and 2018/19, the number of emergency calls received by the NIAS increased by 26,196 from 191,727 to 217,923. In 2018/19 the Western Local Commissioning Group (LCG) alone, which takes in Derry, received 34,399 calls – almost 100 a day. Aside from the Belfast LCG, the ambulance service in the Western area received the highest number of calls in the past year based on per 1,000-population. Category A calls are immediately life threatening and receive the NIAS’s highest priority with a performance target of arriving at 72.5% of these calls within 8 minutes. During the last five years in NI, the percentage of Category A calls responded to within 8 minutes decreased from 57.7% in 2014/15 to 37.2% in 2018/19 In 2018/19 all LCGs fell well below this target, with the Western Trust the second-best performer at just 42.9%. From December 2018 to March 2019 the performance across Northern Ireland has deteriorated. Most LCGs recorded percentages below 40 while the Western Trust consistently registered a score below 50% during that period, something that hadn't happened in the eight months prior. Category B are serious but not life-threatening calls and require a response within 21 minutes and category C calls are neither life threatening or serious and require a response within 60 minutes. Over the past year 44% of journeys in the Western area were deemed emergencies while the rest were non-emergencies. ‘Competing priorities’ In response to claims that the ambulance cover in Derry is insufficient and the service in general is facing serious funding pressures, the department of health said it looks to the NIAS to ensure that sufficient ambulance cover is provided throughout NI. A spokeswoman explained: "The Department recognises that demand for ambulance services is currently outstripping the available resources. "We are currently considering the outcome of a public consultation by NIAS on a new clinical response model which if introduced will ensure that that the most ill patients requiring an ambulance will be seen quickly as well as improving the overall efficiency of response times.” She continued: "This new service model will require significant investment which will have to be found within the Department’s budget against other competing priorities for investment in health and social care services. "Ahead of decisions to be taken on the new service model later this year the Department has committed to putting more paramedics on the ground and is funding 48 training places from its transformation fund."
ADVERTISEMENT - CONTINUE READING BELOW