U.S. Navy contingent to return to Derry for dedication of memorial at former base 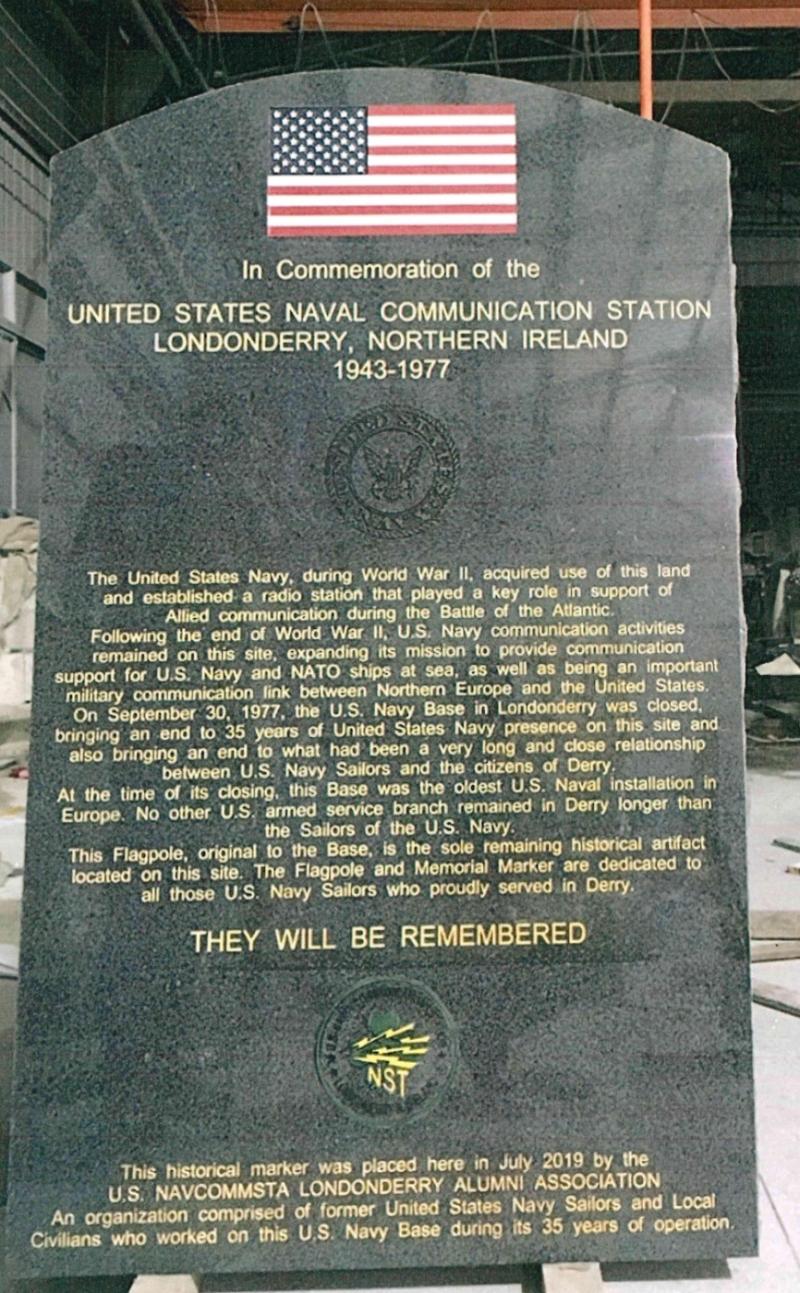 A delegation of former United States Navy personnel will return to Derry later this month for the dedication of a new memorial at the site of their former base in the city now occupied by Foyle College. From its inception 1943 the U.S. Navy base on Limavady Road played a vital communications role during both World War II and the Cold War that followed it. When it closed in September 1977 the American naval communication station was the largest U.S. military installation in Europe and brought to an end a thirty-five year association with the city. Up to two hundred former American sailors will make the trip to the city on July 30 for the dedication. These men and women as well as many local civilians, oversaw the communications operations during the Battle of the Atlantic which continued for the entire span of the Second World War and beyond that provided vital support for the U.S. Navy and N.A.T.O ships at sea. There is also a dedicated connection between the former naval base and Foyle College beyond the fact that the new memorial plinth dedicated the service of the ex-service men and women will be placed in the grounds of the new school. This is because for decades, many of the children of the military personnel attended the College at its former sites at Duncreggan Road and its junior school at Northland Road. Another part of the dedication ceremony will see a newly refurbished flagpole, the sole remaining artefact from the original base, brought back into use. The dedication ceremony will begin at noon on Tuesday, July 30 and will be attended by Mayor of Derry City and Strabane District Council and the U.S. Counsel General for Northern Ireland Elizabeth Kennedy Trudeau. Prayers for the dedication of the memorial will be conducted by Church of Ireland Archdeacon Robert Miller and a series of gifts to Foyle College will be made by the U.S. Navy Alumni Association.
ADVERTISEMENT - CONTINUE READING BELOW