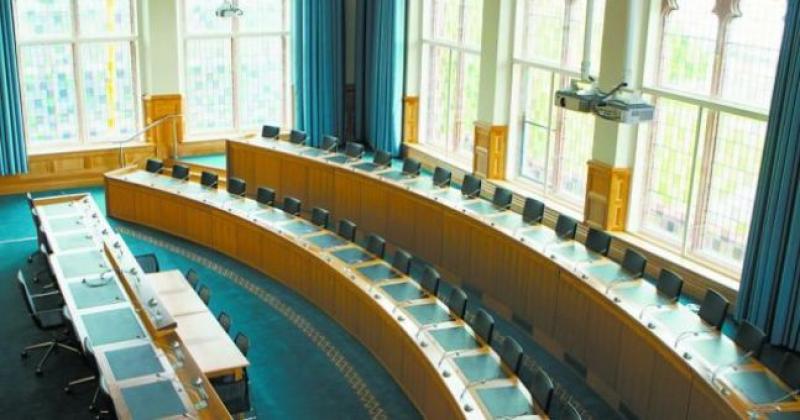 Councillors in Derry have passed a motion supporting the decriminalisation of abortion and the rights of same-sex couples. People Before Profit Cllrs Shaun Harkin and Eamonn McCann wore black t-shirts to the meeting bearing the word, “DECRIMINALISE”. Their motion read as follows: "Council notes the recent vote in Westminster to extend Marriage Equality and the decriminalisation of abortion to the North. “Council supports the right to marry for same-sex couples and opposes all forms of homophobia and transphobia. “Council supports the decriminalisation of abortion. “Council commends the decades of campaigning by the LGBT+ community and their allies for equality in Derry and Strabane and elsewhere. “Council commends the decades of campaigning by pro-Choice activists and their allies for equality in Derry and Strabane and elsewhere. Council agrees that these campaigns have been key to making our society more progressive, more tolerant and more equal." Cllr McCann described the Westminster ruling to pass a bill that will legalise abortion and same-sex marriage in Northern Ireland as “a great day for the women of Ireland, and therefore for Ireland.” He said: “Back street abortions are over, because if it’s legal, if it’s not a crime, why would anyone go to the back streets when they could go to their local hospital. “It should be a matter of medicine and women’s rights, not the criminal law, and incidentally the majority of people in Northern Ireland believe that abortion should not be a crime.” He said 89% of people in the North believe that woman shouldn’t be prosecuted. The first practical result of decriminalisation is that the trial of a woman in Belfast, who has been charged with obtaining abortion pills through the internet to give to her 15-year-old daughter who was pregnant to an abusive boyfriend, will collapse. “Isn’t it odd that the latest instalment of Irish freedom has come via a British parliament, doesn’t that tell us something about the inadequacy of our own institutions that we have to take that route.” AONTU Cllr Anne McCloskey objected to the motion saying the right to life is the most basic right of all, adding that abortion is a devolved issue and should be dealt with locally. She criticised “new Sinn Féin” for “begging English MPs to impose laws on our lands”. Cllr McCloskey continued: “None of the Republicans I know who spent decades in jail did it for this. “What Derry needs is jobs, education, infrastructure, sign off for a medical school, not culture wars that have little or no relevance to the 7,000 households that we canvassed in Ballyarnett or the wider district. “As they did with welfare reform Sinn Féin will ask the Brits to do their dirty work and then cry foul. If the Assembly is not reconvened by the 31st of October all protection for children up to 28 weeks gestation will be removed.” Citing her background in health care Cllr McCloskey said there is a risk of suicide amongst women who have abortions. She said that since the change of the law was passed in the South of Ireland two women have died in Irish maternity hospitals “without a word about it”. ‘Emotive issue’ Meanwhile, Sinn Féin Cllr Sandra Duffy said it was not her party’s preferred option for decisions to be made by Westminster but that it has a responsible under the terms of the Good Friday Agreement. It shows the DUP is out of step, she said, and her party has passed motions in support of marriage equality and abortion reform and Sinn Féin would support the motion before the council. Speaking at the meeting, DUP Cllr Ryan McCready described it as an “emotive issue”. He pleaded with PBP to withdraw the motion and return with two separate motions to allow the issues to be properly debated. Cllr Martin Reilly of the SDLP outlined his party’s pro-life stance, but said members are allowed to exercise a conscience position on such matters. His own decision was that he agrees with the decriminalisation of abortion and the judgement of the Supreme Court which called on parliament to make changes to the law and finds it “completely ludicrous” that abortion is subject to criminal law. Seventeen councillors voted in favour of the motion, including all of Sinn Féin, Alliance, People Before Profit, two Independents and several members of the SDLP. The DUP, AONTU, one Independent and several members of the SDLP voted against. Five others abstained, comprised of four members of the SDLP and an Independent.
ADVERTISEMENT - CONTINUE READING BELOW