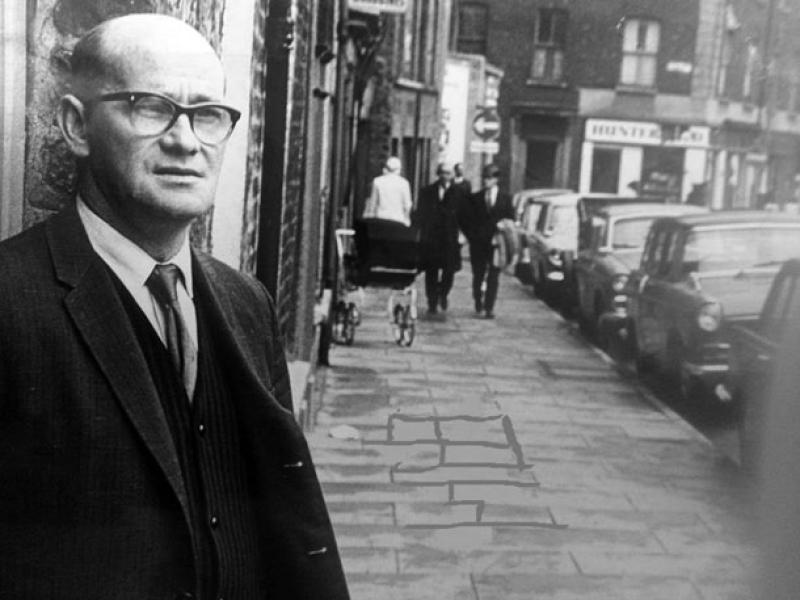 The local council has supported a motion calling on the Metropolitan Police to release files into the death of Derry man Sammy Devenny. At Thursday’s full meeting of Derry City and Strabane District Council, standing orders were suspended for notice of a motion by Independent Cllr Gary Donnelly. The motion tabled stated that Council commend the courage and dignity shown by the family of the late Sammy Devenny in their campaign for truth and justice and to call on the Metropolitan Police to release all files in relation to this case. Mr Devenny, a 43-year-old father of nine from the Bogside, died three months after he and his family were assaulted by RUC officers at his home in William Street on April 19, 1969. He was one of the first victims of the Troubles. Cllr Donnelly attended a memorial service for Mr Devenny’s 50th Anniversary at St. Eugene’s Cathedral on July 17, after which a minute’s silence was observed. On the night Mr Devenny died, Cllr Donnelly explained, the RUC kicked down the door of his family home on William Street and it is maintained that he died as a result of injuries sustained at the hands of RUC officers. Others were assaulted in the family home with batons including his young children. Secret files that could contain crucial information about his death will remain hidden until 2022 but Cllr Donnelly called on the Met Police to release the files immediately. Sinn Féin Cllr Paul Fleming offered his support and said that “justice hasn’t been seen to be done”. He added that the British government should not attempt to “re-write history” or grant “amnesties” and must return to the Stormont House Agreement by delivering justice for all families and victims. Growing up in the area, SDLP Cllr Brian Tierney, was all too aware of the incident and he said “nothing should get in the way of truth and justice”. DUP Alderman Hilary McClintock described it as a “very sensitive” issue and commended the courage and dignity shown by the family. She raised concerns about “continually bringing up cases from the past” and said it was “hard to agree” with the motion without knowing the reasons for the files being withheld. Meanwhile, Eamonn McCann of People Before Profit said at that time the attack on Sammy Devenny was a “completely unusual thing to happen…death was a stranger to politics.” Cllr McCann reflected on events to mark Mr Devenny’s anniversary, when his grandchildren lay flowers close to where he lived, and said it occurred to him that when someone is “killed like this, it affects a lot of people.” “Those children were deprived of a grandfather, they never got to sit on his knee, and he never knew what it was like to be a grandfather. “It seems like an obvious thing to bring up, but grief comes cascading down the generations.” He added: “What is it about this killing that someone doesn’t want us to know? All of us are entitled to know why it is the authorities are still trying to keep secret some of the facts about the beating to death of Sammy Devenny. His family, his grandchildren, and citizens as a whole deserve to know.” The motion was carried after twenty-eight councillors voted in favour, while the DUP abstained.
ADVERTISEMENT - CONTINUE READING BELOW