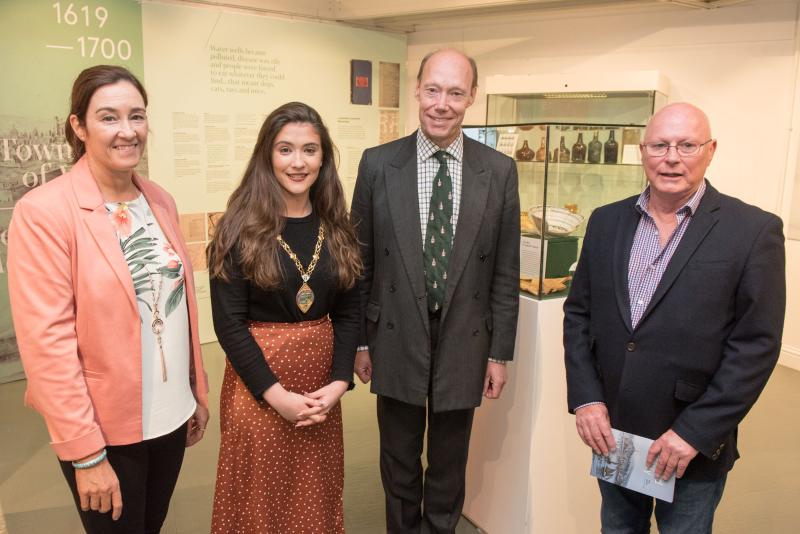 Deputy Mayor of Derry City and Strabane District Council, Councillor Cara Hunter, has officially opened the Walls 400 Exhibition at the Tower Museum in Derry. The special exhibition is free for the public to attend and tells the story of the iconic ramparts and their dramatic role in the history of Derry over the last four centuries.  Constructed between 1613 and 1619, the Walled City of Derry is the only remaining completely walled city in Ireland and one of the finest examples in Europe. The Tower is hosting the specially curated collection featuring a treasure trove of objects and archive materials from its collections to tell the story of the Walls, the city and its people. Some of the objects on display have never been seen before, including pottery, ceramics, leather and currency unearthed in archaeological digs in the 1970s and 1980s. Find out more about the Walled City 400 programme at  walledcity400.com. CAPTION:  Derry City and Strabane District Council Deputy Mayor, Councillor Cara Hunter pictured with Roisin Doherty, Curator, Tower Museum, Edward Montgomery, The Honourable The Irish Society and Dr. Brian Lacey pictured at the opening of the Walled City, 400 years exhibition in the Tower Museum. Picture Martin McKeown. 19.07.18
ADVERTISEMENT - CONTINUE READING BELOW