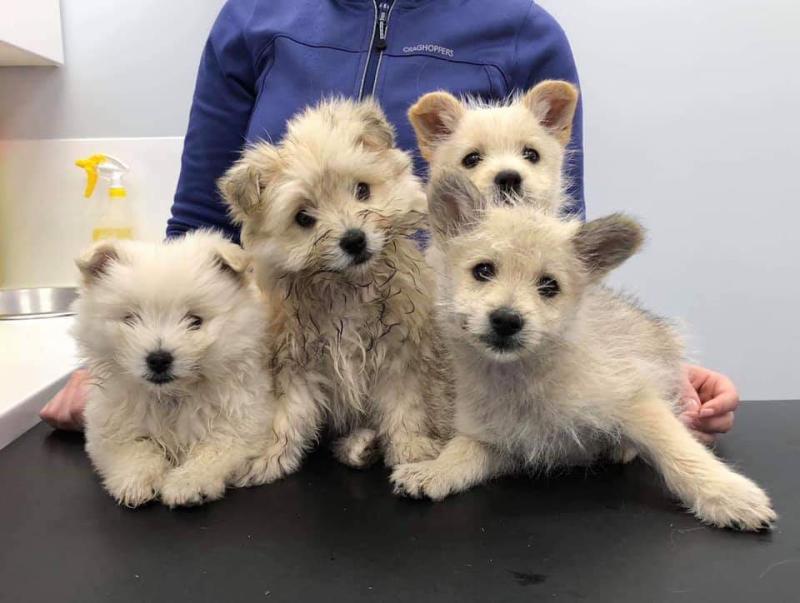 By Cathal McGuigan An animal rescue organisation has appealed for donations as they struggle with rising vet bills. Launching the appeal on Facebook, Friends of Rescue revealed that the organisation has spent almost £60,000 treating 450 sick and abandoned animals from Co Derry, Strabane and further afield since they began rescuing animals 18 months ago. Friends of Rescue spend around £133 treating each animal, which cannot be covered by their adoption fees alone - £40 per cat and £100 per dog. "Our vet bill at the minute is £1370 and it's always rising due to the constant flow of sick/poorly animals coming in and at the minute we're busier than ever," the Friends of Rescue Facebook post reads. "We have dogs and cats coming in each day that never been to a vet before, so they need more than just the basics." Suzanne Fleming, a founding member of Friends of Rescue, told the Co Derry Post that the organisation, which operates 10-12 foster homes, was set up to help animals that have been abandoned, neglected or abused, "It wasn't meant to be as in-depth as this - it was meant to be just helping when we could and it just kind of spiralled and steamrolled and now it's just constant all the time," she said. "I have my own job, all our volunteers have jobs, so this is a role that we fit in around our own lives. It would be lovely if there was no need for us, but unfortunately that's just not the case." She said that the group must prioritise which animals most need their help. The animals are then taken into a foster home where their needs are assessed before an appeal for their perfect home is launched. Friends of Rescue relies on fundraising and donations as they are still in the process of becoming a registered charity. "Basically we're seen as a charitable organisation. We aren't a registered charity as of yet - it takes a few years to become registered, so we're currently on the registration list," Suzanne said. She said that they have managed to cover vet costs and other bills in the past by fundraising photography events and bag packs as well as support from local businesses. Suzanne spoke of some incidents of horrific animal abuse she has encountered, including a dog with badly cracked and infected teeth and one found with burns all over her body. When the group rescued Odin - a hound that should weigh around 30kg - he was just 8.5kg. "It was horrendous and somebody had to have watched that happen," Suzanne said. "Obviously we can't target anyone because there's no chip details, there's nobody to trace it back to." She added that the group regularly rescue animals from rural 'dumping groups' where locals report regularly finding abandoned dogs. "People are going to remote areas, thinking that the dogs are never going to be found but they'll always find their way to people." She said the group does not judge people who get rid of their dogs and urged them to contact a rescue organisation if they find their dog or cat is not for them. "I would always encourage people looking to rehome, to come to a rescue we'll always be able to help you. Even if we're full, we'll pass you on to someone that can help you." "We get people's pets in all the time and at least we know when they're coming in through our doors that within 48 hours they'll be spayed and neutered, vaccinated and chipped and into foster care. Then we'll evaluate them for a week and then appeal for their perfect home." Friends of Rescue have appealed to members of the public to "donate as little as £1" to help with their vet bills. If you'd like to make a donation contact Vets4Pets at Crescent Link Retail Park in person or by calling 028 713 14420. You can also donate to the Friends of Rescue directly via PayPal at www.paypal.me/friendsofrescue.
ADVERTISEMENT - CONTINUE READING BELOW