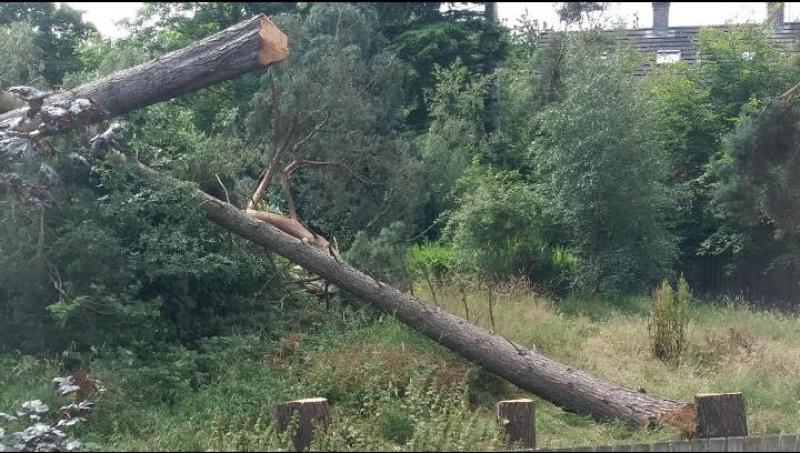 Derry City and Strabane District Council (DCSDC) has pledged to engage fully with a group of residents in the Waterside after they accused the local authority of failing to fulfil their obligations in relation to their objections to a potential building development in their district. In July last year, residents of Waterfoot Park in the city lodged a formal objection to plans for a housing development in the area seeking to construct four semi-detached houses, two detached houses and six, two-bedroomed apartments. The Waterfoot Park residents objected to the proposed development on several grounds which included the potential impact of the construction project on existing properties at the site and that the planning application had not indicated accurate separation and height differences between the proposed new project and the existing homes. A statement from the Waterfoot Park Residents Objectors Committee to the Derry News said: “The proposed dwellings are three stories in height on ground over two metres higher than the existing houses with restricted separation distances between both. “The layout would result in loss of privacy, natural light, sunlight and overbearing dominance, creating a sense of being hemmed in for us existing residents living adjacent to the boundary line. “Our concerns are also for the natural habitat of wildlife species and the overall vast vegetation and trees. No details were provided on how existing vegetation will be retained and no biodiversity checklist was provided.” The residents also employed planning consultant Lee Kennedy, who told the Council of his concerns that some demolition work to existing buildings on the proposed development site had already taken place, prior to planning approval and that trees had been felled along the rear boundary of the site close to the homes of the objectors. A spokesperson for the Waterfoot residents said: “Mr Kennedy went onto state that residents have expressed genuine fears about a threat to the remaining vegetation on the application site. “He reminded Council that they hold a duty of care to work in the public interest and offer protection to the remaining mature trees, by the serving of a Provisional Tree Preservation Order (TPO) under the 2011 Planning Act.” Mr Kennedy confirmed to the Derry News that he had submitted a request for a TPO from the Council, but “no action had been taken.” However, the Waterfoot Park residents say their fears were heightened again earlier this month when a team of workers appeared on the proposed development site and began to cut down more trees. A spokesperson for the residents told the Derry News: “On Friday, July 12 at 8.30am the neighbours were woken with the sound of several power saws and saw a full team of tree cutters on site behind them. “Within an hour they had created absolute mayhem on the site, with trees felled all around and they were left when they fell. The ground and houses nearby vibrated and caused house alarms to go off. “Some neighbours felt very intimidated, shocked and panicked with the suddenness, noise level and by the time of the morning it happened. The residents are up in arms. It should never have been allowed to happen as Council was made aware last year about their responsibility of a duty of care to work in the public interest. The residents feel unsupported to date in their endeavours to the Council.” Addressing the residents’ concerns, a spokesperson for Derry City and Strabane District Council said that: “During the processing of the application, 30 objections have been received to the proposed development. “Correspondence to the Planning Department from Planning Consultant, Mr Lee Kennedy acting on behalf of the objectors, was received on August 13, 2018 and raised concerns regarding the trees on the site, and a request for a Provisional Tree Preservation Order (TPO) to be served on the site. “These concerns were raised with the Planning Department’s Tree Preservation Officer on September 18, 2018 who advised on September 20, that in his professional opinion, a TPO was not appropriate for this site given the nature, type and scale of trees.” On April 3 this year, Planning Department officials met with objectors at the city’s Council offices, where again, the Tree Preservation Officer advised that a TPO was considered but was unnecessary when assessed against the criteria required for a TPO. The Council spokesperson continued: “The site was further inspected by planning officers on June 12, 2019 and officers met with objectors on site. “More recently, the case officer wrote to the agent and the applicant on June 17, 2019 to advise that further information was required. Amongst other things requested, the case officer advised that a tree survey of the site was required, a landscaping plan to show existing trees and vegetation to be retained and additional planting to be shown and a biodiversity checklist was to be submitted to advise on any existing ecology on the site. “The agent confirmed in correspondence dated, July 10 that a Phase 1 habitat survey was instructed to be carried out as well as a tree survey and would be submitted in due course.” However, the Council spokesperson added: “The Planning Department were made aware by an objector by email on July 16, 2019 that eight trees along the boundary of the site adjacent to properties in Waterfoot Park had been felled on July 12 at 8.30am. “Council takes its obligations in respect of these matters seriously and has undertaken an appropriate course of action to ensure that the opinions of residents are and will be fully considered in the processing of the planning application.” CAPTION: Residents of Waterfoot Park have accused the Council of failing to provide a duty of care in relation to a proposed building development.
ADVERTISEMENT - CONTINUE READING BELOW