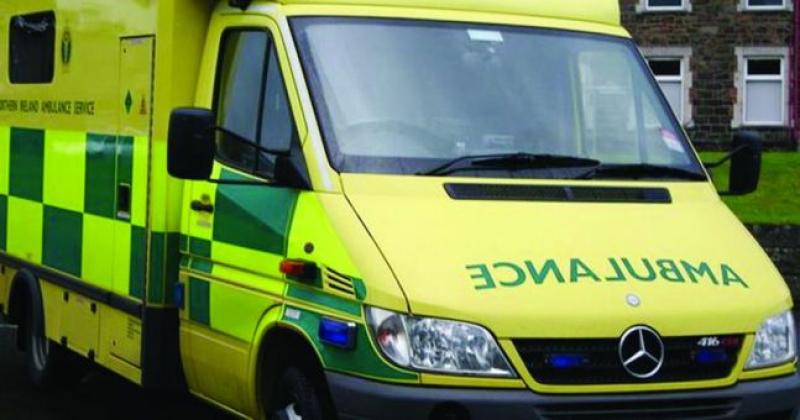 There are fears that “lives could be lost” in Derry after it emerged that a single ambulance crew was operational in the city last weekend. SDLP MLA Mark H. Durkan has voiced alarm, saying the underfunded service is putting lives at risk and could lead to people dying of serious injuries because an ambulance has been unable to reach them in time. The Northern Ireland Ambulance Service (NIAS) has been hit by a staffing crisis which is placing workers under severe pressure and impacting other services - such as the Accident and Emergency department. The NIAS Western Division has stations at Altnagelvin in Derry, Limavady, Strabane, Castlederg, Omagh and Enniskillen. A large part of the division was left without adequate cover the weekend of July 20, when only one of Derry's three ambulance crews was operational, according to figures obtained by the Derry News. This was more problematic given that stations in Strabane and Castlederg had zero crews that night, a situation the NIAS has attributed to “staff vacancies, rostered leave and sickness”. Limavady was the only other station with a crew apart from those in Omagh and Enniskillen which are a considerable distance away from Derry. It has prompted concerns regarding the NIAS’s ability to respond to medical emergencies. A former worker believes that three ambulances in Derry is insufficient, therefore, one is unacceptable in his view. It comes in the immediate aftermath of a report in this paper which raised concerns about an over-stretched ambulance service after a doorman's 999 call went unanswered while a man lay with a fractured skull in Derry's city centre. 'Negligence' Mr Durkan commented: “I have previously raised concerns about the level of ambulance cover in the North West but was horrified to learn how bad the situation was last weekend - even more so given recent media focus on ambulance provision. “The Ambulance Service clearly needs more investment - and I will continue to lobby for that - but we must also look at how existing resources are being managed. “Not only is the public being put at risk by the current situation but hard-working staff, who perform one of the most difficult jobs imaginable, are being over-stretched and over-stressed. “This cannot continue, failure to act by the NIAS and failure to invest by the Department of Health, in light of these stark figures, can only be described as negligence and I fear that it is only a matter of time before lives are lost as a direct result of this.” At the weekend, a retired paramedic who worked with NIAS for over 25 years, described the lack of cover as a “longstanding problem” which piles extra pressure on NIAS workers, GPs and accident and emergency departments. "The fact that Strabane and Castlederg don’t have cover means a very large portion of the Division does not have emergency, lifesaving, cover. "This cover will have to come from somewhere else i.e. Derry, Omagh or Enniskillen. Of course, when other cover is deployed what happens when 999 calls are received in their location? You can see how quickly the cover problem can deteriorate. “Dropped shifts puts pressure on everyone, NIAS, GP's, A&E and particularly ambulance rapid response as they are sent to cover calls (single manned) knowing there is no ambulance available to take the patient to hospital. “These sorts of scenarios greatly increase the stress within the job. In short, everyone loses.” Vacancies In a statement to the paper, NIAS, said available Ambulance Cover in the Western Division on Saturday 20 July equated to 70% for the day shift and 62.5% for the night shift. Any shortages were as a result of staff vacancies, rostered leave and sickness. NIAS said it will seek to respond to the most serious and immediately life-threatening calls in as timely a manner as possible with all available crews being utilised to support any areas experiencing temporary shortages. A spokesperson expanded: “As previously highlighted NIAS currently faces a range of challenges in responding to 999 calls in a timely manner, not least the continuing high level of demand for the service. “To address this NIAS has developed and consulted on a new Clinical Response Model which is currently with the Department of Health for approval. “NIAS currently prioritises, based on information received at the time of the call, approximately 30% of calls received through the 999 system as Category A – immediately life-threatening. “Evidence from elsewhere has shown that the true percentage of life threatening conditions is approximately 7%. Introducing this new model will allow NIAS to target the quickest ambulance response to those patients who are sickest. “Other calls to the service will be provided with a response which is more appropriate to the needs of patients.” He acknowledged that “significant investment” is needed to introduce the new system and provide the additional resources required. He continued: “A related independent “Demand and Capacity Review” undertaken on behalf of NIAS has identified a requirement for approximately 330 additional staff to support the introduction of the new model, of which more than 120 will be Paramedics. “In the interim NIAS is working to fill existing vacancies with ongoing regional recruitments and training. “A Paramedic Foundation Degree programme commenced in January 2019 in partnership with Ulster University and 48 students are expected to qualify in November 2019. 48 EMTs have recently completed their training and are a welcome addition to frontline. “Further training programmes are planned to start later this year.”
ADVERTISEMENT - CONTINUE READING BELOW