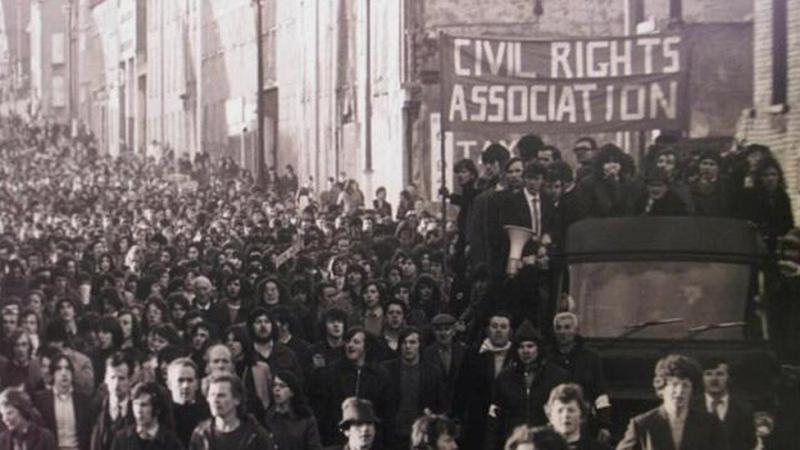 The case of the only soldier to be charged in relation to Bloody Sunday has been listed to appear at Bishop Street courthouse in Derry in next month. However, it remains unclear if the accused man will actually appear in person on this occasion. A letter from the Public Prosecution Service, obtained by the Derry News, states that the case in relation to the man known as Soldier F has been listed to appear at the local Magistrate’s Court in the city on Wednesday, September 18 at 10am. The document states: “The first listing of the case will be for a committal hearing for the case to be transferred to the Crown Court, where any trial will take place…the defence are entitled to challenge the case at committal stage. “If the case is going to be challenged then it will not proceed to a full committal hearing at first listing, rather it will adjourn for arrangements to be made for the full hearing. “There may be legal arguments to deal with in this case too. An accused must attend the court in person for a committal hearing, but if the case is not proceeding as a committal hearing at first listing (i.e. if it is going to be challenged) then it is unlikely that the accused will attend in person on 18 September. “In law it is sufficient for his legal representatives to attend on his behalf.” The letter also says that papers in relation to the case will be handed to Soldier F’s defence team “very shortly” and after that point there will be a clearer indication of what will take place in court on September 18. The former member of the Parachute regiment is due to face murder charges in relation to the deaths of William McKinney and James Wray and four counts of attempted murder in relation to Michael Quinn, Patrick O'Donnell, Joseph Friel and Joseph Mahon. The PPS had previously said that the ex-soldier would appear at court in Derry this month. Solicitors for the families concerned had argued that Soldier F should appear at the city’s court because this is accepted practice in any case where a suspected offence took place. On March 14 this year the PPS recommended that the former soldier face prosecution in relation to the above series of charges. The consideration of prosecutions against 17 other soldiers and two former members of the Official IRA present on Bloody Sunday were not carried any further. Ciaran Shiels, of Maden & Finucane, a solicitor for many of the Bloody Sunday families said: “Our clients have been formally notified by a senior lawyer within the Public Prosecution Service that the Committal proceedings in respect of the prosecution of Lance Corporal “F” now have a first listing date fixed for Wednesday 18th September 2019 at Bishop Street Courthouse in Derry. “Outstanding material that was required from the PSNI to finalise the court papers has now been received by the PPS. We understand that those papers are now being finalised and will be served on the former soldier’s defence lawyers. “At this stage it is not known if Lance Corporal “F” intends to challenge the prosecution evidence at Committal. “We understand that there will be a further update from the PPS in this regard closer to the hearing. “We have been further advised that arrangements are in place to facilitate the attendance of family members and victims by the NI court service.”
ADVERTISEMENT - CONTINUE READING BELOW