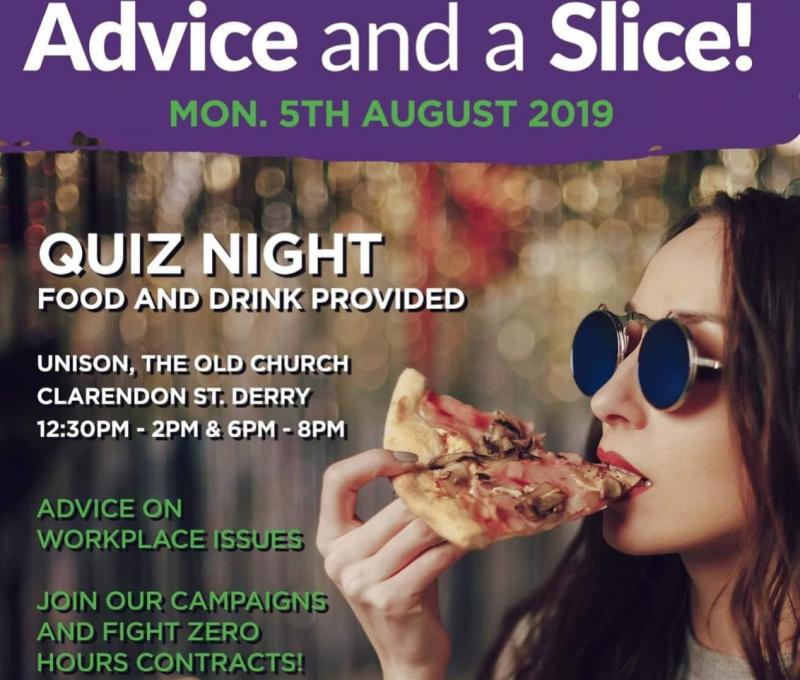 2019 is the year of the Young Worker and UNISON are engaging with young workers all over the North of Ireland providing advice and guidance on all aspects of workers rights, how to organise in the workplace and the wider value of being a member of UNISON.
This access to activism will now be available to all young workers in the Derry area when UNISON bring their Advice and Slice Campaign to the UNISON Hall on Clarendon Street.
UNISON Community Branch Chairperson Niall McCarroll said: "Young workers are the future of the trade union movement a future which must contain a resolute, organised and fighting trade union movement.
"Only a workers led revolution will change policy direction to a socialist alternative and end the growing inequalities across society.
"Play your part and join the UNISON led fight against the establishment.
"All young workers welcome."
The event takes place at UNISON, The Old Church, Clarendon Street from 12.30pm - 2pm and 6pm - 8pm on Monday 5 August.
ADVERTISEMENT
Advertise with Us
ADVERTISEMENT
Advertise with Us