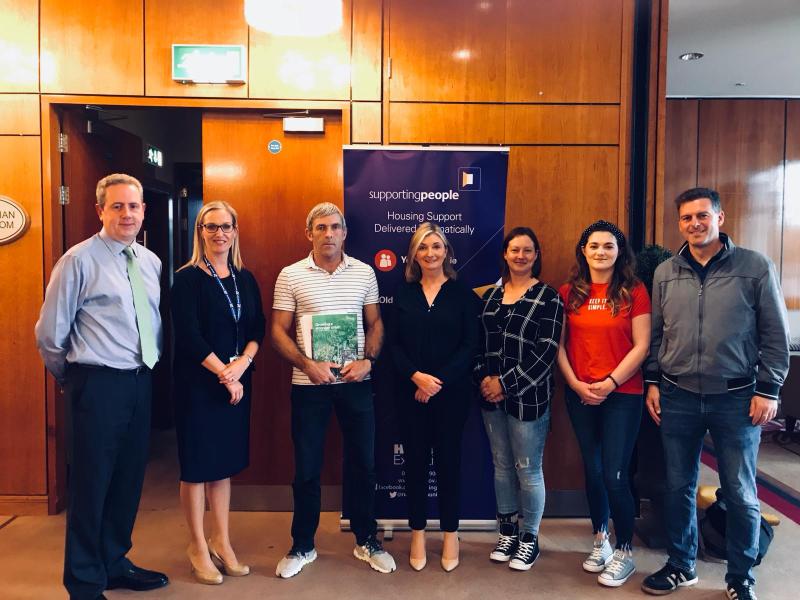 A public sector trade union has blasted “unscrupulous” local employers for their “arrogant” mistreatment of workers. UNISON activists attended the recent NIHE Public consultation standardised regional payment rates event in the City Hotel to provide a voice for frontline workers employed through the Supporting People Programme. Earlier this year Derry City & Strabane District Council unanimously backed a motion in support of workers’ rights. The Supporting People programme, which has been operating since 2003, provides housing support services delivered in partnership with service providers across the public, private and voluntary sectors. Support is provided to more than 19,000 vulnerable people every year, to enable them to live independently in their own homes, sheltered housing or in supported housing accommodation. Client groups include, Women’s Aid, the House in the Wells, Cheshire House, the Shepherds View Young Parents Project, Francis Street Young Persons Project, Apex Housing - Beechway House and the Simon Community. Its broad objectives are to achieve a better quality of life for vulnerable people, allowing them to live independently and maintain their tenancies. To provide housing support services to prevent problems that can often lead to hospitalisation, institutional care or homelessness. And finally, to assist with a smooth transition to those leaving an institutional environment to independent living. Following a review of the Supporting People programme by the Department for Communities in 2015, it was recommended that payment rates across all Supporting People providers should be standardised. The new rates are supposed to ensure all schemes represent value for money. However, UNISON Community Branch members have questioned the commitment of certain employers within the sector. Niall McCarroll, UNISON Community Branch Chairperson said: “The Supporting People Programme has at its core the fundamental desire to improve the quality of life of those in our communities who need housing related support at any particular time. “However, the standards of living and quality of life frontline workers are experiencing does not reflect the work they complete, as a result of substandard terms and conditions of employment increasingly pushing them into debt, putting them at risk of homelessness and forcing them to use foodbanks.” ‘Amoral employers’ The UNISON delegation attending the Public Consultation impressed upon the NIHE that the current measures in place to protect frontline workers were inadequate and gave “unscrupulous employers” too much power. “Power which they use to disadvantage many workers whilst their inner circles led lavish lifestyles on enhance contracts of employment,” Mr McCarroll added. He said the decision-making on how to manage staffing is at the behest of Supporting People funded organisations, this needs to change. UNISON told the NIHE that the current consultation process in place, designed to improve service delivery for vulnerable people would achieve nothing and fall short of any objectives, if frontline staff were not valued and respected within the programme. The NIHE estimate that frontline workers should be in receipt of band 3 hourly rates with no mention of other band 3 terms and conditions such as sick pay or shift allowances. UNISON challenged this benchmarking estimate and its lack of detail in other areas, stating this was not the reality for many Supporting People Programme workers. Mr McCarroll continued: “A UNISON delegation of frontline workers will be meeting with the NIHE to further discuss our members’ concerns and we thank the NIHE for agreeing to continue the discussions on how best to protect and value workers, not forgetting that we are all involved in this programme to work together changing the lives of vulnerable people. “UNISON would like to put on record our appreciation of the position and approach taken by the NIHE in engaging with the trade unions and our continued disappointment at the right wing, anti-trade union position and approach taken by some Supporting People funded employers. “These employers operate with an arrogant, delusionary sense of entitlement, the UNISON led Supporting People Campaign will expose these employers and continue to organise workers to stand up and fight, bringing to an end the increasingly shaky gravy train which stops only at head office, bypassing frontline services. "Head office staff receive 3 months full sick pay while frontline workers receive just 1 week in any year.  This particular contractual entitlement along with significant differences in take home pay is leaving frontline workers feeling undervalued." A NIHE spokesperson said the objective of the consultation is to hear the views of service providers, current and potential service users and their families and carers to enable the Housing Executive to identify the best option and approach for implementing this recommendation. The consultation runs for 8 weeks, it began on 21 June 2019 and ends 15 August 2019. Interested stakeholders are invited to participate by completing an online questionnaire at: https://consultations.nidirect.gov.uk/nihe-supporting-people/srpr
ADVERTISEMENT - CONTINUE READING BELOW