RACING: Top tips for a packed Sunday card at Punchestown 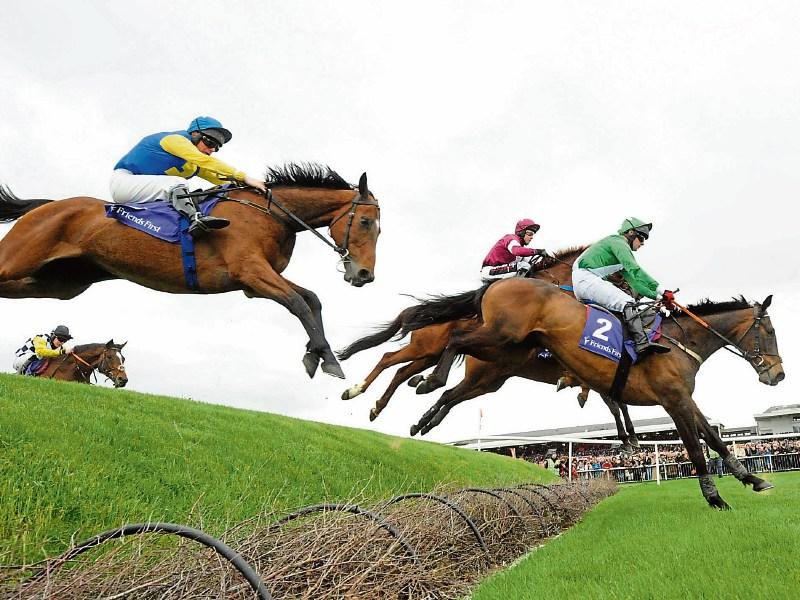 RACING: Top tips for a packed Sunday card at Punchestown

The first race is 1.40pm - with the last at 4.40pm - see all the latest odds and tips at MyBettingSites.

With the ground currently described as soft, and persistent rain forecast, it looks likely to be hard-going at the Co. Kildare track.

Enda Bolger’s Champagne Platinum ran on strongly at Navan last month to win a three-mile Beginners Chase and didn’t run a bad race when just outpaced in the Grade Three Pertemps Network Final at Cheltenham. Floueur’s Beginners Chase success wasn’t outstanding, but he beat a Grade Three Hurdle winner in Frontal Assault. He’ll have to jump better but does have form on Soft/Heavy ground and it’s bound to be a test on Sunday. Last year’s winner, The Big Dog, lines up again and was one of many to pull up in December’s Welsh Grand National after Jonathan Burke lost an Iron. The time before, he found a 3m Hurdle at Navan too hot and was also well-beaten in a Listed contest, but his best showings of late have come at Punchestown. Torygraph’s two Chase runs at Punchestown have earned him place money, and he’s one to consider for the minor honours.

At 3.10pm is the I.N.H Stallion owners EBF Novice Hurdle, a Listed contest over 2m. Largy Debut’s demolition of Kilcruit at Cork in early December was impressive, but a few weeks later he burst a blood vessel in a Grade One at Leopardstown. It’s obvious connections think a lot of him, but the yard that have been out of form this season and Deploy The Gateway’s easy success at Down Royal last month will make this a very interesting match-up. Au Fleuron’s last two runs have been good efforts and Slip Of The Tongue finished begging Quilixios in a Grade Two at Limerick over Christmas.

The 3m 1f Cross Country (1.40pm) looks to be an open race, but when Enda Bolger saddles last year’s winner again, it’s worth taking note. Shady Operator landed the 2021 edition and also won impressively here in November. A line can be drawn through his poor run in a Grade B handicap over 2m 4f last month and he holds leading claims back under more suitable conditions. Ballyboker Bridge ran two solid races here in 2020, on heavy ground as well as as the Festival last May - finishing second to Call It Magic. He is on much better terms than he was for that 1/2 length defeat, although he is now 15.