Irish jockey taking break from sport to 'focus on rehabilitation' 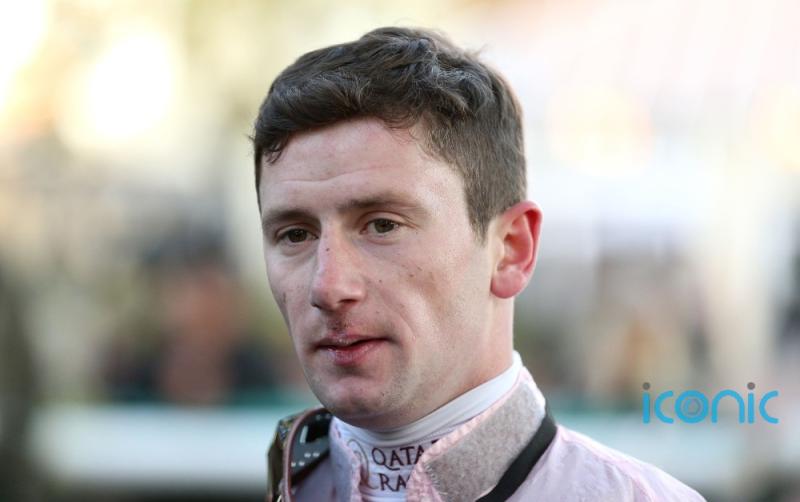 Irish jockey taking break from sport to 'focus on rehabilitation'

Kerry-born jockey Oisin Murphy has relinquished his riding licence with immediate effect and will engage “fully with medical support”, the champion jockey and the British Horseracing Authority have announced in a joint-statement.

The ruling body revealed it conducted a “detailed investigation” after being made aware of a possible breach of coronavirus protocols by Murphy related to travel in September of last year.

The BHA said it subsequently issued three alleged charges and a hearing in front of an independent disciplinary panel was arranged to take place on December 10.

But after receiving submissions from Murphy’s legal team regarding his welfare, and Murphy stating he had decided to relinquish his licence, the BHA said it had agreed to postpone the hearing to a later date.

A statement read: “Prior to the hearing the BHA received submissions from Mr Murphy’s legal team regarding his welfare, which were supported by medical evidence, and stated that Mr Murphy had made a decision to relinquish his Flat jockeys’ licence whilst he engages fully with medical support.”

Murphy – crowned champion for the last three seasons – also returned two positive tests for alcohol on the racecourse this year – at Chester in May and at Newmarket in October. These matters will also be heard at the same time as the alleged breach of coronavirus protocols.

Murphy, 26, said in a statement: “On returning from abroad last September in 2020 I failed to follow the Covid protocol set out by the BHA. In breaking these rules, and attempting to mislead the BHA, I’ve let my governing body down, along with trainers, owners, staff, sponsors and family for which I wish to apologise.

“In addition to this there have been two racecourse incidents linked to alcohol during 2021. It became obvious to me and to everyone else that I needed to seek serious help.

“In recognition of this I have relinquished my licence and will now focus on my rehabilitation. I am grateful to the BHA for agreeing to postpone the disciplinary hearing until I have been able to take these steps.

“Whether I deserve it or not, many kind people have stood by me and I really appreciate their support. I’m deeply embarrassed and regret my actions.”

The Killarney-born rider looked set for a comfortable defence of his title with a few weeks of the season to go – but a late charge from Buick set up a thrilling finale, with Murphy ultimately coming out on top by 153 winners to 151.

Big-race victories for Murphy in 2021 included the Coronation Stakes at Royal Ascot and the Sussex Stakes at Goodwood aboard Alcohol Free, with his latest top-level success coming at the Breeders’ Cup aboard Japanese mare Marche Lorraine in the Distaff.

But off the track it was not plain sailing for the Irishman, who was forced to give up rides at Newmarket in October after failing a racecourse breathalyser test amid reports of an incident the previous night.

Earlier this year Murphy – who is the retained rider for Sheikh Fahad’s Qatar Racing operation – admitted he thought about quitting racing altogether while serving a drugs ban.

He was banned for three months in November of last year after a racecourse test, taken at Chantilly in July, found traces of cocaine in his system.

Having always strenuously denied he had taken any drugs, Murphy requested a B sample – and upon receiving the results, France Galop held a hearing where the rider’s defence of environmental contamination from a sexual encounter and scientific hair test evidence was accepted.

Tim Naylor, BHA director of integrity and regulation, said: “In regulating the sport we must always strike the balance between the importance of upholding the rules, and being mindful of the well-being of those who we regulate. The welfare of our participants is an absolute priority.

“Having received detailed submissions from his representatives, which were supported by medical evidence, and being aware of the decision made by Mr Murphy to relinquish his jockeys’ licence, we agreed that the proposed disciplinary hearing may be postponed for a short period of time.

“The charges will be considered in front of an independent disciplinary panel we anticipate in the early part of 2022. We will support his medical team in the meantime.”

Qatar Racing said in a statement on Twitter it “wholeheartedly supported” Murphy’s decision.

The tweet read: “Qatar Racing wholeheartedly supports Oisin’s decision to temporarily relinquish his license whilst he tackles his health issues. It is important that he is given the space and time to gain the required treatment and we look forward to seeing him back in the saddle.

“We will make no further statement until after his BHA hearing.”