City of Derry ready to 'Cooke' this weekend 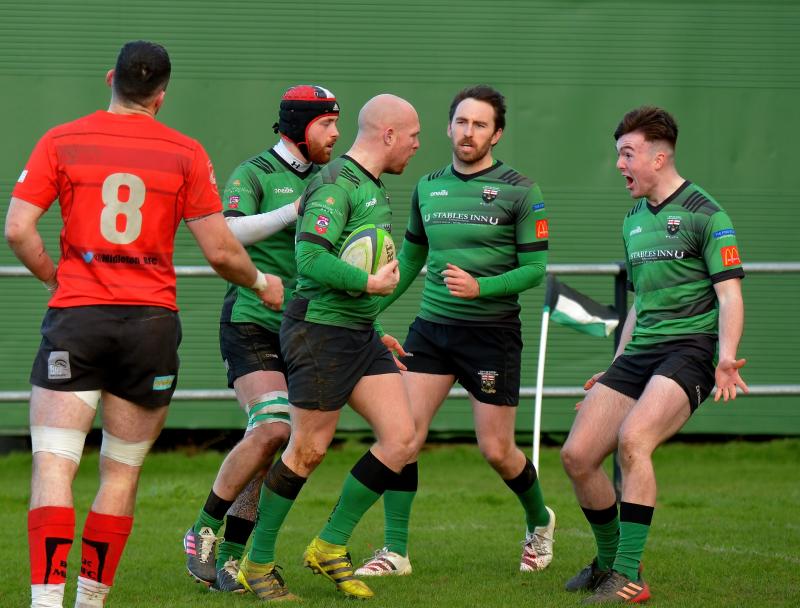 City of Derry travel to Cooke this weekend hoping from successive away wins.

Cooke vs. City of Derry

City of Derry players have the chance to achieve a feat that has proved rare for them in recent times, by winning successive away games when they face Cooke this weekend.

The postponement of last week’s game against Ballyclare at Judges Road means that Derry have the chance to build on their recent win at Grosvenor, the 19-10 win their first victory on the road since beating Sundays Well in the All-Ireland League last October.

A win this Saturday will finally end that grim away record, as well as boosting a squad still very much in redevelopment after their relegation to Division one of the Ulster Rugby Championship.

“We said to the lads last Thursday night before we realised the match was cancelled that it’s not often, we’ve won back-to-back games,” Head Coach Richard McCarter said. “We still have an opportunity to do that this weekend in Cooke and if we were to do that, it would be two away victories. That in itself would give us more confidence and hopefully build momentum because we then play Limavady at home in a couple of weeks’ time so that gives us a chance to kick on. It’s a chance to build some momentum so we’ve got to look forward, and be confident and positive.”

The unexpected week off did have its advantages for City of Derry, but McCarter insists there should be no switch in mentality from his players even though they face a different opponent.

“Had we played last week, there were a few players who were touch and go in terms of fitness and coming back from injury, so it just gave us an extra week to get those players up to speed and a bit of extra recovery and an extra couple of days training just to sharpen things up before the weekend,” he continued.

“It shouldn’t be a switch in mentality because Cooke will offer us a massive threat as well. They are a good side and a team that has been in this level for the last couple of years so they are pretty hardened to it. We have to approach every game as if we’re playing top of the table because that’s what disappointed me in the first couple of weeks. We definitely dropped off but we just need to raise those standards now and on a more consistent basis.”

The Ulster Champion is a new experience for everyone in the squad and the adjustment to a new league could yet some time, and not just for the players.

“It's just been strange in that we don’t know an awful lot about the opposition, and that’s not being disrespectful towards them,” McCarter explained. “It’s just being out of that loop for so long, that you don’t really have any feedback on them other than word of mouth through them playing other teams. I’m just a big believer in us getting our own house in order.

“I think we have to get all notion of bouncing straight back up and winning his league out of our heads. We have got to take it on a weekly basis and we’ll probably have a better idea of where we are at Christmas when we’re halfway through the season and we can really try and push on. I haven’t set any overall seasonal targets.

I think it would be foolish to do that because there’s a lot of rebuilding with us as well at the minute. The priority is just to get bac to winning ways and enjoying rugby a bit more and win more matches than we have done over the last five or six seasons and then we’ll see where we get.”

A trip to Belfast awaits McCarter and his players, and the boss is hoping that his players can step off the bus at Cooke with the right attitude for the game ahead.

“I’ve said it every week – if we play well and we’re accurate, we will win a lot of matches, but we can’t afford to slip down and drop standards the way we did, particularly against Dromore. We picked it up a wee bit against Grosvenor and on another day, we would have beaten them a lot more comfortable had we taken our chances but it really is about getting our mindset right week in and week out,” he concluded.