Cheer him on from Bay Road to Peace Bridge 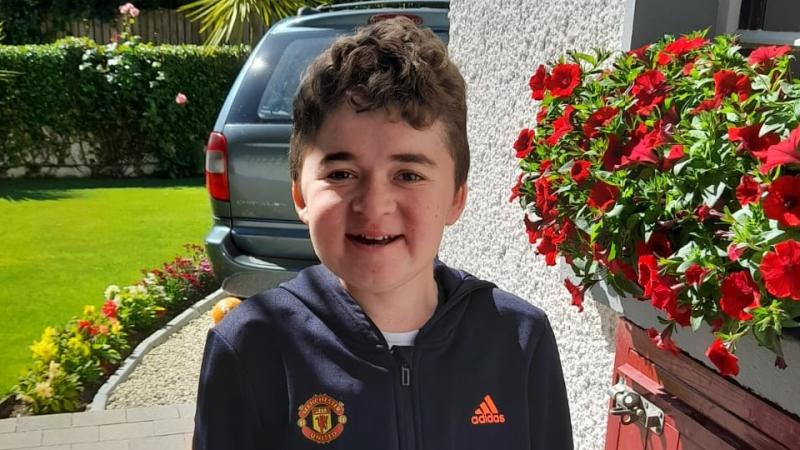 Derry is being encouraged to get behind an amazing young man doing a sponsored walk in aid of the charity, Action Duchenne.

Niall O’Doherty(15) who was diagnosed with the life-limiting condition Duchenne Muscular Dystrophy (DMD) which almost exclusively affects males, is undertaking the walk from the Bay Road football pitches in the city at 10 o’clock on Saturday morning.

Niall will finish up at the iconic Peace Bridge and his mum, Deborah, would love as many people as possible to come out and support him.

Speaking to Derry Now, Deborah said the walk was entirely Niall’s idea and he was determined to see it through.

She added: “Since Niall was diagnosed, we have thrown our hearts and souls into fundraising for Action Duchenne because, at the minute, there is no cure for Niall’s condition.

“Kevin, Niall’s father, has run  several marathons as fundraisers and now Niall is doing his 2.7 mile walk on Saturday.

“What makes this so special is that back when we were given Niall’s diagnosis, we were told he would be in a wheelchair by the age of eight and he would not be on his feet walking. Niall is now going to be 16 now in November and he is still on his feet.

“He said to us a couple of weeks ago that he wanted to do a walk for Action Duchenne. I know it is going to take Niall a long time to do it but he has such determination, I know absolutely he will finish it.

“Niall put the walk up on his Instagram page before he even talked to Kevin and me about it but we would never try to  talk him out of it, If he wants to do it. He has the determination. He is an inspiration. We are just amazed beyond words at what Niall can achieve. He does not let anything stand in his way. He is always happy-go-lucky. He is the life and soul of this house,” said Deborah.

Niall is the youngest in his family and he is football mad. Deborah said she takes him to all of the Derry City matches.

Smiling Deborah added: “Niall is just amazing. Anybody walking into a room and looking at Niall sitting on the sofa would never think there was anything wrong with him. It is just his ability to walk, especially up and down stairs. He finds that very hard, as well as getting in and out of the car but he does not let it stop him.

“He does not look for help. He will do it himself rather than let us lift him. The route of Saturday’s walk is very flat. He might not be able to cope with anything steep.

“Really, we would love as many people as possible to come out and support him, to line the streets. I will be supporting him from the sidelines because he has warned me not to make a speech at the end. He said I would end up crying and then he would end up crying. The support of Derry people would mean the world to him, like the support shown to Gavin McAteer when he finished his Mizen to Malin run for Action Duchenne recently.

“I also just want tortoise awareness about the condition. To let other families facing a diagnosis not to listen to the doctors who tell you your child will end up in a wheelchair. Niall has proved everybody wrong. That is not going to happen if you keep fighting, keep swimming every week and walking and playing football in the garden. You can be whatever you want out there,” said Deborah.

Deborah said she has always told Niall he can achieve whatever he wants.

“I know he will do it with my help,” she said. “He is not going to be held back in life because he has a condition. He can be whatever he wants in life. Just because his arms don't work or his legs don't work like everybody else's, does not matter. Niall has got a fantastic personality.

“His brothers are coming home to watch him on Saturday. It  is  a big day for our family. We have friends coming up from Galway to watch him and the staff of Action Duchenne will be watching online. Every penny raised goes towards research into finding a cure for DMD, for all the wee boys affected.

“We will probably have buckets on the day if anybody wants to make a donation. Every single penny is going towards research into muscular dystrophy.”