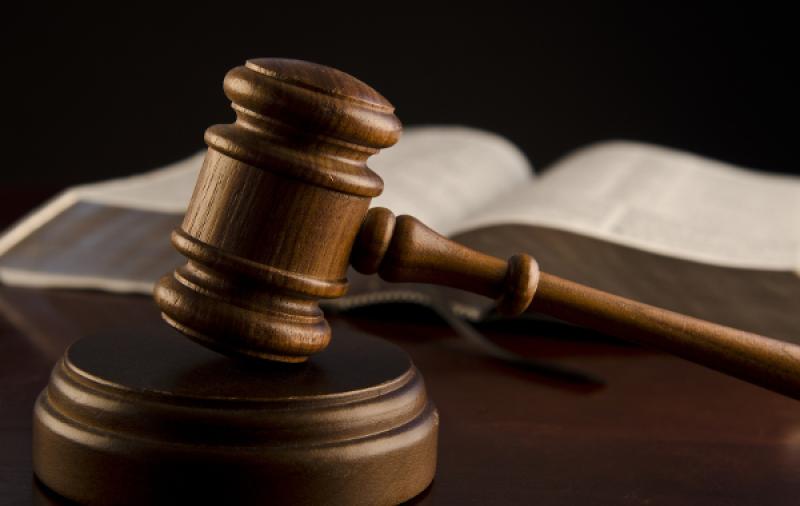 A man charged with falsely imprisoning his partner by barricading her in a bathroom told police she had done it herself and climbed back in a window 'to make him look bad.'

Neil McFeely (37) of Lawrence Hill in Derry appeared charged with assaulting the female on dates between July 1 and 30 this year.

He was also charged with false imprisonment of the same female aggravated by domestic abuse on August 3, the theft of an iPad and £20 belonging to the same female, assault on the female on August 3 and criminal damage to a cup again on the same date.

All of the charges were aggravated by domestic abuse.

He told the court that on August 3 police were called by the female claiming McFeely was banging on her door.

When police arrived there was no answer so they entered the property by a window.

They found the female barricaded into the bathroom but the door had been blocked by the wedging of an iron board under the handle preventing the door being opened.

The woman who was said to be distressed told police McFeely had accused her of stealing his phone and had 'poked' her in the side.

He was also said to have thrown a cup against a wall smashing it.

The woman said she had locked herself in the bathroom and McFeely had wedged the iron board against the door preventing her from leaving.

He was then said to have left taking the woman's iPad with him.

When McFeely was detained by police the device was found in his bag.

The woman also told police about an earlier assault that was alleged to have occurred some weeks ago when she claimed McFeely hit her with a hammer.

At interview McFeely denied all the charges and claimed that the female and himself had been on a two day drinking and cocaine binge.

Bail was opposed due to the fact that the alleged victim was deemed high risk.

The police officer said that they believed the defendant would try and return to the domestic setting if released and there was a risk of re-offending.

Defence solicitor Paddy MacDermott said that his client would claim it was the female who was using cocaine and not him.

He said there appeared to be a 'misunderstanding' about what he told police.

The solicitor said that his client would claim that the woman had wedged the ironing board outside the bathroom door and then climbed back in through a window in order to make him look bad.

At this point District Judge Barney McElholm said he had 'heard quite enough' and refused bail.

McFeely was remanded in custody to appear again on September 1.