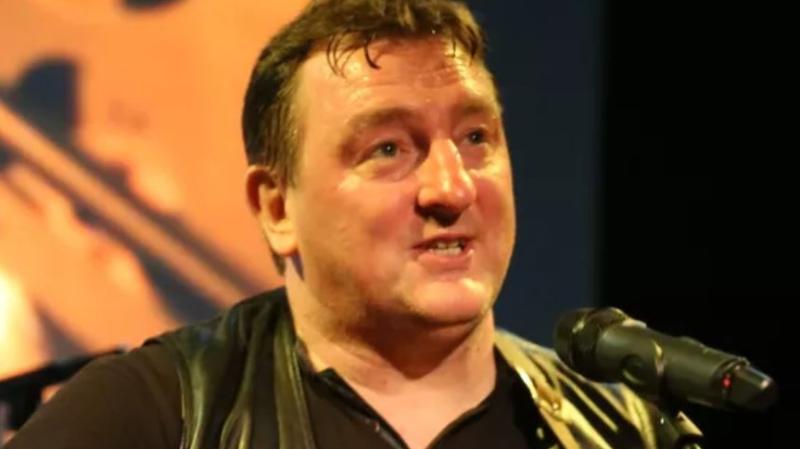 An online fundraiser set up by Carl Campbell, brother of well-known Derry playwright, Liam Campbell, has smashed it's original target less than 24 hours after it was established.

Liam, who passed away in December 2021, wrote the poignant 'The White Handkerchief' to commemorate the 50th Anniversary of Bloody Sunday.

Carl said he set up the GoFundMe page: The Liam Campbell Prostate Cancer and Mitochondrial Disease Appeal as a tribute to his late brother.

Carl added: “As many of you know, Liam Campbell was successful in many areas of life; he was a published author and researcher; a singer/songwriter and a playwright.

“Liam left school when he was 16; he started to sing and play in rock bands and it became evident through his playing and songwriting that he had creative talent in spades.

“He worked for Guinness on the delivery lorries for a time but always aspired to do something more meaningful. He returned to education and sailed through it, as he tended to do with most of life’s challenges, gaining a First-Class English Degree and completing a PhD four years later.

“As in many areas of his life, Liam continued to excel as a teacher, author and researcher. I was lucky enough to work with him during part of his time at Derry Playhouse and the two of us doing lecture work at Stranmillis University,” said Carl.

Liam was also a published expert on JRR Tolkien.

In addition, he gave papers at various conferences throughout the world, including Oxford University’s Lady Margaret Hall, a college where JRR Tolkien himself once taught.

Carl recalled: “As his career in the Arts flourished, he began to write for the stage. He enjoyed great success in the local scene culminating with his latest work ‘The White Handkerchief,’ which was written to commemorate the 50th Anniversary of Bloody Sunday. Unfortunately, his failing health meant he would never see it staged as he died several weeks before the premiere.

“Liam had been diagnosed with prostate cancer about six years ago, when he was 49. At first, the doctors suggested they might be able to cure it, or even significantly reduce it, allowing him ten or more years at least.

“Liam researched his illness to the nth degree; reading peer-reviewed papers and checking on possible new treatments trying to free himself from cancer. He hated the word ‘battle’ as it inferred some people were not trying hard enough to survive.

“As his only brother, he and I would be on the phone for hours or face to face discussing new research and how he might be suitable for specific trials. I went with him to many appointments, which were always a source of fear and anxiety,” said Carl.

Liam was recommended to a hospital in Cambridge to have the prostate removed and was assured this was a great chance to be cancer-free.

However, according to Carl, it turned out, his cancer was a much more uncommon variety called ‘Ductal’, which meant it was challenging to detect.

“Liam was told his cancer had escaped the margins removed by the surgeons and appeared in the lymph nodes. He seemed to get one bad test result after another. At this point, Liam used to tell me that he didn’t seem to get any good news about this disease.

“That is why I have decided to raise funds for Prostate Cancer UK. To quote the research: ‘Prostate cancer is the most common cancer in men, with around 1 in 9 men diagnosed in their lifetime. In Northern Ireland, it is estimated that 1,200 men are diagnosed with prostate cancer every year and at least 8,500 men are currently living with a diagnosis of prostate cancer.’

“Liam was also very much a family man, firstly with his wife and children and then with his grandchildren.

“His granddaughter was born with very serious genetic issues which cause heart failure, multiple seizures and also Mitochondrial disease. Any one of these issues on its own are life-threatening. When present in combination, they are very worrying. Indeed, the child had been through many severe episodes that required admissions to Altnagelvin and Belfast Children’s Hospital. Some of these episodes were life-threatening,” said Carl.

Carl said he witnessed Liam pushing his ill health, fear and sadness to one side once his granddaughter became so ill.

He said: “She was about seven years old and prescribed more than 20 medications per day to be administered around the clock.

“Liam had a substantial multi-coloured spreadsheet that recorded all the medicines and their administration times. His mobile phone had numerous alerts to ensure each dose was the correct period from the next.

“As he did this, he brought his skill as a researcher to bear on finding who the top doctors in this field were. When he discovered a Newcastle-based Professor was engaged in world-leading research and treatments for Mitochondrial disease. He went to the next conference in Newcastle, introduced himself to the Professor, and persuaded him to treat his granddaughter.

“She is still one of his patients today and continues to lead as good a life as is possible for her. Near the end, Liam’s greatest heartbreak, and there were many, was having to leave her behind. For this reason, I believe Liam would approve of a 50% weighting of any funds raised be donated to The Lily Foundation, a leading charity for Mitochondrial disease,” said Carl.

‘Mitochondrial disease, or 'mito', is the term given to a group of medical disorders caused by mutations in mitochondria, the tiny organelles present in nearly every cell in our bodies, which generate about 90% of the energy we need to live.

Cells cannot function properly without healthy mitochondria, so when they fail the consequences can be serious and wide-ranging.

Carl said: “Mitochondrial diseases affect people in multiple ways, depending on which cells are affected. This can make the condition hard to diagnose, as symptoms often resemble those of other serious illnesses.

“For example, a person with mitochondrial disease may suffer from seizures, fatigue, vision and hearing loss, cognitive disabilities, respiratory problems or poor growth. Any of the body's organs and systems can be affected including the brain, heart, lungs, gut, liver and skin.

“There is currently no cure for mitochondrial disease. However, important steps have been made to make diagnosis faster, easier and less invasive to the patient, and some promising research into effective treatments is underway. The more we learn about mitochondrial disease the closer we will be to one day finding a cure.

“Please give anything you can and maybe, who knows, we can make a difference. This would be the best legacy for us all and one I know Liam would approve of,” said Carl.