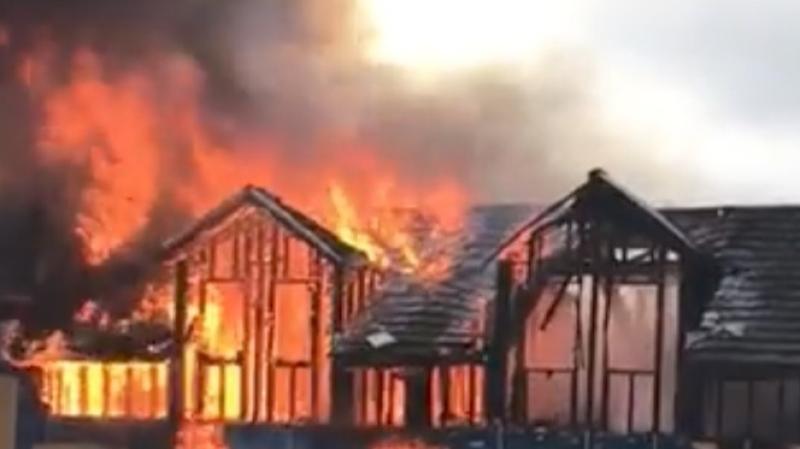 A fire at Dunfield Terrace in Derry's Waterside has been described as "a regrettable end to issues surrounding the site".

Fire crews responded blaze at the site on Tuesday night.

Speaking to Derry Now, Derry City and Strabane District councillor, Sean Mooney (SDLP), said he had been working with residents to resolve issues of anti-social behaviour at the site.

Councillor Mooney said: "Residents have been calling for the derelict houses at Dunfield Terrace to be demolished for some time due to safety concerns and the site becoming a hub for anti-social behaviour. Despite this, nobody wanted to see the site cleared in this way and while I’m glad that nobody was injured, minimal damage was caused to houses in the surrounding area as a result of this fire.

“Myself and my SDLP colleagues Sinéad McLaughlin, Martin Reilly and other political representatives have been working with residents for some time to try and resolve the issues surrounding this site. We have liaised with council, the PSNI and other stakeholders in an attempt to reach a solution and have the building work completed or the partially built homes cleared and it’s unfortunate the issue has ended in this way.

“The long-running saga at Dunfield Terrace underlines the need for council to be granted more powers to intervene in cases like this, where sites have lain dormant for an extended period and it is causing problems for the local community. I’d like to thank the fire service for their efforts in extinguishing this blaze and I hope that we can see the site secured as soon as possible and an end to the anti-social behaviour that has plagued residents."