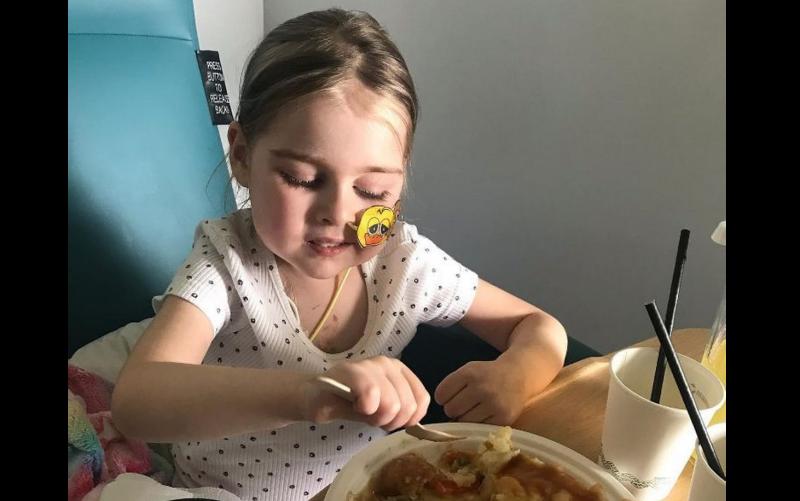 The youngster starred as Erin Quinn's baby sister, Anna Quinn, together with her twin sister Sophie, in season one and two of the Channel 4 hit series. Photo: Belfast Live

The youngster starred as Erin Quinn's baby sister, Anna Quinn, together with her twin sister Sophie, in season one and two of the Channel 4 hit series.

Zoe, who is from Belfast, was diagnosed with leukemia seven weeks ago after her mother noticed she was pale and rushed her to the hospital. It was then doctors confirmed the devastating analysis.

Since then, the four-year-old has had a number of bone marrow biopsies and is currently receiving chemotherapy and steroid therapies.

Zoe's mum, Leah, told Belfast Live that the youngster has spent the last several weeks undergoing gruelling procedures and treatments, which will continue until Christmas and have left the youngster too weak to walk.

Leah, says her daughter is “nonetheless smiling” regardless of the grueling therapy and dropping her hair, which she says is the “hardest part.”

“I know that’s not the main concern, but it’s the saddest wee bit for her,” Leah said. “Zoe just had the longest thickest hair and it was the first thing anyone talked about when they saw her.”

Derry Girls fans have rallied to support the family through the heartbreaking ordeal.

A family friend has set up a fundraising page  to support the family which has smashed its £500 target by raising nearly £7000.

Leah, who has been forced to give up her work to care for Zoe, said that the help and kindness they have received so far from well-wishers has been “unbelievable."