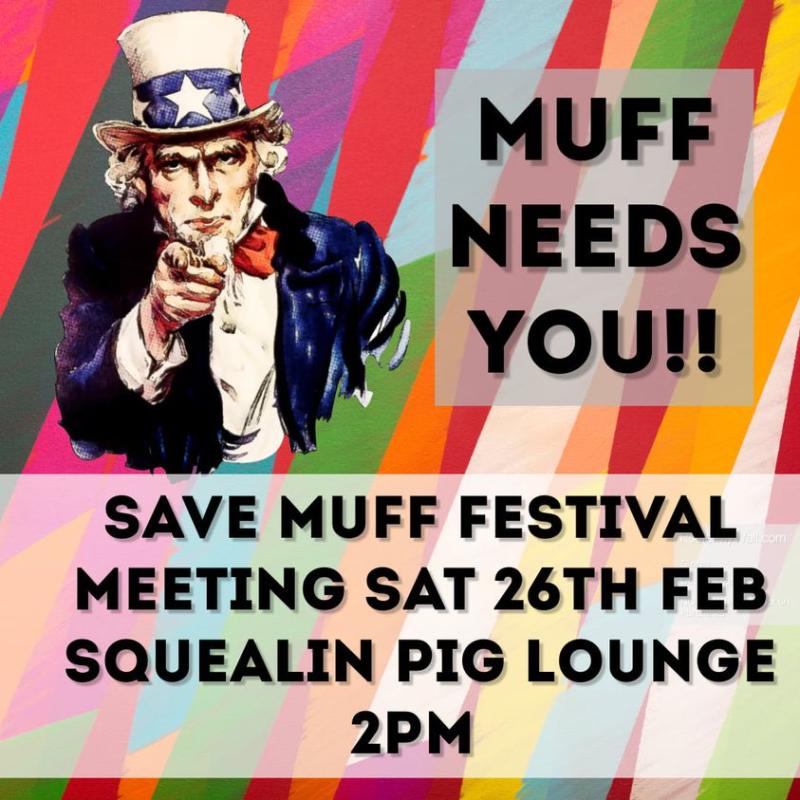 The future of the legendary Muff Festival is in doubt due to the lack of volunteers willing to help organise the annual three-day event.

No-one turned up for last week's planning meeting, so another one has been called for this Saturday (February 26), at 2.00pm, in the Squealing Pig in Muff.

However, an optimistic Oisin said: “Muff needs a festival. It has been an annual event for the past 39 years, except for 2020 and 2021 when we were living through covid.

“It would be good if we were able to go out on a high this year, the 40th festival, if a decision is ultimately taken not to have any future festivals. But, it is not looking very good at the minute. Ultimately it is up to the local community. I would say, 'If you really want a festival, please come along to Saturday's meeting and get involved'.”

Traditionally Muff Festival was a three-day event held over the August bank holiday weekend, at the end of July.

Oisin said: “On a Friday, usually, we have the opening parade, followed by a fun event in the Squealing Pig, such as a Take Me Out night. There would also have been an event to crown the Festival Queen.

“On the Saturday, in the Festival Field, we would have had the tea tent and the craft fair and bouncy castles, all free of cost.

“On Sunday, the big day, we would have held all of the races, for children and adults including, the egg and spoon and the wife carrying race.

“There would also have been entertainment in the bars on Monday night, to round off the weekend.

“I did a 90s rave night one year and there was an 80s disco one year. We also had the Mayor of Muff fundraiser, which was incredibly successful over the years.

“Organising the festival is a big operation and it is a shame the way it has gone. It is a pity. I would like to invite everyone who is willing to help along to Saturday's meeting. We are already a step behind because we have missed all the grants deadlines.

“I don't know if anything is going to happen this year, but I hope it can. If not we will try again next year, for definite. People are saying to me, 'It would be a shame if the Festival does not go ahead this year'.

“Yes, it would, but we need people to help us to organise it so I would ask as many volunteers as possible to come along on Saturday.”