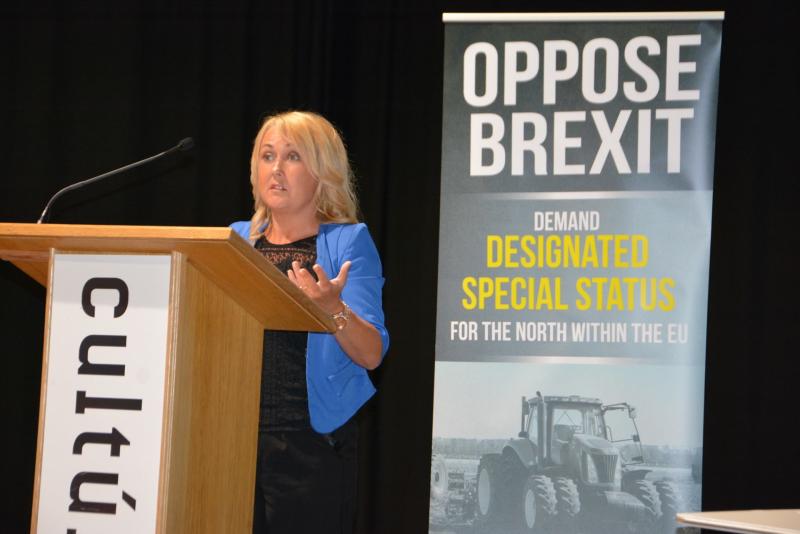 Ciara Ferguson: "As a result of Brexit, the department for the economy has lost vital EU funding for skills and training."

Sinn Féin Foyle MLA, Ciara Ferguson, has said the most recent report by Manufacturing NI highlights the biggest concern for manufacturers is access to workers.

Ms Ferguson stated that the report showed that a shortage of labour was having a consider impact on manufacturing firms to get goods produced and on the shelves.

The current wrangling over the NI Protocol between the UK and the European Union (EU) has not helped the current uncertainty regarding the import and export of goods and Ms Ferguson said that negotiations must focus on finding practical solutions to ensure the Protocol works more effectively and moving forward we need to see a greater focus on the opportunities it has to offer.

She said: “The latest Manufacturing NI report has confirmed that the biggest problem currently facing manufacturers is a shortage of workers.

“The proportion of manufacturers experiencing problems with implementing the protocol has reduced significantly, with almost two thirds saying the protocol is here to stay and needs to be made work better, while over 40 per cent of respondents want the Executive to secure new opportunities through the protocol.

“The priority in the current negotiations between the British government and the EU must be on finding practical solutions to ensure the protocol works more effectively.

“We also need to see a greater focus on the opportunities of the protocol and a strategy to maximise the potential of the north's continued access to the EU single market as well as the British market.

“However it is clear that Brexit has created significant problems in terms of access to labour with the end of freedom of movement and the strict immigration regime being implemented by the British government.

“In addition, as a result of Brexit, the department for the economy has lost vital EU funding for skills and training.

“The British government needs to replace the EU Funding that has been lost due to Brexit to support skills and training, and also recognise the problems with access to labour and the unique circumstances of the north in respect of this, and must put in place solutions which allow for those with the necessary skills to be recruited.”