All bets are on Wack! 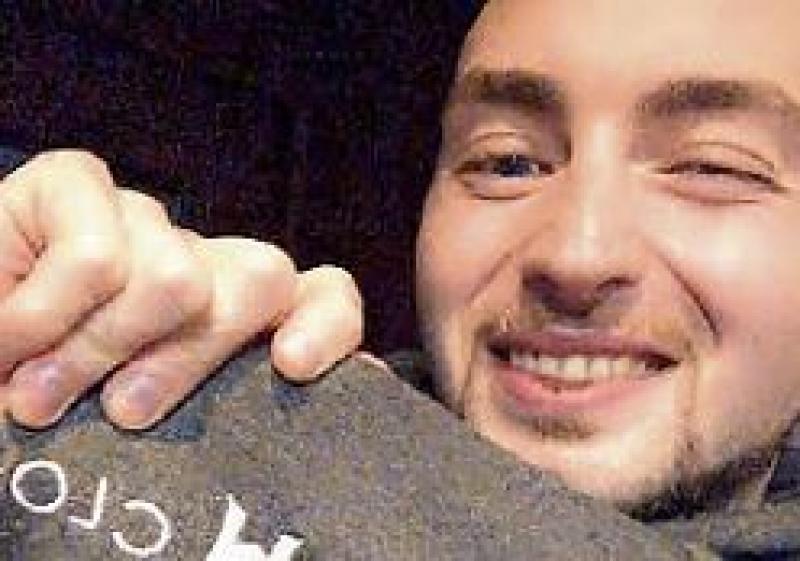 The last year saw many people try many things outside of their comfort zone and that is no different for a local bookie.

Eamonn McLaughlin launched the streetwear brand, Wack, and has been a long time coming.

At the minute, Wack has a wide selection of hooded jumpers and headwear available to sell.

However, this is just the beginning for the brand. Eamonn made it clear: “To be honest, it’s been something I’ve been drawn to my whole life. I messed about for years until I finally made it a reality.

"I’ve always been into design and the arts, so naturally it was easy for me to manifest. The idea of seeing strangers wearing my clothing is what motivates me to do it the most as that brings real excitement to me.”

Eamonn has viewed 2021 as a year of progress for his clothing brand, as it was the year the brand launched. He made it clear:

“I am happy with the progress I’ve made and the things I’ve learned along the way, from business skills to marketing. I’ve literally done everything from the design to the stitching.”

Eamonn added: ”Progress is everything for me and I’m excited for the future of it”.

Many entrepreneurs find themselves starting a business venture with the idea of some extra cash but it’s different for this one.

Now it is only a side hustle for his job as a bookie, but the passion is still there from Eamonn.

This business venture has fairly helped Eamonn to go from strength to strength himself.

It has helped the local businessman see life from a different perspective.

He said: “Money doesn’t motivate me so I would have to say becoming my own boss and help others in terms of jobs in the future motivates me.”

However, the streets of Derry are not the only streets the Wack Clothing brand is heading in.

The market of Derry has provided a launch pad for Wack Clothing with endless possibilities going.

There is a world of possibilities now with increased international trade to help brands like Wack.

The market has left plenty of potential for Eamonn to take Wack clothing to an international market. Eamonn is ambitious in saying: ”I’ve had customers from all over the world too from Dubai to Australia.”

Eamonn has ambitions now to go all out and someday open a shop for the brand with staff hired and more sales on the international side of things, with plans already made to send orders out to California.

The bookie is thankful as he says: “The people of Derry have been amazing! I was actually really shocked by the support from my friends and family but more so strangers all around the city I’ve never met”.

Eamonn added: “One of my first dreams was to see a stranger wear my stuff and it happens pretty often nowadays sop I’m delighted with it all”.

This could provide inspiration for any future companies that could be set up around the city and further afield. When asked about advice for any aspiring entrepreneurs, Eamonn said: “Just go for it.”

He added: ”Get yourself a designer and a product and learn everything about it so you can sell it as best as you can and put all of your heart and soul into it.”

That was the approach taken by Eamonn whenever he started his brand last year. He sends an engorging message.

Many people may wonder what the origin of term ‘wack’ is? The bookie just says: “I am Wack. The one and only, very few will understand”. This is a reference to a common nickname given to Eamonn McLaughlin by his family and friends, but it could be more common among the high street shoppers.

However, like any other businessperson, Eamonn has his own challenges along the way.

Many businesses have problems with things such as funding and marketing as they attempt to break into their market.

Eamonn sees challenges in his business whenever it comes to: “Staying on top of the marketing and funding the whole process.

“ I don’t get any funding for it so it’s the money I make back from selling and from my own pocket that goes into the business. You have to spend money to make to make money, so I have no problem investing in myself as I’m not doing it for money anyway”.

However, Eamonn certainly has his idols whenever it comes to the business side of things. McLaughlin takes inspiration from “Mohawk Unorthodox in Strabane, Han and Storefront.”

He added: “Many other well-known brands too but mostly local businesses.”.

Now will there be barriers in that process? The bookie laughed saying: “I see no barriers, only progress.”

At the minute Eamonn also has visions of someday creating a website for Wack Clothing as they will attempt to reach a wider target market through the World Wide Web.

As a brand set up in 2021, Wack Clothing has only ever known of a marketplace on the island of Ireland impacted by the Northern Ireland Protocol.

Eamonn believes, “no It hasn’t” impacted him on his sales across the water. Since it came into force at the start of 2021 the protocol has disrupted trade between Great Britain and Northern Ireland.

The UK Government has suggested it could suspend parts of the arrangement.

Cross border is key to many businesses to strive in border counties such as Derry and Donegal.

Eamonn isn’t that bothered about an of the post Brexit talk at all. The bookie said: “None of it affects me at all. I’m mostly locally based”. However local business may spiral into national business and maybe even global business someday. For now, it is selling products throughout the city.

Steetwear may not be the only thing on the mind of Eamonn as he grows his brand.

Wack Clothing now is only streetwear but other things could be on the horizon.

Eamonn said: “I have plans to branch out into a sports range and other things in the future but for the moment I’ll keep it simple. My skills, knowledge and connections grow by the day and that keeps me enthusiastic and driven”

However, starting a business during a pandemic can provide its challenges but may have its benefits with online shopping on the rise, with the decline of the high street.

Eamonn just said: “I do everything from my own desk from home, so it hasn’t affected me in terms of customers in store, but it has definitely impacted the delivery times and stock availability of my clothing”.

He added: “It’s becoming slightly better now but it’s still a little all over the place.”

To purchase some of the products from Wack Clothing, make sure to look out for Wack Clothing in the Donegal Shop in Shipquay Street and the storefront and awakening in Waterloo Street who will have stocked up on a new range of wack t shirts and hoodies in the coming weeks as Eamonn wants to grow the brand further as many businesses plan to recover from the very tough last two years.

Online purchases could be made through the Wack Depop page - https://www. depop.com/wackincclothing/.