From Brandywell ball boy to making his Derry City debut: The wonderful story of Caolan McLaughlin 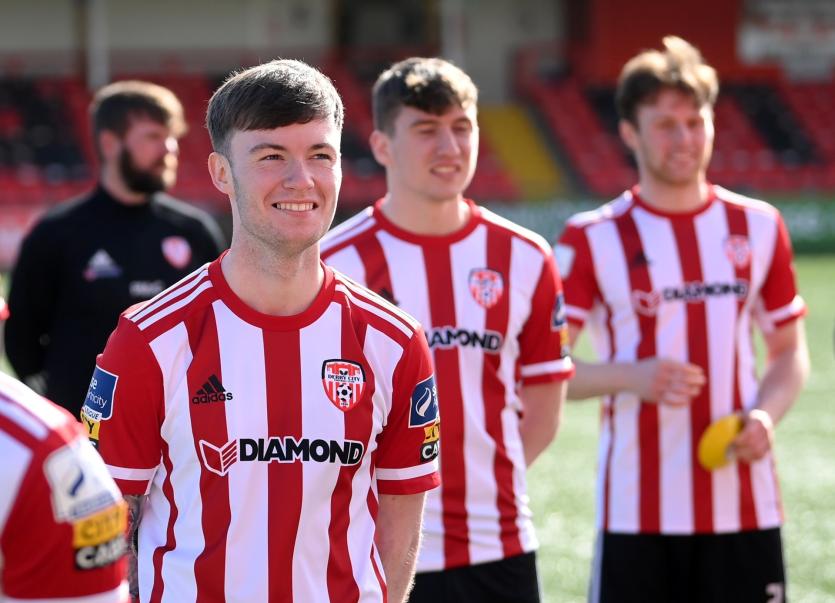 Caolan McLaughlin has paid tributes to his parents after helping him go from Derry City mascot to first team player in the space of a decade.

The 19-year-old made his senior debut in the defeat to Longford last Saturday, coming on as an 80th minute substitute for Will Fitzgerald on a memorable night for the teenager and his family.

Caolan’s dad Jim passed away four years ago, and the young forward admits he wouldn’t be where he is today without the support of his parents, Michelle and Jim, and stepdad Conor.

“Unfortunately there were no fans and no family there which was disappointing but they were all back home watching and as soon as the match was over I got the texts from my family,” he explained.

“My father passed away a few years ago so hopefully I did him proud.

“He played a big part in me growing up. When I was younger he coached me in the younger teams so hopefully he would have been proud.

“My parents have taken my everywhere and given me everything that I need or want from football, so it’s good to pay them back in that way, making my debut because my family is the main thing.”

Caolan (pictured below, second from left, when he was a ball boy at the Brandywell in 2011) admits he never expected to be called from the bench last Saturday, but was determined to enjoy every minute once he realised he would play the final ten minutes plus stoppage time. 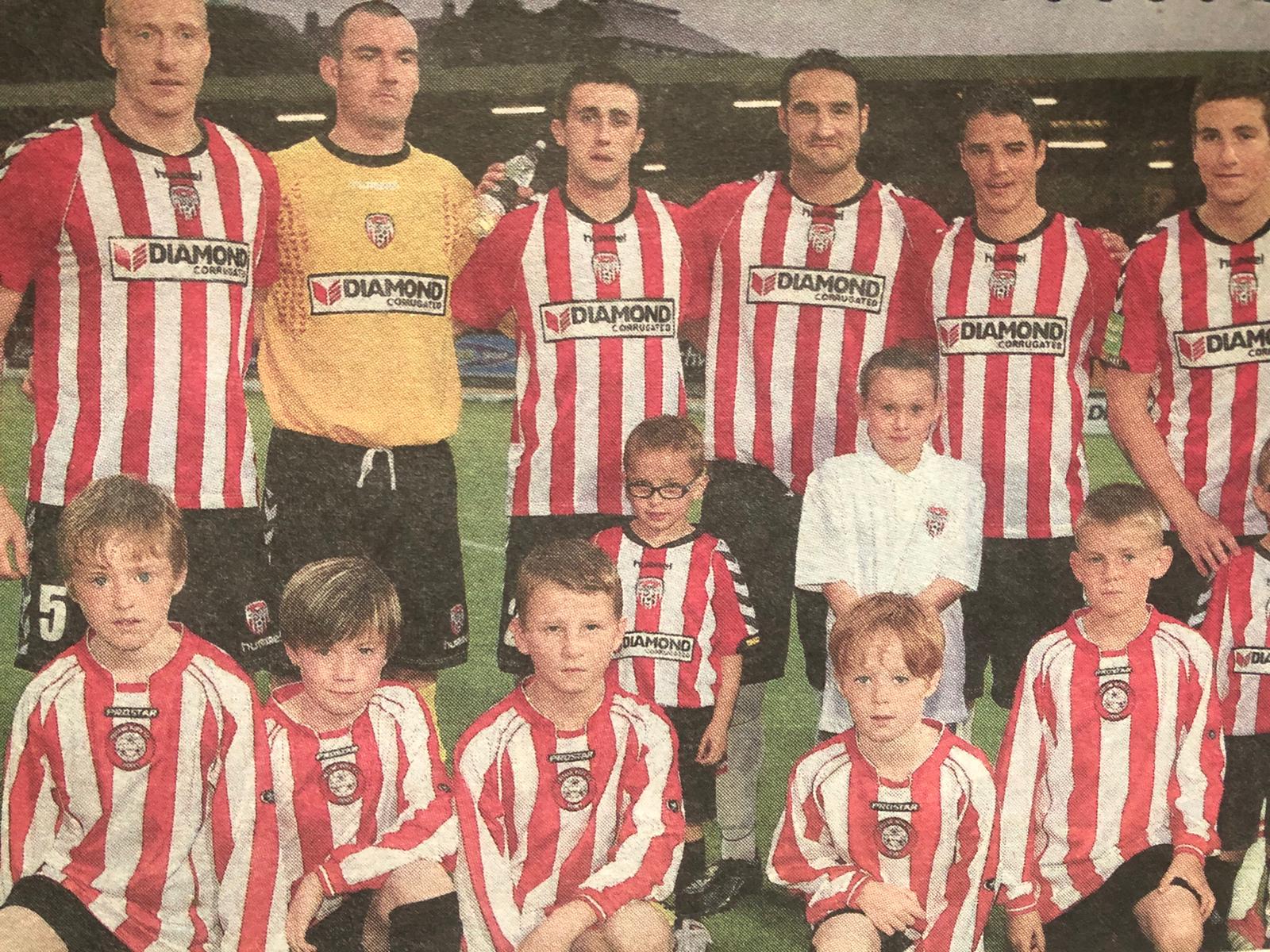 “The feeling I had was indescribable,” he admitted.

“Being a mascot at the Derry games to actually being one of the players is a dream come true.

“I was sitting on the bench wondering if I was going to get on and I was told to warm up twice before I got the call from Decky. When that happened I just got this feeling in my belly, like butterflies.

“Whenever I was coming on it was a really proud moment for me and my family.

“I was never expecting to get on. I’ve only been in training full time this year, but I’ve come in and got the head down. It shows the manager trusts me which is good.

Caolan is one of a number of young players hoping to make their mark on the first team this season.

Patrick Ferry and Ronan Boyce broke into the team last season as manager Declan Devine continues to give young players their chance at the club.

His debut was a bittersweet moment for Caolan in that he suffered a defeat in his first senior game, but he is now looking at the bigger picture and what he can go on to achieve in the 2021 season.

“It was always hard coming on in a match like that,” he continued.

“I just tried to get a few touches and after I did that I felt comfortable. We were all disappointed because we lost, but at the same time I was sitting in the corner and I was buzzing.

“It was hard because I didn’t really want to show that because everyone was disappointed with the loss but it’s all about kicking on now and playing a few games.”

Waterford visit the Brandywell next week and Caolan is hoping that he can again feature as the Candystripes hope to get their season up and running with a home win.

“Three points is everything in this league because they are always hard to come by,” he agreed.

“Three points in the next game will stand us in good stead for the upcoming games and help us climb up the league.”