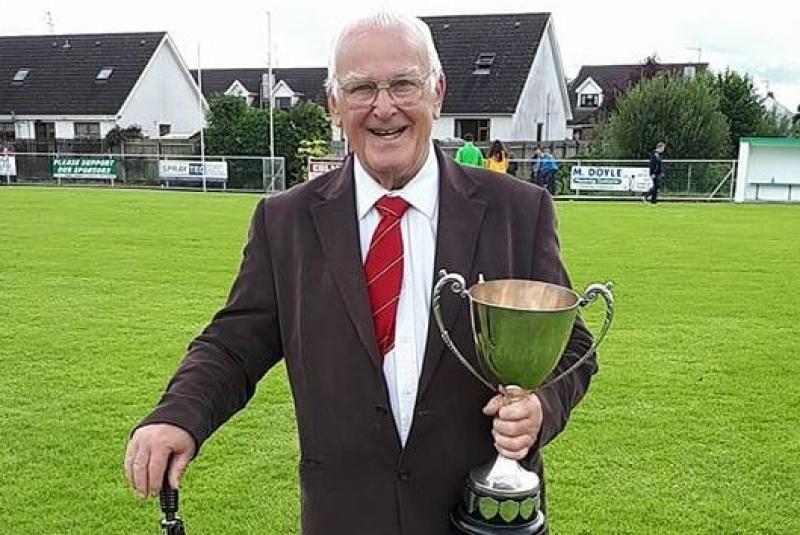 Newbridge and Derry have paid tribute to Harry Gribbin, who passed away on Tuesday in Antrim Hospital after a short illness.

He was the beloved husband of Veronica and loving father of Pauline, Kieran, Joan, Brenda, Colm, Maureen and Raymond.  Harry was the son of the late Henry James and Sadie and dear brother of Bill, Gerard, Laurence and the late Bobby and Tony.

Harry was the President of Newbridge, who issued a statement with 'great sadness' in tribute to Harry's contribution to GAA across the county.

He had a long and successful involvement with both club and Derry, having been involved in several underage and senior club championship titles with Newbridge.

Harry was part of the management with county minor, U21 and senior All-Ireland successes with Derry, while also being involved with Ulster success in the Railway Cup.

"A life-long gael he has left behind a great legacy for his family and fellow club members," read the Newbridge tribute.

"Please keep him in your prayers as he goes on to his next match in heaven."

"Throughout almost the entirety of his nine decades, Harry spent his time devoted to and immersed in the GAA of his club and county," read a statement.

"Ten years as his club's treasurer was followed by 19 years as chairman. A man for whom no task was too big or too small, Harry carried with him at all times an unshakable belief in Derry and Newbridge GAA - what they stood for, what they had achieved and could achieve again.

"Our community bids him farewell with the same spirit as he ended his own club's Golden Jubilee book of 1975: 'And so we have told our story, of the good times and the bad, of success and failure...of those who followed in the footsteps of their fathers in keeping a tradition alive.'