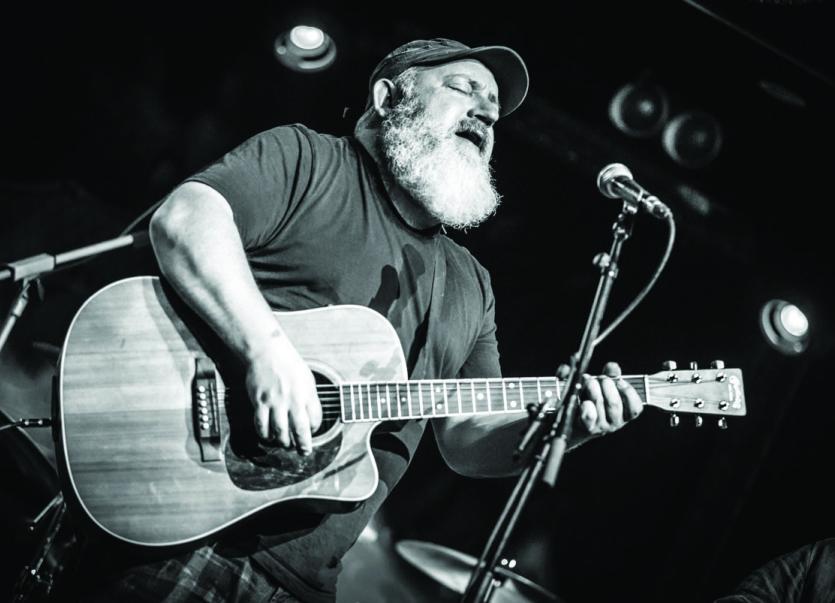 Paddy Nash is Paddy Nash. If you don’t know of him by now then the short version is, he one of the finest musicians to have come out of Derry.

I say that about a few people from here so let me elaborate - he’s influenced most of the people I regard as being the best musicians to come out of Derry so that makes him one of the best to have come out of Ireland and we’re just lucky enough to come from the same village as him.

When we were too young, we were out watching The Screaming Bin Lids and first gaining the inclination that great music could be written and delivered right to our doorstep.

When we were allowed into the bars, The Whole Tribe Sings were making us believe that the rest of the world might well deserve to hear some of those songs, so we let the rest of the word hear a wee bit and then out of all the enchiladas in the world, Paddy picked the happiest and set about on a mission to spread the word.

He once said that no one was ever going to stop him from dreaming and who am I to argue.

He recently told us about one such occasion: “I was at the Americana UK Conference and myself, Billy Bragg and Ralph McLean decided we were going to go for a pint. So, we found this wee pub and we walked in and Ralph said ‘Paddy you fire up the jukebox, Billy you get the seats and I’ll get the beers. So, I went to the jukebox and rifled about in me pockets but all I had was one 50 pence.

“So, I took a seat next to Billy and Ralph sits beside us but instead of bringing three pints he brings three bottles of Football Special. We look at him and he says ‘Sorry boys, restrictions. No alcohol.’ So, we’re drinking our Football Special and who walks in? Springsteen himself. He pricks his ears up and looks at me and says, ‘Good choice son. Best song ever written.'

“Then he looks me square in the eye and says, ‘Why have you never released ‘Rapture Song’ as a single?’ 'Rapture Song?’ says I, 'that was just a song I wrote for Diane for her birthday.' ‘You have to re-record it,’ he said. ‘What like full E-Street?’ says I. ‘Full E-Street,’ he said and then he was gone.

“Ralph gave me that look that said, ‘listen to him like’ and I turned to Billy and he said, ‘you heard the man’…well actually he said ‘you’eard’a’man’. Then I woke up.

“I said to Diane ‘I know what song I need to release as the next single’ and she said ‘Rapture Song.’ I said how did you know that? and she said, ‘not only do I know what you’re going to release but I know when’ and I said ‘when?’ She said ‘18th January 2021.’ I said ‘why?’ and she said ‘because that’s ‘Blue Monday.’ Officially, the saddest day of the year and it might cheer a few people up’.

“So, I got on the blower to Casey (Paul Casey, you know Paul) and said ‘What’s the craic. Can you do it?’ and he said ‘no problem.’ So, on Monday 18th January, or today, ‘Rapture Song’ is going to pack its bags and make its way out into the world and if it crosses your path then I hope it’s a pleasant experience. Cheers. Keep ‘er lit.”

Paddy sent me the song for a listen before I’d heard the bar story and my impression was that 'Gate Fever' Paddy was going for Nebraska and with 'Rapture Song' he was going 'Born In the USA.'