An appreciation to Derry man James E. Doherty - 'His like will not be seen again'

A friend pays tribute to a well-known local man 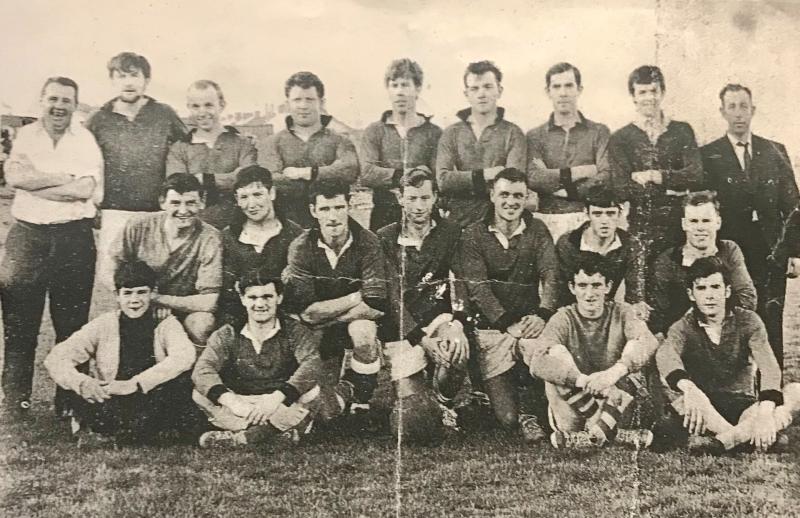 James E. Doherty (affectionally known as JED) passed away on 7 December past.

We were Lone Moor Road neighbours, schoolmates and this friendship continued to adulthood.

He was one of our 'gang' when our base was around Hippsleys shop in old Bishop Street opposite the jail.

The best of craic, flour fights on the Walls, music, fingers in the sweety jars and innocent liaisons. JED was always there.

We played Gaelic football together with the Sean Dolans team (the real Dolans as in the photo above); JED sitting second right beside another legend John Duffy.

We had some squad and played in Celtic Park when the ground, and not the opposition, was the health hazard.

A fearless keeper, he saved us on many occasions using the two “Fs”, feet and fists, not necessarily in that order.

We both went different ways but eventually we were in Saudi Arabia at the same time and met up in the town of Hofuf in eastern Saudi.

We shared snaps; me among hundreds of Fresian cows and JED going up a sand dune on a camel, top of the same dune and going down the sand dune, still on the same camel. Hilarious.

Next time we met he was working in Limerick.

We had a few jars in Derry; JED, me and a Mr. Lees and a few songs were rendered.

JED gave an excellent version of ‘Limerick, you’re a Lady’ and then proceeded with anecdotes in a perfect Limerick accent which Richard Harris would have been proud of.

We met again not too long ago at Ray's 70th birthday.

Again we reminisced about the good old days.

James E. was one of the most intelligent fellows I ever met.

He will be missed by the 'Real Dolans', Billy O’Kane et al.

May He Rest in Peace.