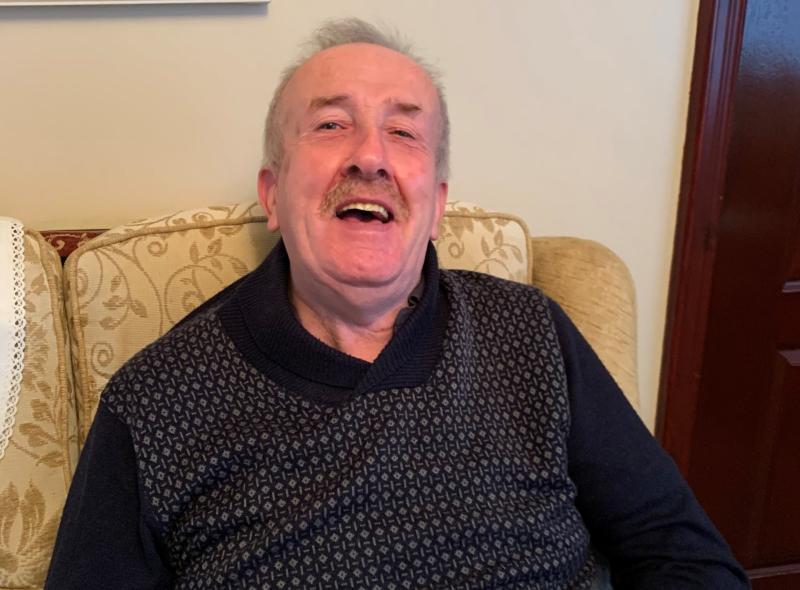 Of all the charity events that have been held in the Dungiven area over the years, there isn’t many that haven’t involved local man Martin Myles in some capacity.

Whether it’s helping to organise a fundraiser, volunteering his time or simply making a donation, Martin has always been more than generous.

His kind nature and willingness to put others before himself have meant he has helped many charities and people in need over the years.

For Martin, however, he says he only wants to put smiles on faces.

Born in Crebarkey, on the outskirts of Dungiven, Martin moved to the north Derry town with his family when he was just five years old.

Prior to their arrival in Dungiven, Martin attended the old schoolhouse in Cashel, a journey he made on foot each day alongside his siblings.

Following their move to the town, Martin, one of nine children – five boys and four girls – continued with his schooling there.

From a young age, Martin always showed a good work ethic, and it wasn’t long before he secured his first part-time job – delivering the Coleraine Chronicle newspaper to locals.

“I was still at school at the time, but I really enjoyed that wee job. I had eight dozen papers to deliver at the time and it kept me busy,” laughed Martin.

“After that, I got a job on Turner’s block and milk lorry and that was something I really enjoyed too.”

Martin recalls a happy childhood growing up and has fond memories of gathering potatoes as a youth and playing marbles with his friends.

“When I was younger, we used to kick a ball about the green down at Mitchell Park. There was maybe about 20 or 30 of us and we would have played soccer or Gaelic football in different wee teams. It was great craic and there was very little traffic about then.

After leaving school, Martin, like many other young men his age, choose a career in the construction industry and over the years he worked on many building sites across the North.

Despite working long hours, Martin decided he wanted to follow in the footsteps of his father, William, and join the local fire service.

In 1978, at the age of 28, Martin joined the local station as a part-time firefighter and said he was ‘proud’ to have worked alongside his late father for a few years prior to his retirement.

Recalling his time there, the 67-year-old says he has many fond memories.

“I really enjoyed it and I wore my uniform with pride. I can definitely say I gave it 100%. I definitely think we made a difference to people’s lives. We gave up our time to do that and we weren’t getting paid for it,” he said.

“At that time, I was working as well so if you got the call to an emergency you just had to drop all and go.”

Over the years, Martin says there were ‘many good days and many bad days’ working as a firefighter.

“We attended a lot of accidents and a lot of fatalities over the years and I’ve seen many things that I’ll never forget. At that time, we would have attended a fatality and then had to return to our work after it without getting counselling straight away. The things I witnessed I’ve never talked about and have always kept it to myself. It was tough,” he recalled.

However, for Martin, who retired from NIFRS in 2008 after 30 years’ service, the toughest point in his career came following the tragic death of fellow firefighter and friend, Joe McCloskey.

The 50-year-old Dungiven man, who was also a part-time firefighter, died in a blaze at the Gorteen House Hotel in Limavady on Halloween night 2003.

“Joe was 100 per cent. He was loyal and such a decent person who lived for the fire brigade, and unfortunately died for it,” said Martin.

“At the time of his death I was off-duty due to an injury and his death really, really upset me. Joe wasn’t just a colleague; he was also a really good friend and I was the best man at his wedding, so we were close. We both went into the fire service at the same time. Dungiven lost a true fire fighter when Joe died,” he added.

Not long after joining the fire service, Martin’s fellow colleague, Lenny Maguire, set him up on a blind date.

Luckily for Martin, it turned out to be love at first sight, and after several years of courting, he went on to marry his blind date, a young woman called Bernie, from nearby Claudy.

Martin and Bernie went on to have three sons together – Christopher, Sean and Stephen. Here they are pictured together. 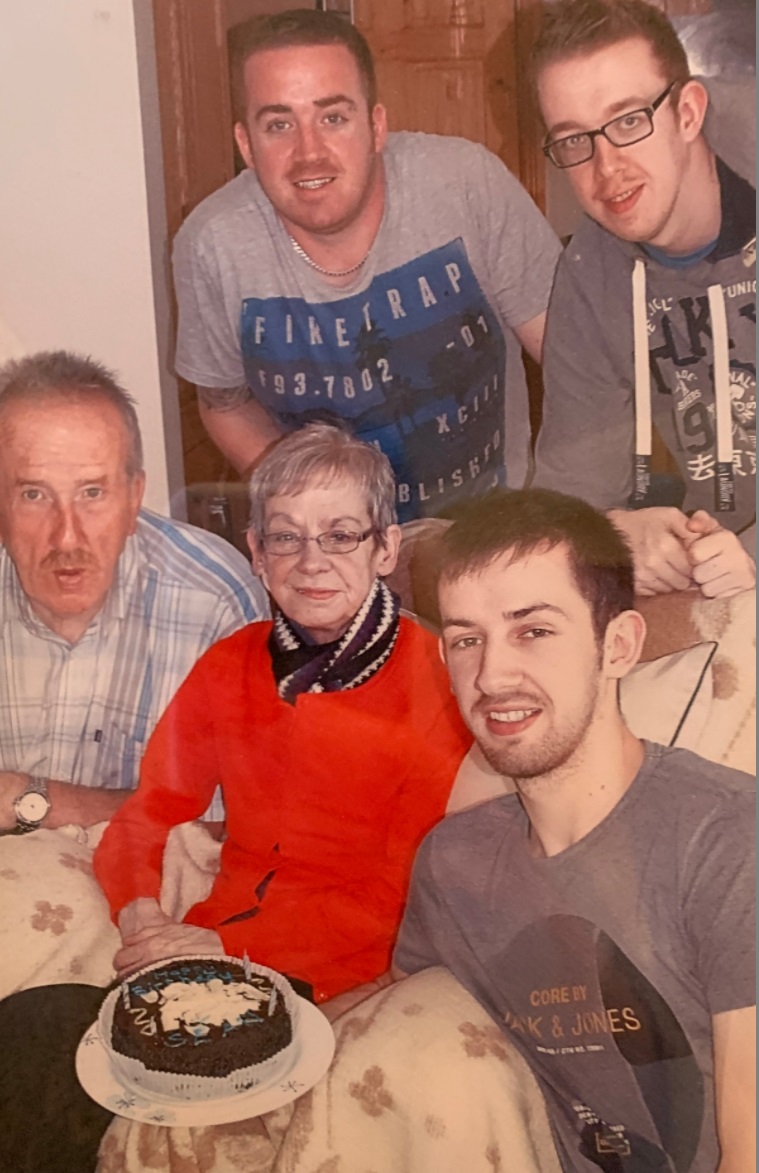 Sadly, Bernie passed away in 2016 following a hard-fought battle with cancer.

“Bernie was such a good person. She was quiet and there was no bother or fuss with her. She was such a kind person and she worked hard in Desmond’s Factory in Claudy for many years, but she got it hard and she suffered with her sickness. We really miss her so much,” he said.

Martin, who is well-known for his charitable spirit, says his fundraising all began back when he worked as a part-time firefighter.

“Back then we would have done a lot of fundraising for the likes of Children in Need and I suppose that’s when it all started,” he said.

Martin also volunteers to steward at many community events and funerals and in the recent past has helped to distribute food hampers to those less fortunate in the community.

“I never thought I’d see the something like a global pandemic in my lifetime, but I think Covid-19 has been like a wake-up call for the world and people have come to learn to appreciate what they have more. There are many people out there who have been badly affected by it all and it’s been so tough on them.

“I like helping other people. I want to do it for them, not for me,” said Martin, adding: “I always put others first before me because I like to see a smile on people’s faces.”

Martin’s charity work over the years has not gone unnoticed, with local councillor, Sean McGlinchey nominating him for a community award in 2008.

Martin, who went onto win the ‘Spirit of Dungiven’ award for ‘Most Caring Person’, organised by McNicholl’s Eurospar, said he was ‘shocked’.

Described as ‘an exceptional and very unique person’, local councillor Sean McGlinchey said: “I’ve never met anyone in this community like Martin and despite everything he’s always smiling and laughing.”

Martin said: “I was so surprised when I won the award because I feel there is other people out there who are as good as I am, but I did feel so honoured to win the award. It was really nice to receive it, but I don’t do things for the praise, I do it for the people,” he added.