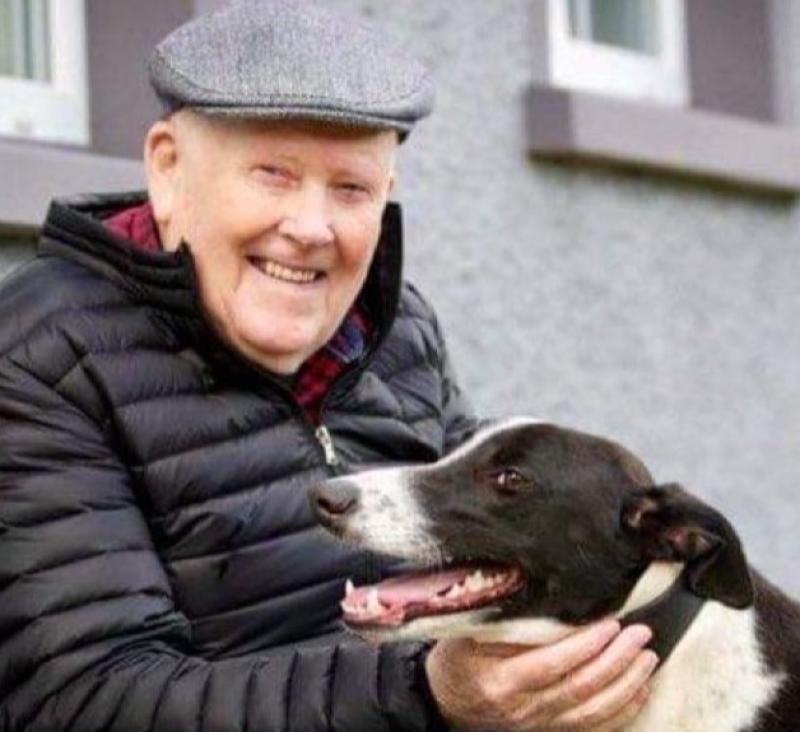 Robert Bonner with one of his beloved dogs.

Robert Bonner sadly passed away at home on September 2 this year at the age of 86. Robert, who was originally from Burt, was a familiar face at the Brandywell for many years through his support for Derry City and the local greyhound track. Robert’s daughter, Lynda, writes here about the spiritual connection that her and her mum have with a small tortoiseshell butterfly that has brought them much comfort in recent weeks.

Dad was a regular visitor to the Brandywell and he would often recount how he got there by riding on the handle bars of his dad’s bicycle when he was a young lad in the 1940’s.

In later life, he enjoyed many evenings with his beloved dogs at the greyhound track until he was diagnosed with prostate cancer, aged 80.

It had spread to his spine and caused paralysis in his legs.

Despite medical science indicating that he would probably never walk again, dad was adamant that he would recover and indeed he did.

He later went on to pass his driving assessment, aged 83.

Just before Christmas last year, he was diagnosed with an aggressive form of leukaemia and started chemotherapy.

He was admitted to hospital in August and spent his 50th wedding anniversary there.

He accepted palliative chemotherapy so that he could get home to be with mum again before he died.

During dad’s last few weeks at home, we had a visit from the Hospice nurse who helped us come to terms accepting that the goal was to make dad as comfortable as possible in the time he had left.

As I left her to the front door, there was a small tortoiseshell butterfly sitting on the inside window ledge in the hall.
I caught it gently and brought it outside setting it free.

I smiled as I watched as it fluttered away and said to the nurse that there were similarities between what we had discussed and accepting that one day dad’s spirit would be set free.

When the nurse left, I noticed a spot of blood on the floor under the window ledge where the butterfly had been but couldn’t account for how it got there.

Over the next few days, the incident replayed in mind and after some searching on the internet I found that when a butterfly emerges from its chrysalis, it expels meconium, a reddish fluid that appears to be blood.

There was a symbolism throughout that resonated with both mum and I when we considered the likely path ahead for dad and yet it was comforting to think that, one day, dad’s spirit might be as beautiful, healthy and free as that little butterfly.

After dad passed away we would catch fleeting glimpses of ‘dad’s butterfly’ and we would smile and remember him fondly.

However, the trigger for writing this story has been the subsequent appearances of ‘dad’s butterfly’ in unusual circumstances.

A few weeks ago we were leaving the house in the twilight of an evening when we saw a butterfly on the paving stones near our doorstep.

As I approached it to lift it to safety, it folded its wings in an action similar to what we would do in prayer.

It didn’t try to fly away but instead climbed onto my finger looking at me.

For that moment it felt like dad was holding my hand. It stayed there until I placed it safely on the hedge. 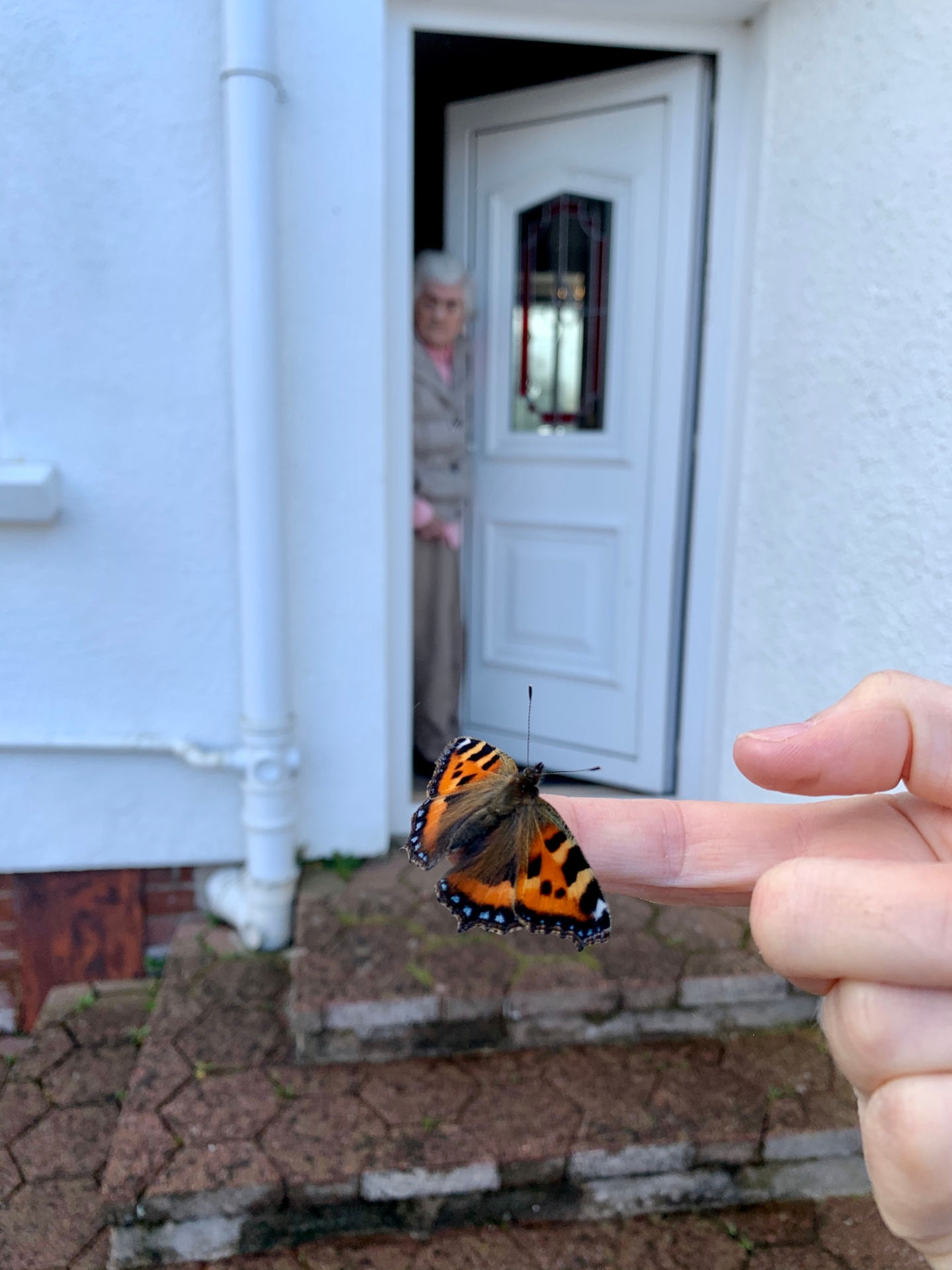 We didn’t expect to see any more butterflies this year but on October 21 I was working in the garden on a windy, wet day when I spotted the most beautiful butterfly sitting amongst the grass.

My heart swelled, I exclaimed ‘dad’ and happy tears filled my eyes.

It was an instant automatic reaction that surprised me and I laughed thinking how it might look to onlookers.

As I approached it, once again its wings closed as if in prayer.

It climbed up on my finger and I said ‘dad come up with me until mum sees you’.

It perched happily on my finger as I walked up the garden.

Mum came to the door and we both marvelled at what we were seeing before it flew away; beautiful, healthy and free.

I’ve often heard about signs from the spirit world as I grew up, but I remained sceptical.

What I’ve realised is that comfort in bereavement can come in the form of beliefs and experiences which often aren’t easily explained by science.

2020 has been a difficult year for many people and I hope that those who are bereaved and who have encountered signs of their spirit, can find some comfort from those that the spirit of their loved one will always be close by.