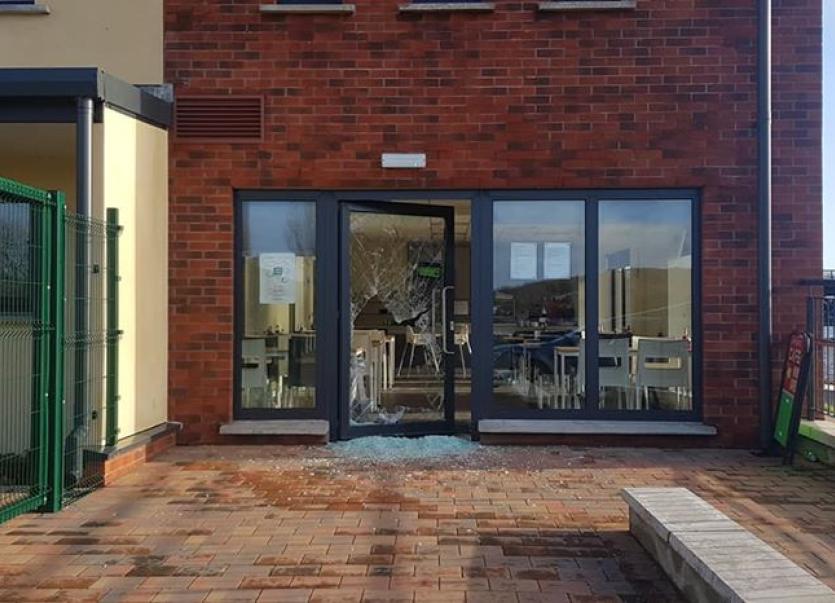 Some of the damage caused during the break-in at the building.

Police have arrested two teenagers in connection with an overnight arson attack on a centre for people with learning disabilities.

Two boys aged 15 and 13 have been arrested following the attack on the Learning Disability Centre at Foyle Road.

The centre was broken into last night and a fire was started.

It has caused extensive damage to the building which only opened last year.

PSNI Sergeant Michael Hughes said: “Both males were arrested on suspicion of arson and two counts of burglary.

"The males were also arrested in relation to a burglary which occurred at a fast food outlet on the Bishop Street area of Derry/Londonderry sometime between 5:10am and 5:25am this morning.

“Entry was gained to the premises and it is believed that a sum of money was taken from a till inside the outlet. Damage was caused to the door of the property following the incident.

“Both are in police custody at this time.

“Our enquiries are continuing in relation to both of these incident and we would appeal to anyone who witnessed anything suspicious at either the Bishop Street or Foyle Road areas of the city, to contact police on 101 quoting reference number 350 29/02/20. Alternatively, information can also be provided to the independent charity Crimestoppers on 0800 555 111 which is 100% anonymous and gives people the power to speak up and stop crime.”

A community clean-up at the centre will begin at 10am tomorrow morning.