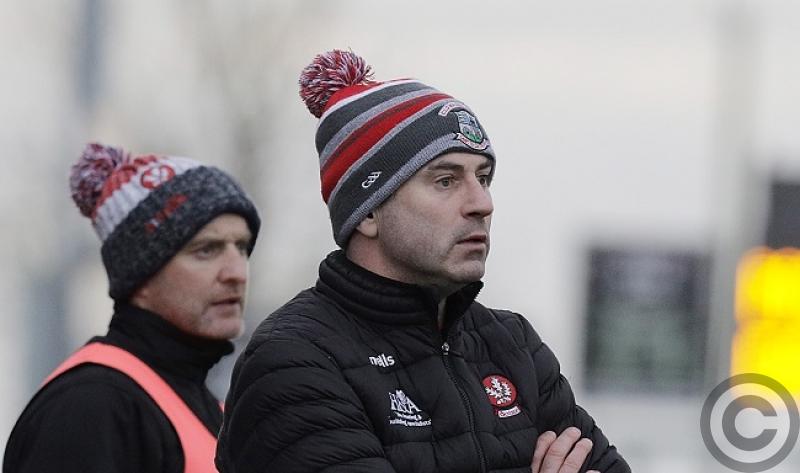 Derry manager Rory Gallagher isn't planning to use any of the Slaughtneil or Coleraine players in Wednesday's night's McKenna Cup meeting with Donegal.

They will be given time to come to terms with their All-Ireland championship exits at the weekend but will be a welcome addition as Derry crank up their plans for the league.

“I am far from a hurling expert but it was an outstanding effort from Slaughtneil,” Gallagher told the County Derry Post.

“I thought the four boys on the football panel (Brendan Rogers, Shane McGuigan, Karl and Chrissy McKaigue) were brilliant and whenever they are ready to come back, they look in supreme condition,” he added.

“We are looking forward to getting them back and it will give us a massive lift, along with everybody else.”

From a Coleraine perspective, Niall Holly, Ruairi Mooney, Liam and Colm McGoldrick are also in Gallagher's plans for the new league season that commences at home to Leitrim on Saturday, January 25.

Derry lost their first game to Monaghan by six points and barring a 12 point win on Wednesday night - that would see them through as group winners - the Oakleafers have an outside chance of finishing as best runner-up. Tyrone (+7) and Armagh (+6) have the superior score difference and lock horns on Wednesday night.

“I haven't looked at it. We are focused on trying to win the game and we'll see where that will take us,” was Gallagher take on the permutations.

Benny Heron (appendix) is expected to be out for 'another couple of weeks', with knee injury victims Jason Rocks, Michael McEvoy and Enda Lynn all still on their way back to full fitness.

Niall Loughlin was named to face Monaghan but didn't tog out due to a back spasm injury and Gallagher confirmed it 'won't be right' for Wednesday.

“We hope it will be okay in a week or 10 days, it's not serious but he just needs to do a wee bit of rehab on it. Carlus McWilliams and Conor Doherty were on holidays (missing the trip to Inniskeen) and will be back in the equation,” added the Derry boss.

With more time to delve into his opening game in charge, Gallagher stated that Monaghan's work on kick-outs was the difference and termed Beggan's 'chemistry' with his outfield players as the 'benchmark'.

He again highlighted Derry's poor start with the concession of the early goal but felt his new-look side got 'an awful lot' right.

“Monaghan were more cohesive on their own kick-outs and the way they pressed on ours – that had a huge bearing on it.

“To everyone involved ('keepers and outfielders) that is the benchmark. Application in games and on the training pitch.”

At the minute there are four 'keepers on the panel – Thomas Mallon, Ben McKinless, Odhrán Lynch and Oran Hartin - something the management are set to review, with Rossa 'keeper Lynch set to get the nod for his second senior start of his career on Wednesday night.