“The Ferry” will have its Northern Ireland premiere at the Foyle Film Festival this Sunday, November 24, 2019 at 3.00pm in the Nerve Centre as part of the Light in Motion Irish Shorts Programme 1. 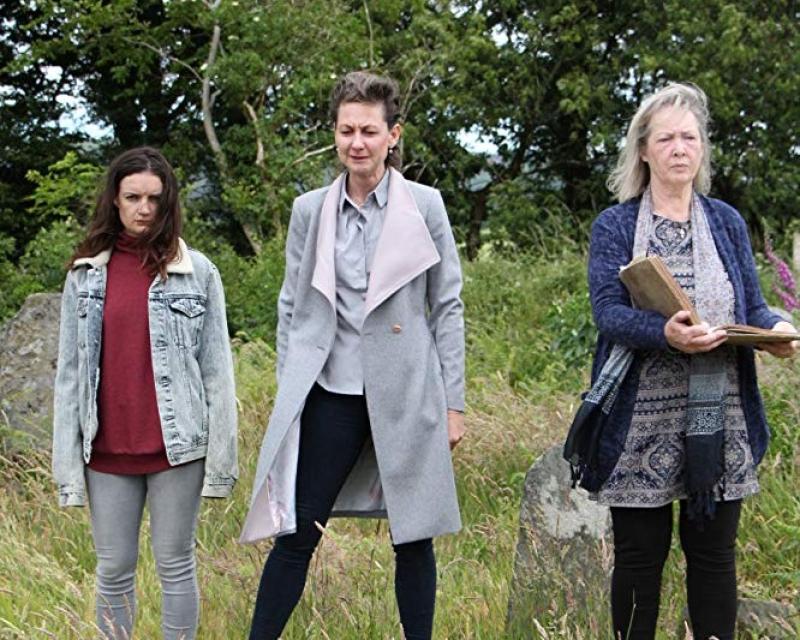 “The Ferry” will have its Northern Ireland premiere at the Foyle Film Festival this Sunday, November 24, 2019 at 3.00pm in the Nerve centre as part of the Light in Motion Irish Shorts Programme 1.
Set against the backdrop of a mother and baby home in a small town in Ireland,  The Ferry  tells the story of a young woman (Aoife Duffin of  Moone Boy) who searches for her biological mother with the help of two other women in town. The story was inspired by McKay’s own near-miss experience with a residential institution and the nuns who eventually took care of him.
Niall McKay is an Emmy-winning writer/director. After a successful festival run his critically acclaimed feature documentary “The Bass Player: A Song for Dad” was aired on RTE. McKay won an Emmy for his documentary “Sikhs in America” about the challenges of being Sikh in the US, which aired on PBS stations across America. Niall has long been involved in the promotion of contemporary Irish film in North America.
He is the founder and programmer of Irish Screen America, a festival and screening series in New York and Hollywood. A former print journalist, Niall’s work has appeared in The Economist, the New York Times and Wired Magazine.
In an article titled, “Point of No Return: Abuses by the Catholic Church are driving even the faithful away,” written in Strangers Guide magazine, McKay recalls his divorced father’s pivotal decision to send him to an orphanage called the O’Brien Institute in Dublin:  “I was to start the school year at the O’Brien Institute. And as sick as my mother was (there were references in the lawyers’ letters to my mother’s alcoholism, affairs and depression), she did realize that I would be destroyed in an orphanage. So, on September 21, 1974, my mother’s lawyer wrote to my father’s lawyer:    ‘My Client understands that arrangements are being made without consultation to have the youngest child placed in a school known as the O’Brien Institute, Malahide,’ the letter reads. ‘This, we understand, is run by the Christian Brothers, and is in the nature of an orphanage, and seems an entirely unsuitable place for this boy to go.”
And right they were. There were 30 proven allegations of sex abuse recorded by the Christian Brothers in the residential homes that included the O’Brien Institute. It was closed in 1977.”
Instead of going to the O’Brien Institute, McKay’s mother was able to get him placed in Killashee, a boarding school run by nuns, a backstory that also fuels portions of The Ferry.
“We came to the film while researching a documentary about adoption some years ago and it has always interested me that men were never mentioned in the context of mother and baby homes,” says director Niall McKay. “Not as fathers, not as doctors, and not as the family members who often put women in these homes.”

To continue reading this archived article for FREE,
please kindly register and/or log in.

Derry student, Emma McCaughey with her brother John. Emma is a carer for John who has complex needs.

Sibling of the year award for Derry student Emma

Derry will have a new primary sponsor for the 2022 season. Pic by Ray McManus/Sportsfile.

From Girls Aloud to Ed Sheeran - we look back at the most memorable surprise Toy Show guests (Image: Andres Andres Poveda)

The Nerve Centre in Magazine Street, Derry has received National Lottery funding of up to £94,000