'We wish Brigid was celebrating with us today'

AN emotional tribute to a former O'Donovan Rossa member described as the champion club's 'mammy', has received reaction from around the world. 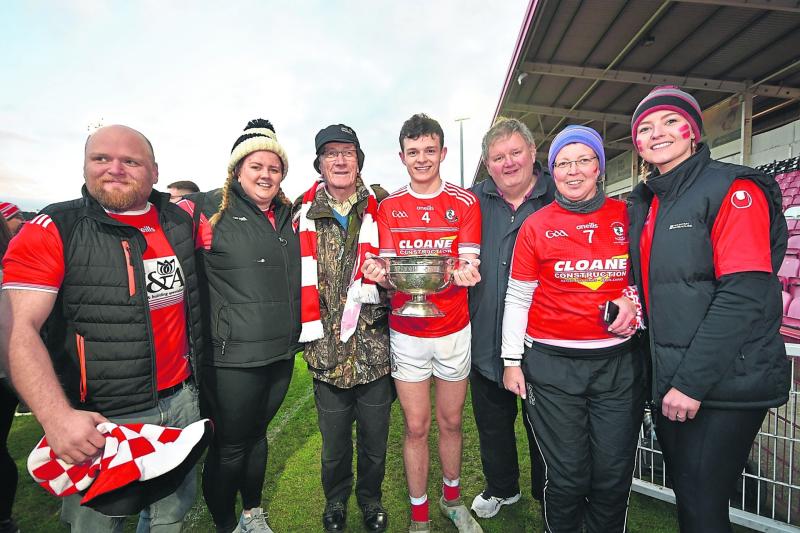 AN emotional tribute to a former O'Donovan Rossa member described as the champion club's 'mammy', has received reaction from around the world.
The special mention for Brigid Heavron - former assistant treasurer at the Magherafelt GAA club - was made in a post-match interview by her captain son Daniel.
In a nod to his late mum after helping his team to county glory, the footballer said: "I was praying to Mammy, that she would see it through."The clip of the BBC Northern Ireland interview has since went viral with Daniel's heart touching words being praised as far away as Australia.
Yesterday, the club's youth officer Enda Quinn, who worked closely with Brigid before she passed away, said he was not surprised by the reaction.
"Daniel is a very passionate fella, he's a passionate footballer and an even more passionate man.
"And what he said, he said from the heart and that is why it made such an impact," said Enda.
"Brigid was a very valued member of our club and someone who is missed so much today.
"She greeted our Rossa Ogs starting with the club and to many boys in the team today she was a mammy to them as they went through.
"So it was a nice touch for Danny to bring her in to his post-match interview, and very fitting."
He added: "I've saw the reaction to his interview and went through the social media comments which show that even people who didn't know Brigid, they got a sense of what type of person she was.
"And shows just how special being a member of the GAA community is."
Brigid sadly passed away in July 2011. She was involved with the Rossa club over many years as a member, administrator and committee member.
After her untimely passing a memorial tournament was set up by the club in her memory. It takes place every year.
She is fondly remembered by the many parents and Rossa Og members for her tireless work and support given to the Rossa Primary coaching on Sunday mornings.
The club said Brigid was a tremendous supporter of all Magherafelt teams, attending most matches and events held at Rossa Park.
Her son Shane also plays for the Magherafelt side, who yesterday were still celebrating bringing home the County title for the first time in 41 years.
Said Enda: "I know it's an overused word but it really is unbelievable.
"It's surreal and the outpouring of joy on that pitch when the whistle blew needed to be seen to be believed.
"You kind of get lost in it all. After 41 years we we wondered was it ever going to happen, but it did.
"Although it was only a point a win is a win and the best team definitely won. The celebrations have only just started."
Adding to his post-match interview, Daniel Heavron described what it was like to take the cup to Magherafelt for the first time since 1978. 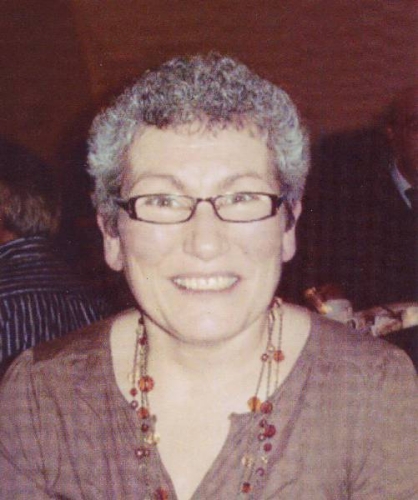 ABOVE: The late Brigid Heavron.

"It's strange to say this, but in 50, 60, 70 years time when you're burying your friends you'll always look back on this day," he said.
"This is a day when you'll sit around a wake house and say 'can you believe we won a championship in 2019?'
"This is what it means to us boys.
"We're a family. Every community is a family and this just is something special. You know my personal issues, everybody has a personal issue and thankfully we've done it for them people today."
When asked what it was like to finally get their hands on the silverware,
Heavron added: "You look up the people like (Rossa Gaels' Derry SFC-winning captain of 1978) Gerry O'Loughlin and stuff and think maybe 'will you ever?' and I thought I would never. It means absolutely everything."
On Sunday night the team received a hero's welcome in the town.
They arrived back in Rossa Park shortly after 8pm and celebrations are still going.
The club's Enda Quinn added: "Who knows when they'll stop?"