ULSTER SFC: The ‘Ror’ of a champion 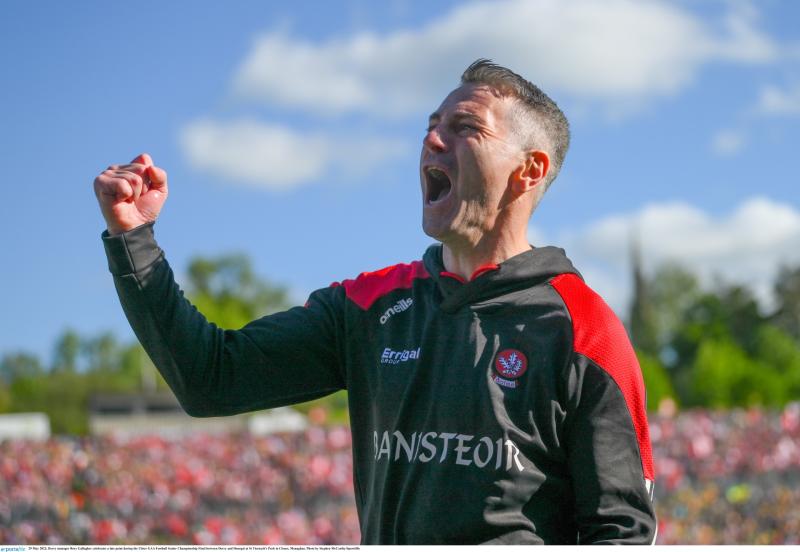 As the final whistle went in Clones on Sunday, the coolest person in Derry colours was Rory Gallagher.

It made a marked change for the man who, during the game, kicks every ball, roars until he’s hoarse and bounces around his technical area like he’s just drank five espressos.

It was a moment of reflection on a job well done. On a journey from when he inherited a Derry outfit with many issues to address - hurtling down the league ranks, desperately seeking a championship win, and a revolving door when it came to the squad.

Sitting in the changing room of Clones yesterday with the Anglo-Celt a few metres away, did he feel, back when he first took charge, that this day would come so soon?

“Not after the first six months I didn’t no. I was very annoyed. I wasn’t enjoying it whatsoever, myself or the management and probably not the players. At the same time, you see moments when you’re on the training pitch. 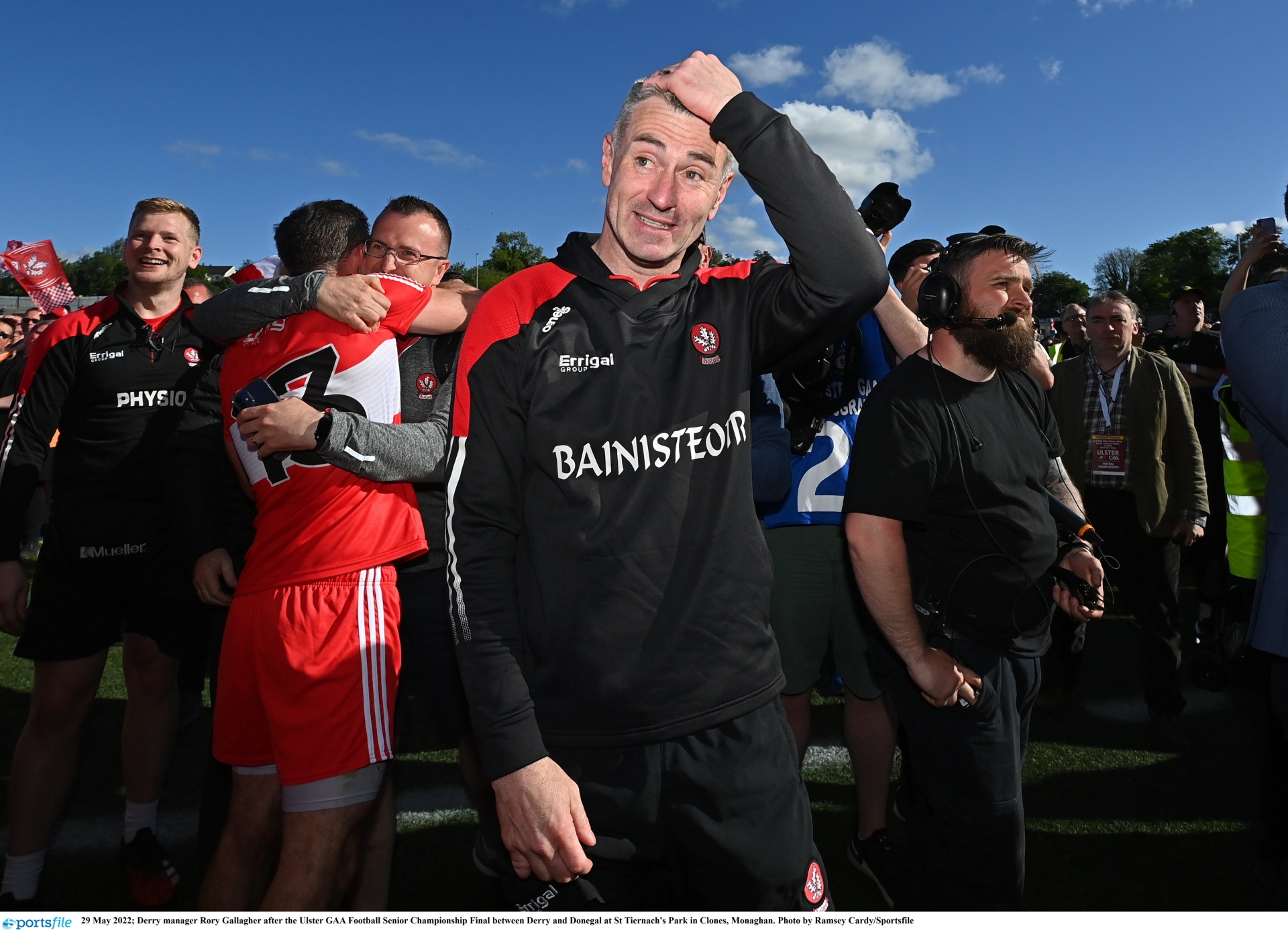 "There’s a player Oisin McWilliams and you see the quality of those lads - Ben McCarron, Emmet Bradley, Ethan Doherty - you know there is serious talent, so it keeps you hanging in to an extent.

"We had a really good time to take stock in March 2020 and since that I believed we could win Ulster,” explained the manager.

“There were personnel in the team that didn’t put the team first and I’ve no problem saying that. We got in people like Peter Hughes and Ciaran Meenagh.

“Myself and Enda Muldoon spent a lot of time talking, Anne Marie Mulholland came in, Postie became the goalkeeping coach. It’s a small, tightknit wee group and I don’t want to forget Hugh McGrath and the role he has played in it. And to be honest the split season has helped us as well, there’s no doubt about that.”

When the history books reflect on the man that led Derry to their first Ulster title in 24 years, it will be Gallagher’s name etched in stone. But he’s very quick to point that it’s far from a one-man job.

“I want this to be in your papers - bringing in Peter Hughes, Enda Muldoon and Ciaran Meenagh - what they have brought to us and me, as well as others like Stephen Barker the chairman - they have been massive because they helped shift the mentality,” stated Gallagher. 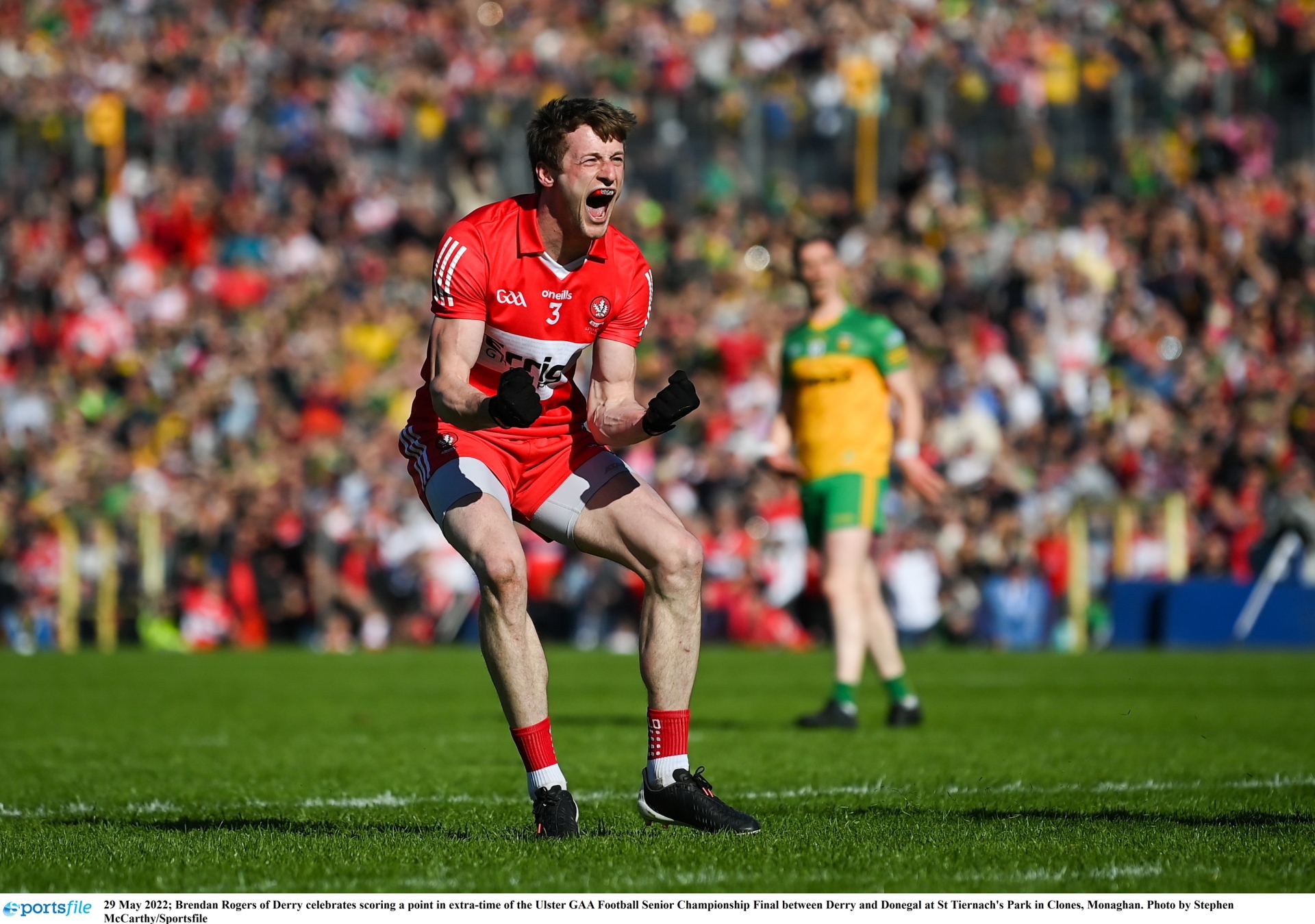 “I wanted football people like Doc who still plays for Omagh, and Anne Marie Mulholland. I am only one voice, and it would be very boring to listen to me all the time.

"Particularly Ciaran, he had the belief in them. He has taught in Draperstown, Ballinascreen 20 odd years and I owe huge debt of gratitude, as do Derry, for his belief in me and the boys.”

After a superb start to the game, getting pegged back, conceding an early second half goal, and having to pull themselves back in before rallying in extra-time, Sunday’s encounter with Donegal threw up nearly every challenge that Gallagher could have planned for. But in the end, it was all worth it.

“It was probably an epic way to win an Ulster championship and probably quite fitting. The drama, considering we played Tyrone, Monaghan and Donegal who have owned us at championship, with the exception of Cavan, for the last 24 years.

"And for these players who are bound to have watched on with huge envy and jealousy and have looked on for the last six or seven years that they not be part of it.

"So, to win it the way we did, they showed character. We felt we were the better team so we had to reprove it again, and even at the end of normal time we had the chances. 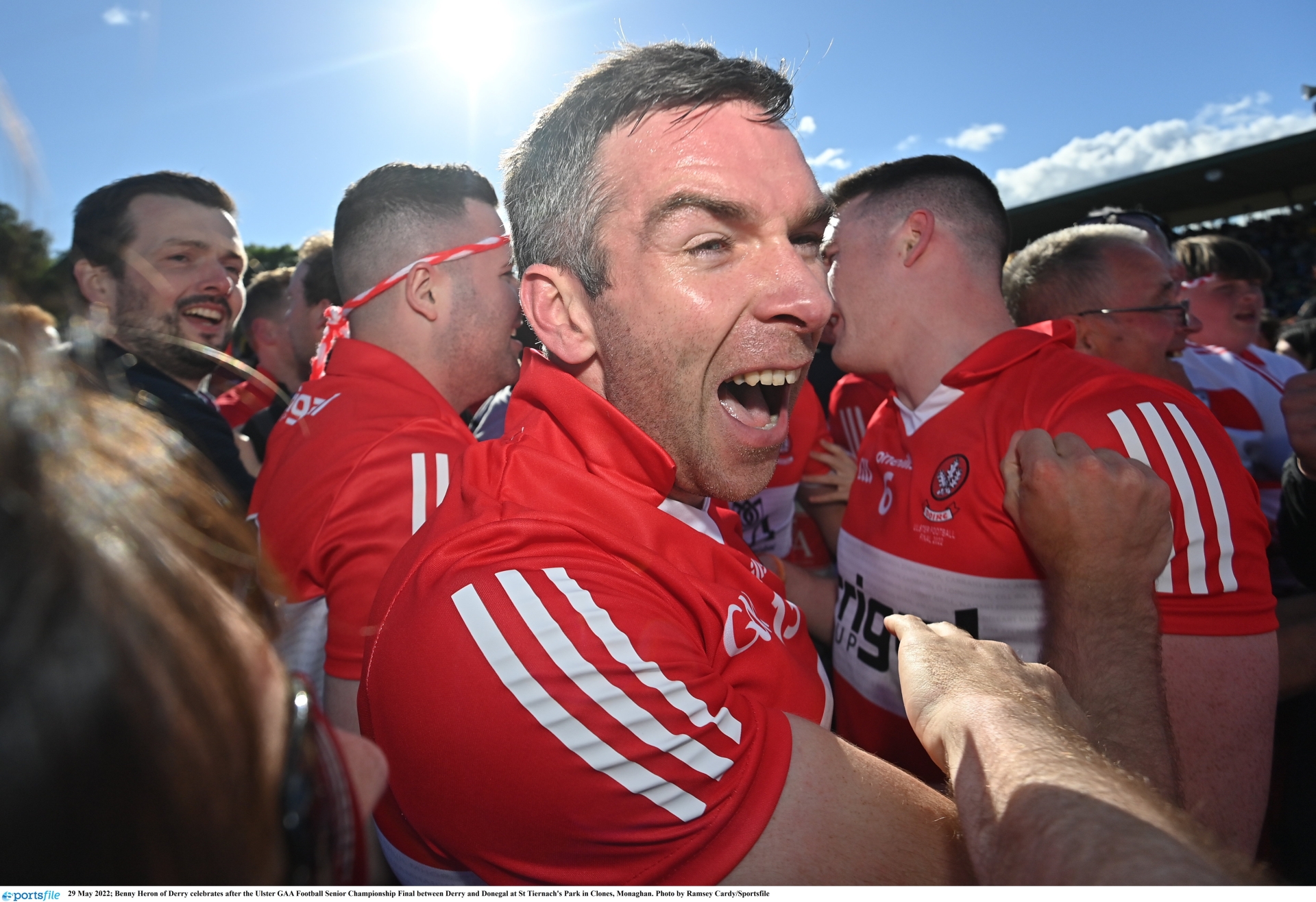 He continued: “We came from behind after giving away a shocking goal by our standards. We hadn’t conceded a goal against Armagh and Donegal, and Tyrone and Monaghan this year we didn’t bank on conceding one today but from the throw in it’s in the net.

"To show that level of character or balls or whatever you want to call it, I never doubted we’d come back but that doesn’t mean I thought we’d win - you just don’t know.”

From the team that he inherited to the family that he has now built, it’s been a rollercoaster of a journey to date for Gallagher. But through it all, through every up and every down, every win and every loss, one word remains to the fore – team.

“I believe one of the strengths of us as coaches is we make training attractive, make it something you want to go to. That doesn’t’ mean it is not tough.

"But there has to be a collective hunger and desire and enjoyment with that. Belief comes from your willingness to do the right thing and the right thing in a team environment can be very difficult for players to understand.

"You’ve got to put the team first at all times. That is why we have belief. But you don’t actually have belief then until you’ve got a real feel for Tryone, Monaghan and Donegal."

As the saying goes, to be the best, you have to beat the best. And Derry have certainly proven them have the personnel to mix it with GAA’s finest.

“Seeing them go toe to toe and to see them play at the very highest level, I am just delighted to see them playing at that level. They’re brilliant players, but they’re phenomenal leaders as well,” Gallagher explained.

“Donegal are full of them as well with Michael (Murphy), Ryan (McHugh), Patrick (McBrearty) and all them, and now these players can look them in the eye.

"At the end of the day if they met them in the street they’re not looking at them as winners, but now they’re looking at Derry as winners and I’m delighted for them.”