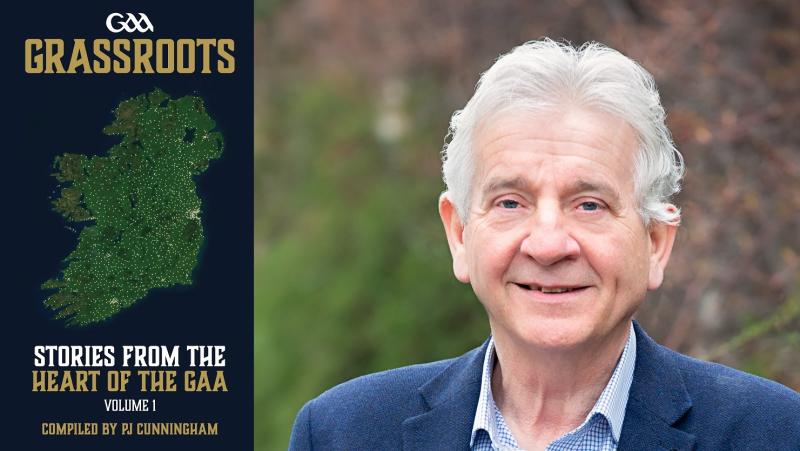 Four stories from County Derry have been selected to appear in a fascinating new book on the GAA – written by people at the heart of the association nationwide.

‘Grassroots: Stories From The Heart Of The GAA’, is a treasure trove of GAA memories, tales and incidents spanning over 150 years.

“The book generated an incredible response from every county in Ireland, as well as from the Irish abroad,” said author and journalist, PJ Cunningham, who collaborated with Croke Park on the publication.

“I have included stories not only since the GAA’s foundation in 1884, but from before, through to the Civil War and up to modern times.

“The collection is, in essence, the first time that this rich oral tradition of sideline and on-field stories have been put together and published in this form.

“It provides snapshots into the history of the GAA, recounted by the people at the heart of the action, whether those stories are happy or sad, dramatic or ordinary.”

Volume 1 has just been published and such was the response from the GAA community that work has already begun on a second collection.

The first edition includes stories from the rich history of Derry GAA.

Derry native and now Longford resident Seamus McRory writes a fascinating account of how a future president of the GAA and then Derry Co Secretary was sent off by the reigning county chairman of the time.

McRory, a prolific author himself, also pens a story that is part conundrum – how can a player score twice with the one shot at goal?

Fionnuala McNicholl writes of the pandemonium there was to get flags among supporters when the Oak Leaf county reached the All Ireland in 1993. The chairman of one club put all his faith in a machinist to ensure they were well looked after but got the fright of his life when he opened the box of flags on the morning of the final to find a Red Hand of Tyrone banner on the top. It was then he remembered the lady was from across the county border, but did she stick him up with the other flags?

More straight-forward is writer George Murphy’s account of how his father Willie, a well-known referee, was unable to tell if a player had scored a point or shot wide due to the very short uprights at a provincial ground. Guess who saved his bacon as the supporters from both sides were baying for blood?

“The folklore and stories that built up around our games are part of the reason that the organisation occupies such a special place in Irish society,” said GAA President, Larry McCarthy.

“The GAA has always been about more than just games, it is part of what we are.”

GRASSROOTS: Stories From The Heart Of The GAA (Volume 1), priced at €19.99, is available now in all good bookshops.