Rory Maguire found the net for the Brian Ógs 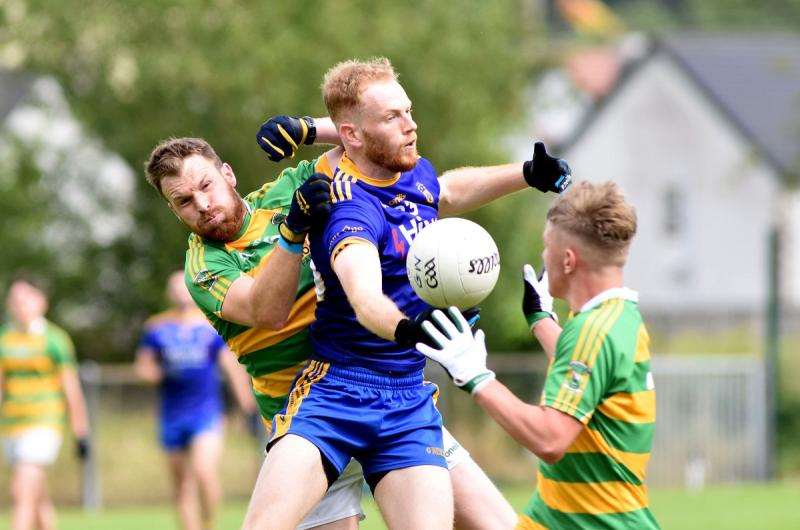 Despite playing into a stiff breeze, Steelstown laid their foundations for victory at Foreglen with nine first-half points.

Steelstown were 0-9 to 0-2 ahead on the cusp of half-time when Kevin Dunne took advantage of a defensive mix-up to score his fourth goal of the season.

The visitors passed up two clear goal chances early in the second-half and were made to pay when Foreglen struck for their second goal with Cahir O'Connor capitalising on a high ball.

Rory Maguire scored Steelstown's goal in the second-half, with Eoghan Bradley and Morgan Murray pointing the way to victory.

There was still time for Kevin Dunne to continue his run when he tucked away a late penalty, but Steelstown still pulled clear for victory.