The Oakleafers face Wicklow next Sunday 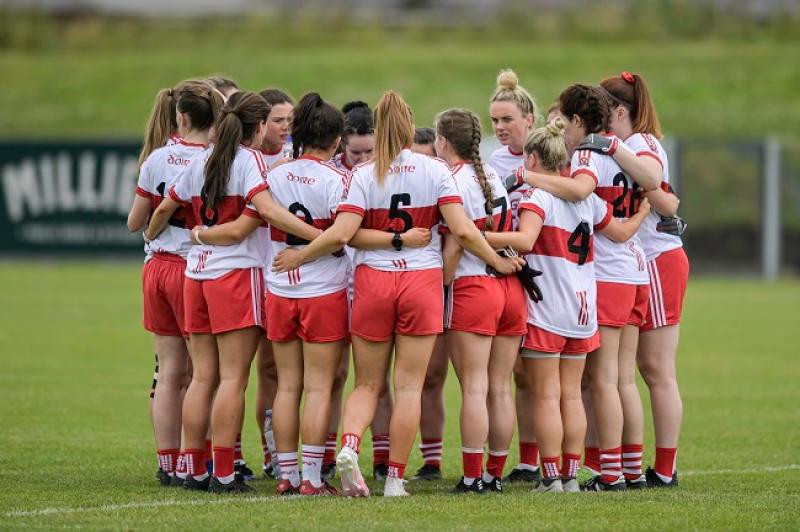 Derry must win their last game to save their season. (Pic: Cathal McOscar)

Derry head into their final group game against table toppers Wicklow at the weekend needing to avoid defeat if they are to advance in the championship following defeat to Carlow in Lannleire on Sunday afternoon.

For the third successive championship clash between the sides just a single point separated them at the finish, although Carlow would feel they should have much more to spare at the final whistle this time around.

They dominated this game for long periods and raced into a 0-3 to 0-1 lead at the first water break after Danielle Kivlehan had opened the scoring for Derry.

However, immediately on their return Derry pressed Carlow and with quick fire points from Deirbhle McNicholl and team captain Grace Conway they were level. Unfortunately we did not see enough of this urgency from Derry and with both Ciara McGurk and Orla McGeough left isolated up front scores were never looking plentiful and the support play and distribution of the ball to them too slow on many occasions.

Carlow were wasteful at the other end but credit has also to be give to the Derry defence who did all they could on the day curtailing the championship top scorer Cliodhna Ni Shé to a single point from play. Two late points for the Leinster side edged them in front at the break  0-5 to 0-3.

That was stretched to three but a fine McGurk point when she held off three defenders to fire over left two in it again. The roving Nuala Browne landed a super point between two Carlow efforts before a ball from McGeough found her club mate McGurk to palm to the net to level matters and game on with 12 minutes remaining. Carlow immediately hit back with a point from Aoibhinn Gilmartin and it proved to be the winner and their first win of the year as both sides failed to raise a flag again in the 11 minutes plus there three additional minutes.

It leaves Derry needing to avoid defeat on Sunday (Mullahoran 2.00) against already qualified and table toppers Wicklow if they are to progress to the semi-final.

Derry won the U16 and minor titles
ADVERTISEMENT - CONTINUE READING BELOW