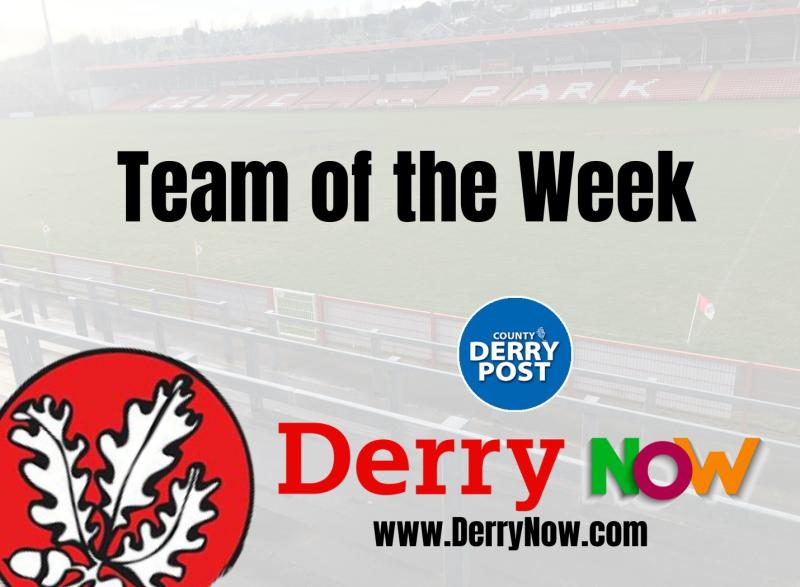 After a week of action from Derry county teams and the local club scene, here is our team of the week (ending Sunday, August 1).

2 - Sara Casey (Derry U16) - She lined out with number 15, but played an excellent role at the heart of Derry's defence

3 - Gavin Donnelly (Desertmartin senior) - Cormac Quigley has scored nine goals this season, but he got no change out of Donnelly.

4 - Patrick McGurk (Derry minor) - The skipper was excellent against Armagh star player Aaron O'Neill and got Derry on the attack.

5 - Lee Brady (Bellaghy senior) - On his senior debut for Bellaghy, Brady was a vital link from defence, scored a point and was involved in the move leading to the Tones' penalty.

6 - Kevin Johnson (Dungiven senior) - On his first start for Dungiven in three years, he capped off a fine performance with a goal.

7 - Tori Donnelly (Derry U16) - Tori was a great link from defence to attack for Derry Ladies and got a fine first-half point.

8 - James Sargent (Lavey U15) - Had a fine game in Lavey's engine-room during their championship win over Magherafelt.

10 - Gary Keane - (Ballerin senior) - The top scorer in the Derry club scene keeps hammering up the scores and he bagged 0-9 against Moneymore.

11 - John Boyle - (Ballinascreen U15) - 'Screen were convincing winners over Glen and Boyle was the fulcrum of their attack.

13 - Aine McAlister - (Derry U16) - With 3-3 to her name, McAllister was the scoring weapon as Derry Ladies overcame Fermanagh.

15 - Brid Peoples - (Claudy senior) - On top of her scoring exploits for the minors, she scored 2-5 for the seniors against neighbours Craigbane.