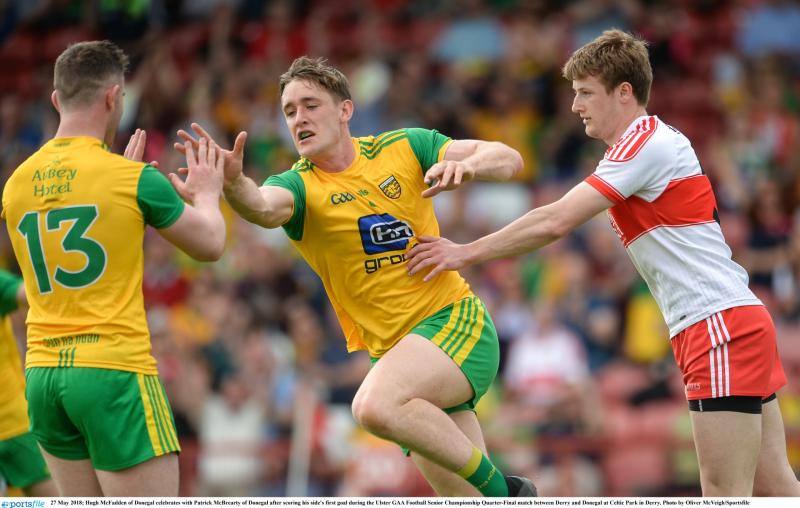 Hugh McFadden celebrates his goal with Patrick McBrearty when the sides met in 2018 Picture: Sportsfile