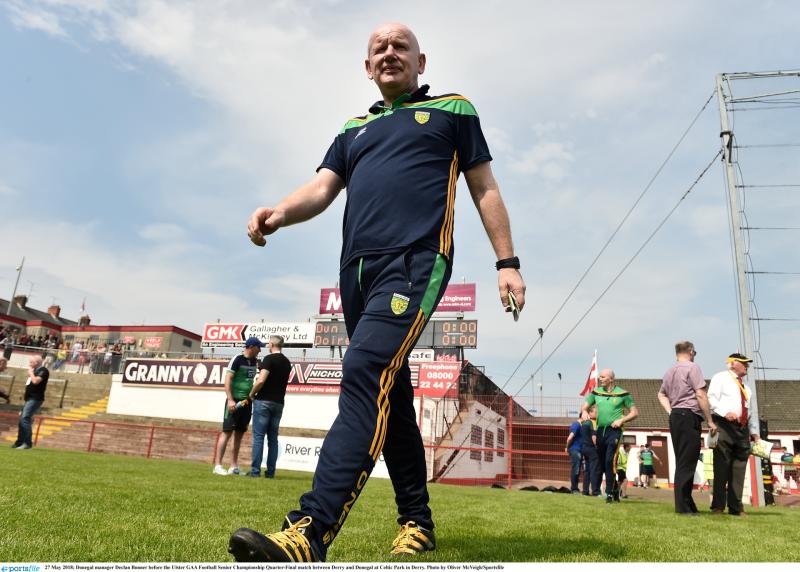 Those of you who watch the Discovery channel will know that the cheetah can go from zero to 60 miles-per-hour in just three seconds. The aforementioned cheetah would’ve only been at about 30 and still revving before it was asked: “How’s Michael Murphy?”

Declan Bonner, the Donegal manager, it’s fair to say, was expecting it. “All good,” he replied. “Listen, at the minute we’ve just one session to go, touch wood we have nearly a full bill of health, so looking forward to having everybody back.”

That means that Odhran MacNiallais, also absent of late with, like Murphy, a hamstring strain, is in contention, although Bonner added that Kieran Gillespie and Jeaic Mac Ceallbhuí were not going to be part of the matchday panel. 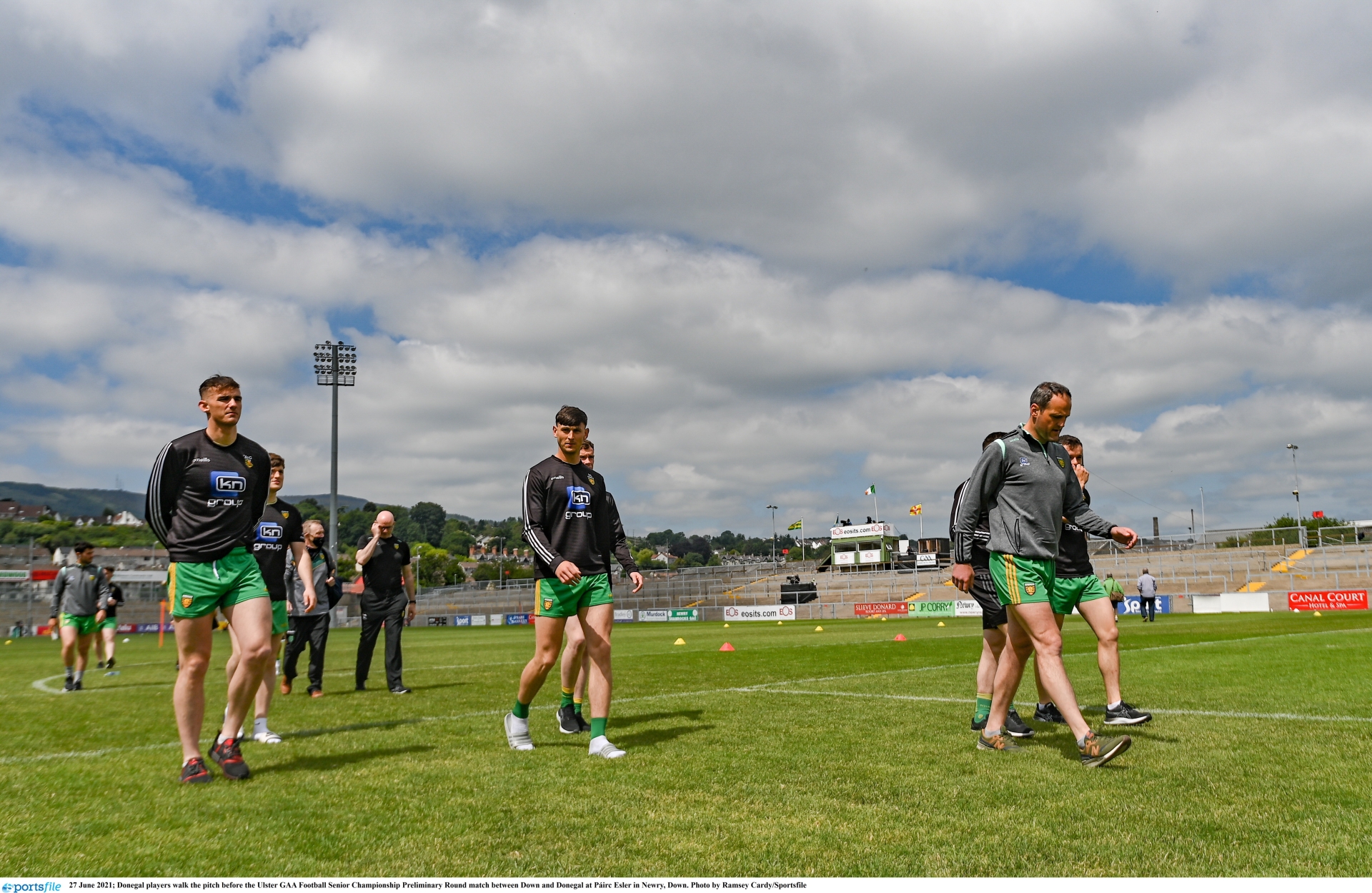 Murphy’s withdrawal in Newry was, for many, one of those wise-after-the-event conversations. There wasn't too many dissenting voices beforehand when the captain was declared fit, whereas afterwards it was said “he shouldn’t have started cause Down useless anyways.”

Donegal managed to put up their record score in championship football in a 2-25 to 1-12 win, with the 31-point accumulation topping the 4-17 scored against Fermanagh with Michael McLoone posting four goals away back in 1966. Bonner stressed in this day and age, picking a player who might be considered an injury doubt doesn’t even happen seeing there's a doubt.

“Everybody is entitled to their opinion but I suppose you need to go by the facts and the facts of the matter were, and are, that you have to go through a rigorous protocol to get yourself in contention, number one, if there are any lingering doubts,” he said.

“Michael came out when he felt it tighten up. Yeah, it’s something that has to be monitored on a daily basis, all those injuries are. There was a stage where we had eight or nine lads with the medical staff, who have done great work over the last number of weeks to get everybody back on the pitch.”

So, it’d be fair to say the same process has been followed this time with Derry rolling into Ballybofey with a spring in their step, waltzing to a Division 3 title. As Oisin McConville noted of late, they “seem to have sorted out what’s going on behind the curtain and what’s going on in front of it.” 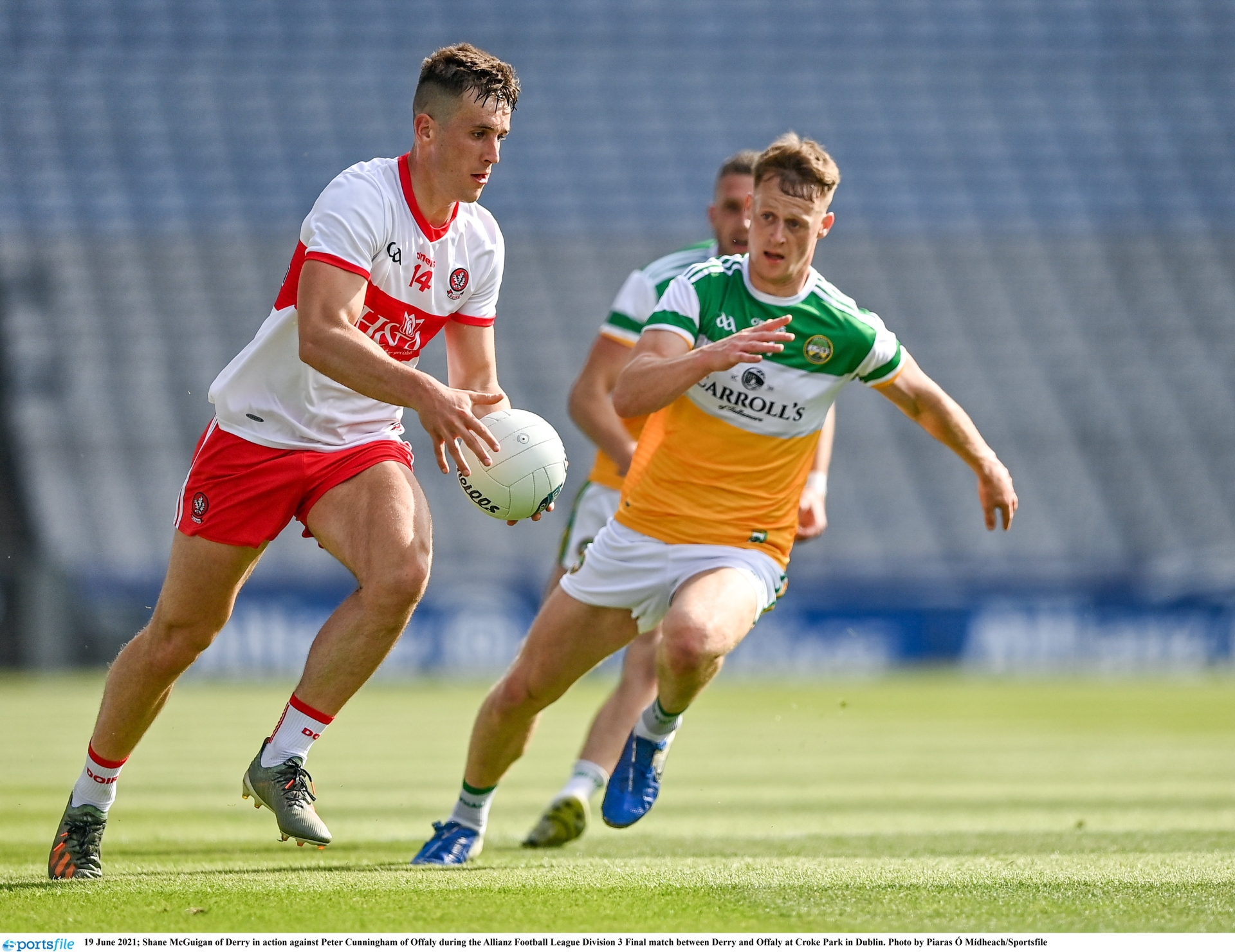 Rory Gallagher, the Derry manager, resides in Donegal having managed the county for three seasons from 2015 to 2017. Seeing it’s only Bonner, Brian McEniff and Jim McGuinness who ever brought the Anglo-Celt to the Diamond, Gallagher can count himself unlucky.

He didn’t kick the 11 wides in the 2015 provincial final, which Donegal lost 0-11 to 0-10 to Monaghan and a year afterwards Tyrone, from four down, threw the kitchen sink at Donegal and won 0-13 to 0-11 on a day you could’ve fried an egg on the car bonnets in Clones.

His final campaign, 2017, isn’t fondly remembered, with Donegal well-beaten by Tyrone in Ulster, 1-21 to 1-12, and then hammered by Galway in the qualifiers in Sligo, 4-17 to 0-14. That year though, there were first-time championship outings handed to Caolan Ward, Jason McGee, Paul Brennan, Cian Mulligan, Michael Carroll and Jamie Brennan, while Mark Anthony McGinley, Eoin McHugh, Gillespie and Eoghan Ban Gallagher had debuted in 2016.

A 15-point win in Pairc Esler would’ve satisfied Bonner, who said in the lead-up he’d have taken a one-point victory and ran with it.

He’s saying the same about Sunday. While Down were indebted to Barry O’Hagan, who was excellent for spells, it must’ve been frustrating for their support to see the ease of which Michael Langan, Ciaran Thompson, Jamie, Brennan, Patrick McBrearty, Peadar Mogan, Niall O’Donnell and the likes could swing over scores.

Defensively, Donegal still had questions to answer, with Caolan Mooney grabbing a Down goal early in the second half and Shaun Patton forced to make a couple of stunning saves. Goals, though, and goalscoring opportunities, happen in football. Bonner, in a polar opposite to, say, McGuinness on appointment 11 years ago, has the majority of his trump cards in the forward line.

“The ideal scenario is to outscore your opposition and win the game, that’s all we are looking to do on Sunday,” Bonner said.
“If we come out with a one-point victory to get into the semi-final, that’s all we are looking for. We have a lot of attacking options, but it’s always good to get that balance right between defence and attack, and it’s not just about the back six anymore.”

That’s 6-88 for and exactly half that against, with Shane McGuigan top-scoring with 2-34, 19 of which were frees and one a sideline. Gallagher might have a reputation as something of a defensive coach, perhaps having been with McGuinness in Donegal and then taking an unfancied Fermanagh to the 2018 Ulster final.

But like Bonner, he’s now making best use of who he has available, in a county which occasionally struggled to get the best available for one reason or another.

Whether Gallagher continues with that sense of adventure remains to be seen. Perhaps we'll see something of a partial return to the unfair defensive stereotype as an option against a Donegal team who are comfortable enough taking on most teams in a shootout. He’ll be looking for balance, one suspects.