Rossa pick up second win of the season 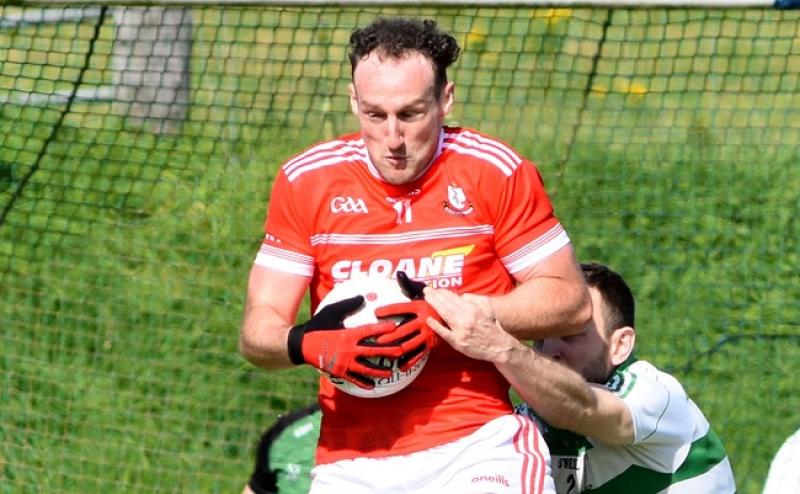 Ballinderry were made rue a lacklustre first half, coming up short after a spirited comeback at Shamrock Park.

Magherafelt started the game with intent and opened the scoring through Antone McElhone, but the Shamrocks hit back through Eoin Devlin and Glenn McOscar both from play.

A 1-2 burst in quick succession, including a Danny Heavron goal, put Magherafelt firmly in control as the Shamrocks tried to keep in touch.

Another score from McOscar, who should've hit the net with the goal at his mercy, and two Conor O'Neill points were all the Shamrocks had to show for the remainder of the half as Magherafelt went in comfortable at half time. A Shane Heavron goal helped them to a 2-7 to 0-5 lead.

O'Neill and a superb point from play from Glenn McOscar saw the Shamrocks off to a strong start after half-time. Magherafelt, who scored all but a point from play, went nine points clear and while they were in control, failed to kill off the game.

A goal from Oisin Duffin gave Ballinderry a lifeline as Magherafelt struggled to get going. Further frees from O'Neill swung the momentum in Ballinderry's favour.

A late McOscar goal brought the sides to within a point and made for a nervy finish and when Conor Kearns was fouled after a breakaway, Heavron tapped over the insurance point before O'Neill had the last say for the Shamrocks.