Faughanvale open the new season with a victory at Foreglen 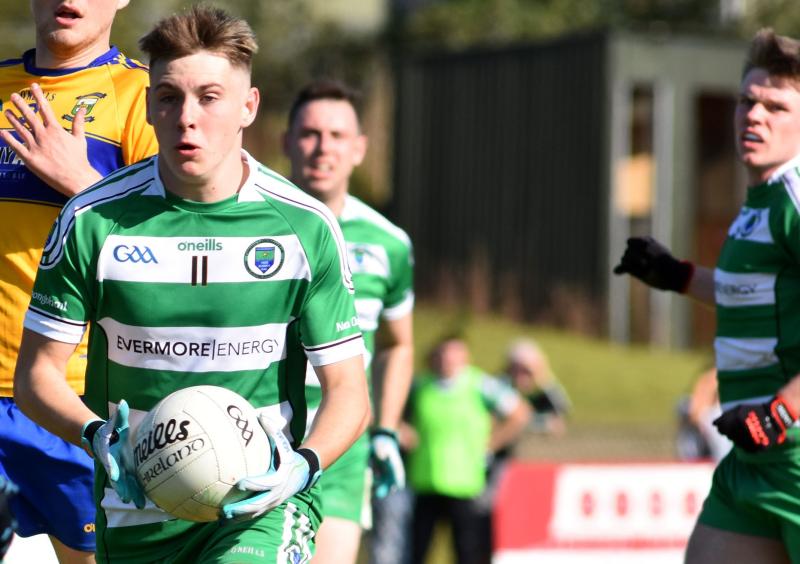 A fortuitous first-half goal from Conor McGuinness helped Faughanvale to victory in a cagey encounter at Foreglen in the opening game of the season.

Joe Gray has had his hand strengthened by the return from injury of Oisin Quinn, while Dean Curran has transferred from Doire Colmcille and former player Eugene O'Kane has moved back after spells with Banagher and Limavady.

Curtis O'Hara scored two points in the first ten minutes for the visitors before both sides went on to squander a host of missed chances. Mark Creane and Kyle McGuinness added scores to settle the 'Vale.

The defining moment came when Conor McGuinness lofted a pass in the direction of Curran, but the flight of the ball deceived everyone and ended up in the back of the Foreglen net.

Faughanvale started to dominate midfield at the start of the second half with some excellent fielding from Creane. Scores from Paddy O'Kane and Connlaoth McGee stretched their lead to six points.

After a second water break Foreglen – who lost Johnny O'Dwyer to the sin-bin - started to come back into the game bringing the match down to three points, but Paddy O'Kane hit the insurance point for the visitors.