A second title in a week for Desertmartin 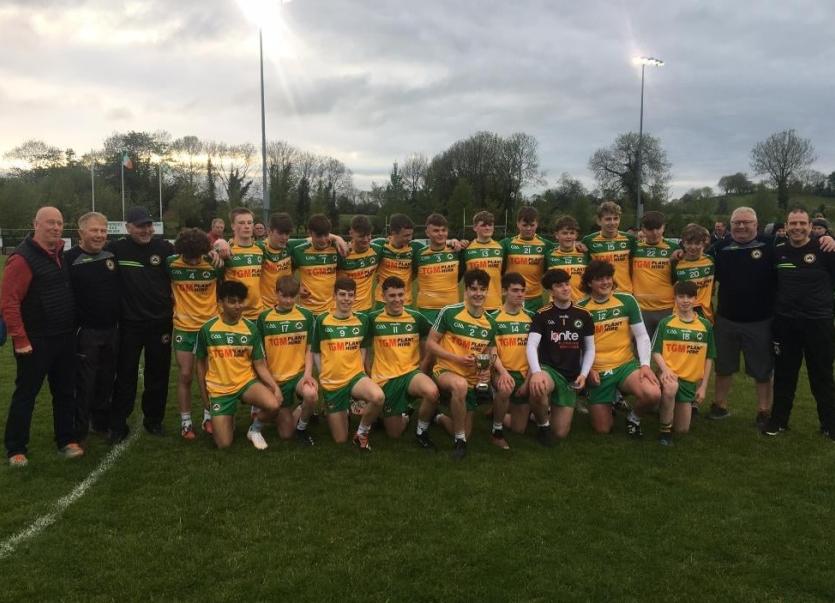 Desertmartin celebrate a second title in a week.

With six players who played in their minor final win over Ballinascreen, the Martin's clinched the second of their refixed 2020 finals in an exciting U16 decider on Friday night in Loup.

Murtagh stole the show an unbelievable display from the wing forward, with 1-7 of his tally coming from play.

A game that could have went anyway for the most of the game until the St Trea's and St John's (an amalgamation of Ballymaguigan and Moneymore) were reduced to 12 men and it was an uphill battle after that.

The Martin’s went five points up before St Treas and John’s got off the mark, but they soon settled in and it was a close contest after that with the Martin’s always keeping their noses in front until two goals from magic Orzel turned the game on its head.

A slicker Martin’s, led by Murtagh, didn’t panic and plugged away to get back on top and when they did they were not going to be denied.