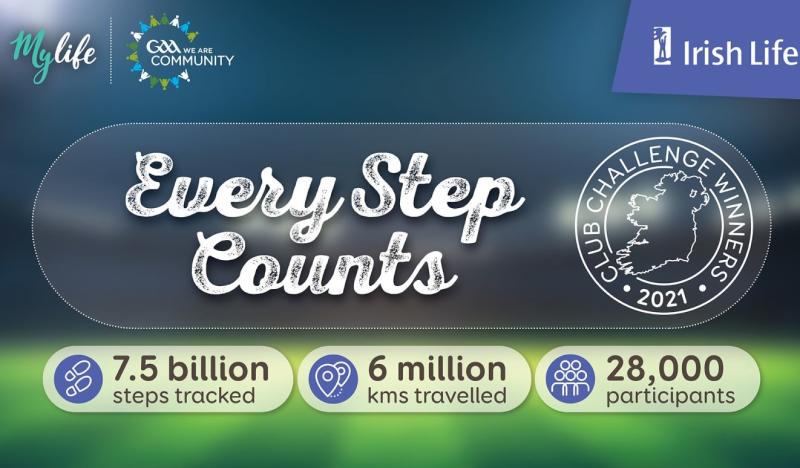 Lavey were among winners of the recent Healthy Club / MyLife by Irish Life Steps Challenge.

They will receive a €1,500 O'Neill's Sports Voucher about being selected as one of the winners among 700 clubs that took partl

Between January 13th and March 3rd, 28,000 GAA members walked a combined total of 6 million kms as part of the ‘Every Step Counts’ challenge hosted on Irish Life’s MyLife App.

To put that into perspective, it is the equivalent of walking the circumference of the earth 15 times; a combined step
count of 7.5 billion.

The aim of the challenge was to offer GAA members a fun incentive to stay active within their 5km radius. On average, each participant walked just over 200km.

It was the second such steps challenge delivered during the pandemic through the GAA’s award winning Healthy Club
Project.

A club target of 4,000km was set for the ‘Every Step Counts’ challenge – the equivalent of a circuit of the coast of Ireland. All clubs that achieved this goal were entered into randomised draws in their province for gear vouchers worth €2,500, €1,500, and €1,000, generously provided by Irish Life as part of their on-going CSR partnership of the Healthy Club Project

An additional €23,000 worth of gear vouchers were set aside for specific achievements within participating clubs, with the winners to be announced next week.

Winners of random Ulster draw amongst all clubs that reached 4,500km target: