Derry ladies continue their preparations for the 2021 season 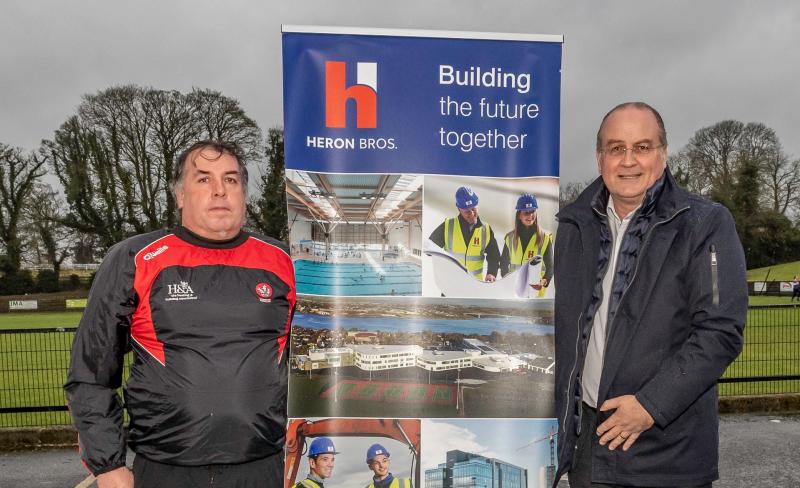 It continues to be a hectic start to 2021 for Derry Ladies are 'delighted' to announce a two-year sponsorship deal with local construction and property development company Heron Bros.

They are unveiled as main sponsor of Derry U14 and U16 teams, in what represents a major two-year deal for the sport.

The news follows the recent news of GO's sponsorship of the senior and minor teams and a kit deal with O'Neills.

"Heron Bros originally committed their support in 2020 but due to Covid and the withdrawal of underage inter-county football from the Provincial and National fixtures structure, they agreed to roll their support over in 2021," outlined Derry LGFA Development Officer Paul Simpson, who said it was 'fantastic news' and a 'significant step forward' for the underage game.

”We celebrate Heron Bros as Derry LGFA’s first official principle underage sponsor in what is a much needed boost of corporate support, which will see investment directly into the development of Derry inter-county U14 and U16 football and we are extremely proud to forge this exciting partnership," Simpson added in a statement released to the County Derry Post.

Pascal Doyle steered Derry U14 girls to an All-Ireland Final in 2019 and Simpson says the sponsorship deal represents 'huge progression'.

”The Derry Ladies management team are forward-thinking, innovative and driven and we hope to announce more exciting partnerships in the coming weeks, as we continue to drive the sport forward and enter a hugely exciting period for Derry ladies football.

"We are excited to forge this partnership welcoming Heron Bros to the Derry family and look forward to growing our relationship further in the next two years and beyond."