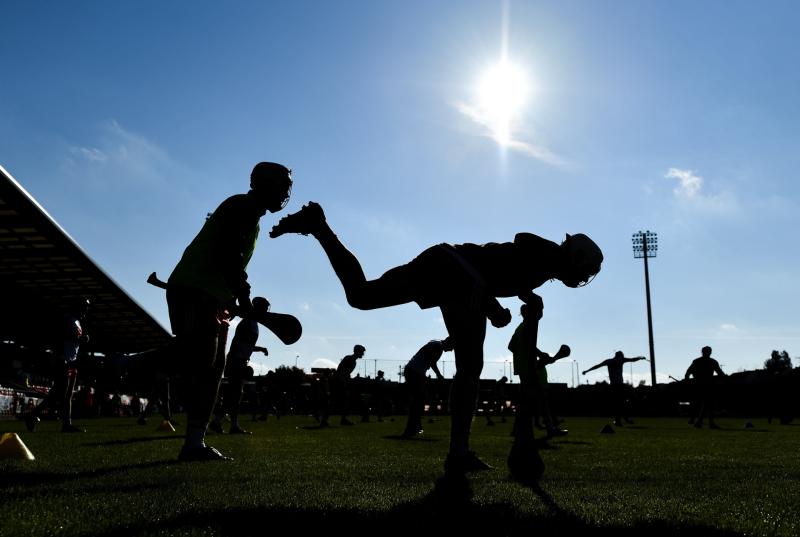 Connacht CEO John Prenty gave his two cents last week, stating he wanted inter-county activity capped at three sessions per week, with just two in the week of a game.

“GPA cooperation is required to police this,” he added in his report ahead of last Thursday's provincial convention out west.

This column also feels there would be some mileage in Prenty's thoughts, which he said would stop what he called the 'runaway train' that is the inter-county game.

While he cites costs as one of his reasons, and it is an issue, I think a more streamlined county scene would allow club and county to dovetail nicely together.

Albeit forced on us by Covid-19, the split season has already been a great move by fixture chiefs in the association. It enables club and county to have their dedicated piece of the pie, something Shane McGuigan outlined in a recent interview.

It allowed players, in his experience, to be fully in the room when the county or club is taking preference. No more would it be a case of just having one eye on the prize at stake.

And the club game delivered by the lorry load. It offered a product that the national print and broadcast media embraced. Club players were now front and centre. Just as they should be.

On the county scene, we will park the overused (but not unjustified) 'Dublin are miles ahead' narrative for now.

The 2020 season gave us Cavan, a story that so many of us can be inspired by.

But with a shortened championship, it allowed us to escape the kerfuffle of the Super 8s. However, we paid the price with two landslide semi-finals.

Tyrone, Donegal, Galway, Cork or Kerry would have added more substance to the last four hands grasping for Sam Maguire. It's up to them to get themselves back out of their province.

Until Leinster can get back to the level Dublin are at, we are always going to have a lopsided championship.

That's why I feel John Prenty's thoughts need proper consideration. It's time the GAA took a truthful look in the mirror. And reflect where it will be in five years time.

Almost five years ago now, I had a conversation with a club manager. One of those off the record 'what do you think of the game' type of chats.

As we tried to put the world to right, he said one thing that summed up our conversation.

We agreed that an All-Ireland winning manager lifting the lid on his team's path to success, revealing just two collective training sessions per week as the core to their championship fine-tuning would be a game-changer.

It wouldn't be long until every manager would follow suit. The sheep mentality in us latches onto winning trends.

Kieran Donaghy was in the inter-county wilderness, a midfielder on the fringes of Kerry's starting 15, until Jack O'Connor threw him in at full-forward during a qualifier game against Longford. It worked a treat, in that Jack had the players to leave the ball hanging over his head and make him the ideal target-man. Donaghy became highly effective in Kerry's system.

Soon club managers were throwing every big man they would find, not making the cut at midfield, onto the fringe of the square. Players were put in goals for their kicking accuracy to be the next Cluxton. After Alex Ferguson's use of super subs Sheringham and Solskjaer to land the 1999 Champions League, certain players were soon called 'impact men', left on the bench so a manager could finish with a stronger team when he started when the defenders' legs began to tire. People are easily influenced.

Mick O'Dwyer and Kevin Heffernan always ramped their training up if they lost out to each other in the 1970s tussles between the teams. O'Dwyer was reported to have trained the Kerry team 27 days in a row, to find an edge.

That's why it would be a breath of fresh air if Dublin and Limerick, the GAA's current benchmark, were to strip back their management teams and train collectively for two pitch sessions a week.

With an increase in the number of gyms in clubs across Ireland on the up, would it not make better sense for county players to conduct their strength and conditioning work among their grass-roots.

Counties who have invested a small fortune developing state of the art facilities will be pulling their hair out, but there are benefits to be had from a change in tact.

Firstly, it would save the county board an extra couple of nights of travelling and feeding expenses. The players would have a greater bond with their club, who have spent money to kit out their facilities.

Every county player would be given a programme to follow and be tested at various key intervals. Let's face it, the players who really want to succeed will follow the plan. They could even educate their club friendship group on the basics, so there is a trickle down effect. And they can revolve the gym session around their work, family and getting home to watch Liverpool or Man United slug it out on the telly.

The multiple lock-downs have shown us that video analysis meetings could all be done remotely via zoom. Counties could streamline feedback to last shorter and done from the players' sofa.

All of a sudden, the inter-county scene – while still offering a high level of preparation – is no longer equivalent to a second job, with the amount of travel and collective time a player has to commit to.

Imagine this was of Peter Keane's tale after Kerry could manage to win Sam later this year and everyone followed.

It would leave team expenses more manageable to county treasurers.

Players would be able to fit in study, a family life and overtime at work. If this was the case, would the six (at least it was at the time of writing) Mayo players have retired?

I think it would allow players to have a longer playing career, it would mean that less players would be fast-tracked in from minors. It would allow students to get a proper crack at playing for their Fresher and Sigerson teams. The club and county U21 competitions would find a proper home.

As a result, the inter-county game would be closer to the amateur side of the scale than elite.

The knock-on is having a better balance all round – both in the county's bank account and the players' lifestyle.

And they will still get the buzz when they run out to test themselves against the best every other county has to offer.

I have never met John Prenty, but I like his idea. It makes so much sense.