Sideline View: Time for all codes to unite 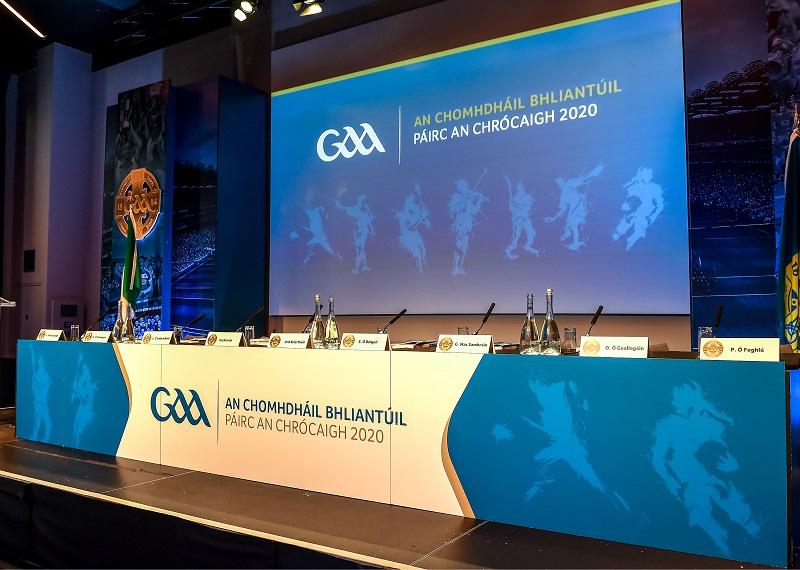 One of the greatest mysteries has always been why all facets of the greater GAA family don't dine at the same table.

Ladies football and camogie, while they bring so much to the association, are still on the fringes. To a few, they have the same respect as their male counterparts, but not by all.

I write this as the news breaks of Kamala Harris being sworn in as the first female Vice President of the USA, at a time when new President Joe Biden set about uniting the country.

The camogie (1905) and ladies football (1974) boards were formed after the main body of the GAA in 1884, but to many they have always come under the loose GAA umbrella. But officially, and more importantly, they should all be part of one association.

At county level, venues for camogie and ladies are rolled out after football and hurling have theirs set in stone. It's not uncommon for teams to be finalising their training without knowing where they are playing.

Just like in Croke Park, all provinces and counties have their separate fixtures boards. But I'd like to see it all rolled into one. It just makes sense on so many levels.

Teresa McKenna (Derry Ladies GAA) and Colette Darragh (Derry Camogie) are exceptionally helpful when seeking information for games. Likewise, Breige O'Neill with all things football and hurling. No doubt there will be a degree of working together in the background. Why not take it a step further, with a central committee that leads the various codes?

There is so much common ground. And, overall, it would help on so many fronts – promotion, sponsorship, links to the media, sorting referees and venues. The benefits are endless.

God rest Hugh McWilliams, but his H&A brand is emblazoned across all Derry and Ballinascreen gear. Hurling and camogie. Ladies and mens' football. That says it all.

Uniting all parties is not something that could be done over night and it wouldn't be without its teething problems, but it should be granted adequate time at the committee table.

When you think of the households across Ireland, where players are representing the various codes. It makes sense to have a more joined up approach.

Last week, I spoke to Magherafelt's Sara Gribben who has been the club's camogie Chairperson for 20 years and she is very highly thought of for the efforts she puts in.

Likewise, a lot of males have channelled a lot of effort for the betterment of camogie and ladies football. As a wider association, total integration is the way forward.

A few years back, Slaughtneil ran a highly successful fundraising draw. At the heart of it was Bernie McEldowney, who worked diligently with her husband Eamon, as they kept tabs on over £250k.

The Emmet's adopted the GAA's 'One Club' model. The senior captains and coaching officers of all three codes are on it.

There is also a fair sprinkling of all codes across the main committee. And so it should.

Desertmartin Chairman Pat Kidd is proud that their club committee has many women on board as men.

In 2017, the GAA, Ladies Football and Camogie Association came together to produce a 12-page set of guidelines for clubs to run their affairs.

When you think about the amount of different skills a club's membership now has, the potential is endless. There are experts in fundraising, coaching, running events, health and well-being, all with the personality to link into the local community. It can be tied together with the use of technology. It gives everyone the chance of belonging.

The only drawback can be those looking out for their own kids, but a strong chairperson and high standards will quickly knock that on the head.

I just think that all this potential can be railroaded if the GAA is not totally united. There is a school of thought that feels the 'men's side' have invested all the money in sponsorship and infrastructure and should keep the 'mainstream GAA' on its own.

In my opinion, that's a very shallow mindset. In this day and age, equality is everything. Any organisation worth its salt will want the best people involved. That's how the GAA needs to be sold.

The USA, for the circus it has become over the past four years, has made a seismic statement by appointing Kamala Harris. Why?

Because, like newly appointed Galway United manager Lisa Fallon, she is the best candidate.

For the GAA, they know what all the ingredients have to offer at the top table's finest feast. So, it's time to put them all on the official shopping list.