'No update' on appointment of new Derry senior hurling boss

Dominic McKinley sounded out about a return to the role 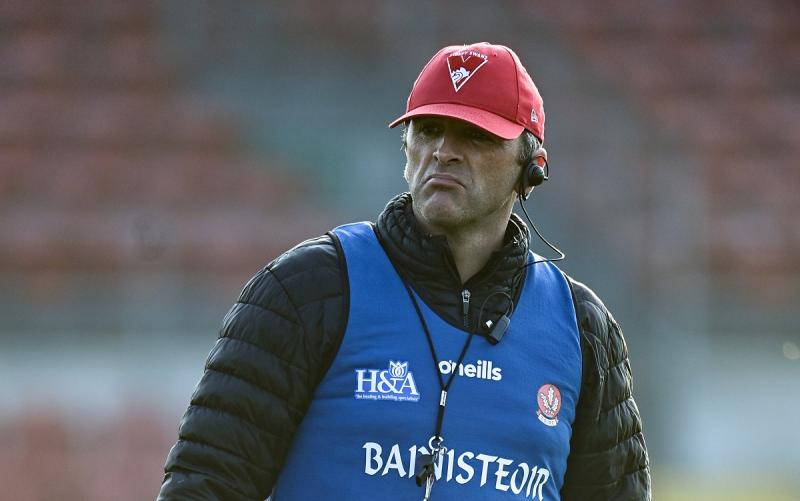 Derry GAA have confirmed there is 'no update' on the process to appoint a new senior hurling manager.

Former Antrim manager and current Slaughtneil camogie coach Dominic McKinley has been sounded out by Derry about the post, while a management team, led by former Antrim hurler Michael McCambridge, have declared their interest in the vacancy.

John McEvoy stood down from the post earlier this month, after two seasons at the helm. He was appointed, under former Chairman Brian Smith's watch, to succeed Collie McGurk in December 2018.

Nominations for the new manager were sought from clubs, and the County Derry Post understands that no names were sent forward before Sunday's deadline.

The experienced McKinley told the County Derry Post that 'a conversation' took place about the possibility of putting himself forward for the job.

The former Saffron boss managed Derry senior hurlers back in 2002 and has been involved in his native Antrim in various stints and age groups.

The 1983 All-Ireland Club winner with Loughgiel has been an important cog in Slaughtneil's recent rise to the top of All-Ireland club camogie, with three titles and for Ulster championships.

Elsewhere, a management trio of Michael McCambridge, Michael McCullough and Cormac Donnelly have declared an interest in taking over from John McEvoy.

Speaking yesterday, also to the County Derry Post, McCullough said himself and Donnelly were approached separately if they were willing to get involved.

They are interested and have provisionally put a management team in place, with Michael McCambridge as manager, should any official approach be made.

McCullough is currently coaching Dublin side Ballyboden St Enda's, who he helped to the 2018 Dublin title and spent two seasons with Dublin seniors under Mattie Kenny. He coached Derry seniors and U21s, who won back to back Ulster titles, under Brian McGilligan. In camogie be managed Rossa and Antrim to All-Ireland success.

Carrickmore manager Donnelly steered them to the Tyrone title after a spell coaching Slaughtneil to Derry and Ulster glory under Michael McShane.

The new Derry manager will be faced with the target of getting promotion from NHL Division 2B after reaching the league final in the last two seasons.

Derry won the Nicky Rackard Cup in 2006 and more recently in 2017. They still seek a first Christy Ring Cup title. They lost the 2015 final and were beaten in the semi-finals by eventual champions Kildare (2018) and Meath (2019).

The trio of Ryan O'Neill, Kevin Kelly and Martin Birt will remain in charge of Derry's U17 hurling squad for a fourth year.

They won back to back Celtic Challenge titles in their first two years with 2020 lost to Covid-19. The role also doubles up as the U20 hurling management.