Enda Lynn has been dropped from Derry senior panel 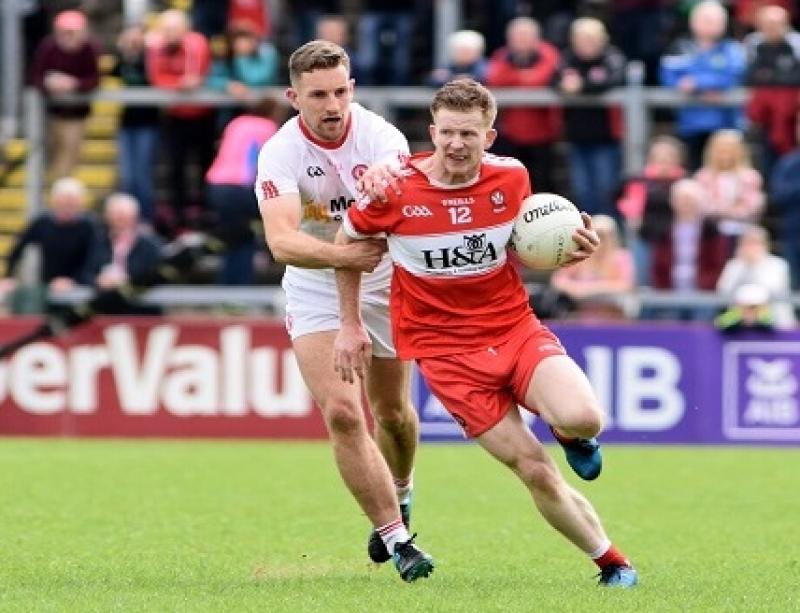 Former Derry senior captain Enda Lynn may not be part of the county's plans for next season after Rory Gallagher confirmed he has been dropped from the panel.

Lynn, 33, made his championship debut in Derry's 2009 defeat to Monaghan, after previously making his debut with a man of the match performance against Armagh in the McKenna Cup the previous season.

He was the longest serving player in the Derry squad, ahead of current skipper Chrissy McKaigue and this news casts a shadow over the Greenlough man's inter-county future.

Barring his cruciate injury last year, he missed just two games in all competitions for Derry in the last three seasons, the 2017 qualifier win in Waterford under Damian Barton and a league win over Wicklow under Damian McErlain two years later.

Recent speculation suggested Lynn had been dropped from the senior panel. Yesterday, without making any further comment, manager Rory Gallagher confirmed to the County Derry Post that the Greenlough man was no longer on the panel.

Also, when contacted, Enda Lynn, chose not to make any comment on the matter.  He is concentrating on fully getting over his knee injury that caused some concern during his club's run to the intermediate title last season.

“We haven't a senior panel finalised, but they are players definitely on our radar...they are the two we have on top of what we have at the minute,” Gallagher admitted.

The Derry boss is 'hopeful' defender Karl McKaigue will make a return next season and that surgery on his Achilles injury 'went well'.

“We are hoping he will be back around March/April but it is still very early days,” Gallagher said. “We know the type of character Karl is and he is a physio, so has an understanding of his body. We'd be hopeful, but we'll have to take it easy with him.”