Ciaran Cunningham is rubber-stamped for the 2021 season 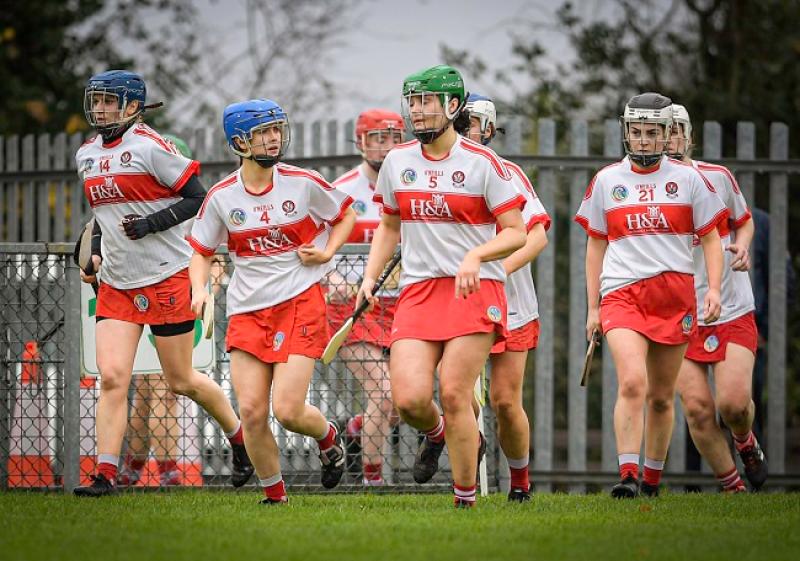 Derry camogie manager Ciaran Cunningham has laid down the gauntlet to clubs across the county, insisting all the best players must commit to the county.

Speaking after Sunday's defeat to Meath, Cunningham stressed the need to 'build a club' within the county squad, if Derry camogie is going to push on to the next level.

Cunningham steered Derry to Ulster glory during his last tenure and was appointed this year on a three-year deal at the start of 2020. He met with Derry officials on Sunday in Templeport and is rubber-stamped to stay at the helm.

“The future is bright for Derry, but they (the squad) have to stay together to be able to push on,” he told the County Derry Post.

Cunningham hinted at adding someone to his management team to keep the momentum 'moving' and after their short window since lockdown, the squad needs a consistent run of games.

“It has been a crazy year,” he admitted. “Those young girls...they need a league under their belt and to go into the championship with seven or eight games played. This year, they were thrown in right at the deep end, it is a credit to them.

“They have been playing away with their club, but I have to try and build a club within Derry. It is hard to do it in that short space of time.”

Cunningham stressed that it didn't matter who was managing the county, they were only a 'facilitator'. The real power lies within the clubs.

“Slaughtneil retained their title, Swatragh pushed them to a replay, Ballinascreen were dogged against them in the semi-final and Lavey put in a good show against Swatragh.

“The club is your foundation, but I would love to get all the top players playing for Derry. It needs to be seen as the big prize...the big apple. If it is, there is a possibility for development in Derry and to push on.”

Meath came through the league unbeaten, with hard-fought wins over Cork and Kilkenny, who Derry have both beaten in recent seasons.

For Cunningham, it is not about getting a consistent set of results.

“You can only get to that standard if you unite like a club team within your county. To unite like that, we have to get a chance to develop them.

“When you come in (to the panel) at the start, it's hard to feel part of it. It takes a while and that's my aim, to make them feel part of the county scene. That they want to come to the county and they go and tell their club mates to come and see what it is like.

“I am bitterly disappointed (with Sunday's defeat), but I see a bright future and the key is keeping those girls together and adding to it to keep them hungry and pushing on.”

For a full report, photos and reaction from Derry's defeat to Meath, grab a copy of this week's County Derry Post.